Perhaps it was bigger than this - about internet freedom - trying out ACTA?
Is This The Real Reason Why MegaUpload Was Shut Down? 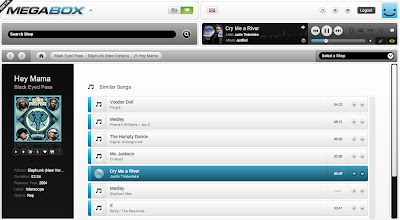 Forbes,24 January, 2012
The internet is up in arms over the federal crackdown of file-sharing website Megaupload, from irate blog posts to coordinated digital attacks on secure government servers. The move appeared to be a sort of governmental muscle flexing in the wake of the successful internet protest of SOPA and PIPA. But was there another reason? In the weeks before the crackdown, Megaupload was planning on launching a new music sharing website called Megabox that looked like it had the potential to completely transform music distribution, and even find a way to pay musicians in the process.
From TorrentFreak, via Digital Music News:
“UMG [Universal Music Group] knows that we are going to compete with them via our own music venture called Megabox.com, a site that will soon allow artists to sell their creations directly to consumers while allowing artists to keep 90 percent of earnings,” said MegaUpload founder Kim dotcom.
“We have a solution called the Megakey that will allow artists to earn income from users who download music for free,” Dotcom said. “Yes that’s right, we will pay artists even for free downloads.  The Megakey business model has been tested with over a million users and it works.”
This smacks a little of conspiracy theory, but there may be some truth to the timing. MegaUpload no doubt looked like a good target for FBI attention even before this new development,  considering it was prime hacker territory and its founder was living like a Colombian drug lord in New Zealand. But the timing seems a little serendipitous, especially since MegaUpload had even begun to acquire legitimate partners in the form of 7digital, Gracenote, Rovi and Amazon.
Posted by seemorerocks at 17:09