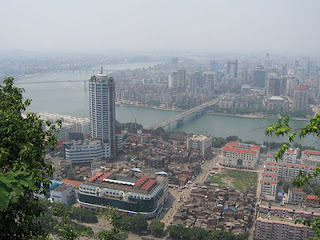 Business Insider,
30 January, 2012
SHANGHAI (AP) — China's environmental authorities were redoubling efforts Monday to prevent a toxic cadmium spill from further tainting water supplies of cities downstream, as seven chemical company officials were reported detained in connection with the accident.
Official reports have provided little information about the exact cause of the spill, whose impact was first seen in fish kills in mid-January. The contamination initially was blamed on a mining company, but the official Xinhua News Agency reported late Monday that seven managers of chemical companies had been detained on suspicion of responsibility for unauthorized waste discharges.
Cadmium, used to make batteries, is poisonous and can cause cancer.
For article GO HERE
Posted by seemorerocks at 13:42