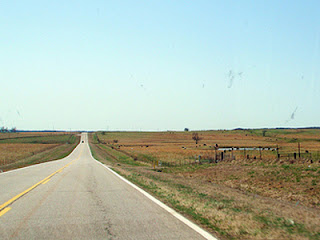 Business Insider,
28 January, 2012
An Oklahoma state senator introduced a bill on Tuesday (Jan. 24) that would ban the manufacture or sale of food containing aborted human fetuses.
Ralph Shortey, the freshman Republican who introduced the legislation, acknowledges he is not aware of any company in Oklahoma or elsewhere that is attempting to sell food that contains fetuses, but he said, "There is a potential that there are companies that are using aborted human babies in their research and development of basically enhancing flavor for artificial flavors."
That was news to representatives of the U.S. Food and Drug Administration and Oklahoma's anti-abortion movement.
Shortey said he did research over the Internet that led him to believe some companies may use embryonic stem cells to help develop artificial flavoring. "I'm not entirely sure if there are any" companies doing this, he said in an interview on KRMG Radio. "But the fact is that there is a potential that there are companies that are using aborted human babies in their research and development of basically enhancing flavor for artificial flavors. And if that is happening — because it is a possibility — and if it's happening, then I just don't think it should even be an option for a company."
Shortey added that such activities would be just one step away from forcing every human being to be an organ donor ? "kind of what we're doing with these children. Before they're born, we're going to kill them and then we can do anything we want to with your body."
Asked about the possible use of human embryos in flavor enhancement research, the executive director of the anti-abortion group Oklahomans for Life, Tony Lauinger, said he had never heard of such an idea. Likewise, Food and Drug Administration spokeswoman Pat El-Hinnawy told The Associated Press, "FDA is not aware of this particular concern."
Despite the distaste everyone surely feels about the concept of food containing aborted fetuses, the proposed bill seems destined to fail. Brian Crain, a "pro-life" Republican state senator from Tulsa who leads the committee to which Shortey's bill is likely to be assigned, said:  "We've got too many challenges facing Oklahomans today. We don't need to go looking for possible challenges that may come about sometime in the future.
"If it can be demonstrated that this is a challenge facing our food supply, then I think we need to act quickly, but there's been no demonstration that this is going on."
Shortey, whose district is based in Oklahoma City, has proposed a number of bills that have failed to become law since his election in 2010. He sponsored a measure last year that would have authorized law enforcement officers to seize the homes and vehicles of illegal immigrants and would have denied Oklahoma citizenship to babies born to illegal immigrants. He also proposed an amendment that would have allowed legislators to carry firearms anywhere in the state, including the floor of the state's House and Senate. This year Shortey introduced a bill seeking a public vote on whether or not to abolish the Court of Criminal Appeals.
Posted by seemorerocks at 21:46