Spain unemployment tops 5.3m and set to get worse 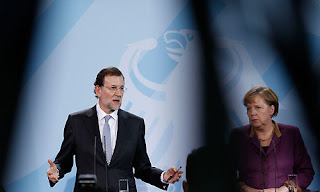 The Guardian,
27 January, 2012
Spanish unemployment broke through the 5-million barrier on Friday as the new government of Mariano Rajoy began to quietly beg the European Union to ease up on deficit targets that are sending the country hurtling back into recession.


That rate now stands at 22.8% of the population and is set to worsen as Rajoy's conservative People's party government pursues a €40bn (£33bn) budget adjustment, most of it in spending cuts, to meet the EU's deficit target of 4.4% this year.


With a record 5.3 million unemployed, Spain faces a spiral of decline. The IMF has already predicted that the economy will shrink by 1.7% this year, with a further decline in 2013.
For article GO HERE
Bailed-out RBS spends millions on Washington lobbyists
Bailed-out bank has spent over £2.5m of British taxpayers' money to influence politicians reforming US financial law 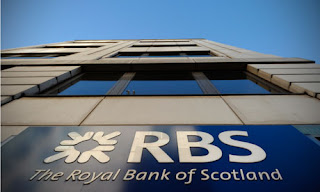 The Guardian,
27 January, 2012
The Royal Bank of Scotland has spent more than $4m (£2.5m) of British taxpayers' money on lobbyists in Washington since it was bailed out by the government, documents disclose.
Both in-house and commercial lobbyists have been paid to influence American senators and congressmen reforming US finance law since the bank's collapse and government bailout in October 2008.
The money has been handed over despite calls from ministers for RBS and other banks that have received taxpayers' handouts to refrain from hiring public affairs firms.
It comes amid criticism of the decision to give the bank's chief executive, Stephen Hester, almost £1m in a bonus this year.
According to the documents, the bank spent $4.13m from October 2008 to December 2011 on lobbyists as it tried to influence three different areas of legislation.
For article GO HERE
Posted by seemorerocks at 09:59