The Arctic melt has slowed down - REALLY?

There is FRAUD in the

reporting on the Arctic sea

Whereas the world media has had quite a lot to say about the record melting in Greenland there has been silence about the disastrous melt of the Arctic sea ice.

As in previous years, after a fierce melting during July once again we are seeing a reversal of the trend in August.

Or according to the National Snow and Ice Data Center in any case.

This is what they are saying is happening. 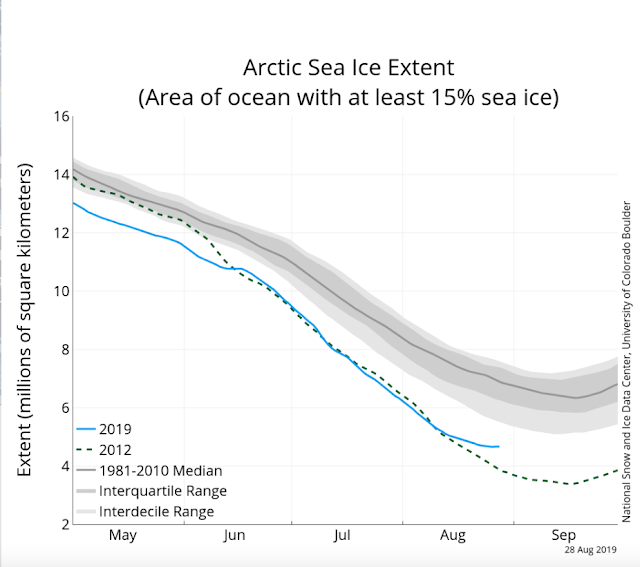 And this seems to be borne out by the following (from the same source). 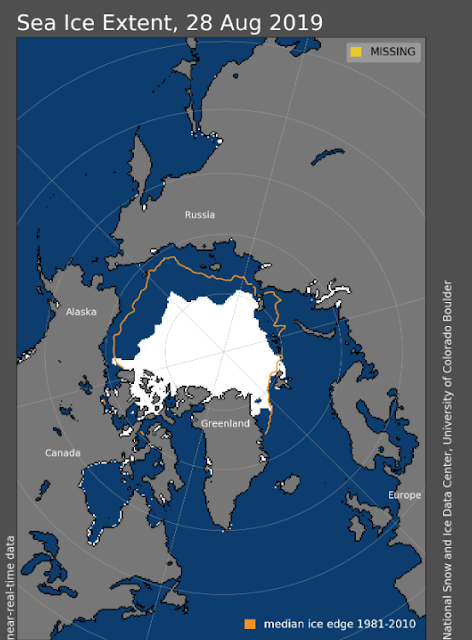 To say that that is different from what I see elsewhere (including from NASA Worldview who have also been shown to cook the books by adding "stratopastus" clouds.

This representation from Climate Reanalyzer is far closer to the situation that I have observed and does not have an area of white purporting to represent a huge area (albeit much reduced) of unbroken ice cover. 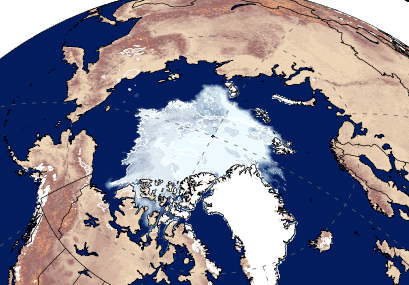 Compare the NSAIDC data with the actual satellite pictures from NASA.

There were sufficient areas of cloudless skies to get an impression of the Siberian side of the North Pole.

The following three photos follow along the same longitude between 80 deg. N and 90 deg N.

This break-up of ice within the main Arctic basin is totally unprecedented.

This break-up On another longitude it is completely covered in thick cloud.

However, there is enough of a break in the clouds to see this.

I shall continue to ignore the data on sea ice extent and follow on those that, instead, look at sea ice thickness (or volume) and concentration along with what I see from Space.

I did a report of different aspects of this yesterday: