Revealed: what we always knew about Puerto Rico 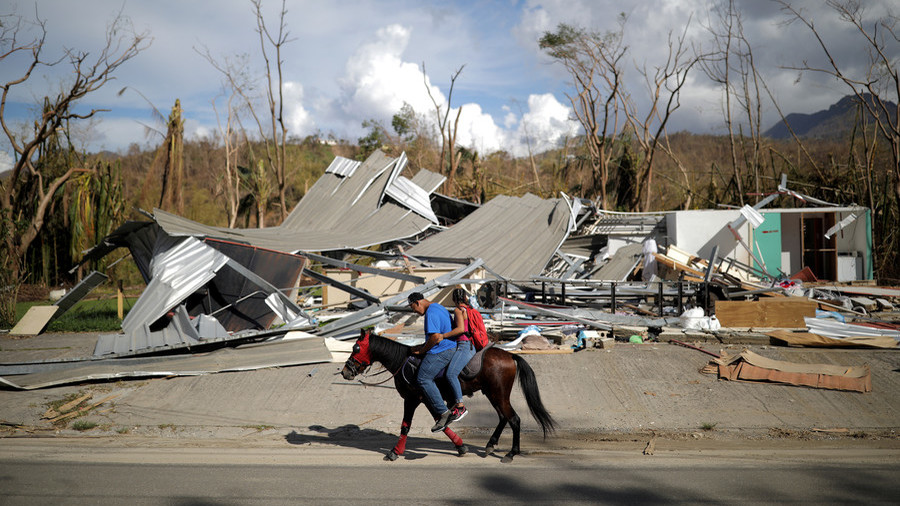 Almost 3,000 people died in the wake of Hurricane Maria, which battered Puerto Rico last September, the US territory announced after a new study.
Governor Ricardo Rosselló made the official announcement on Tuesday, following the publication of an independent study estimating the casualties at 2,975.

Commissioned by Governor Rosselló and carried out by the Milken Institute School of Public Health at George Washington University, the study found that the death toll was considerably higher than original reports.

In estimating the true death toll of Hurricane Maria, researchers looked at historical data to estimate how many people would have died had the storm not hit the island. That figure was then compared to the number of deaths reported from September 2017, when the hurricane hit, to February 2018, when the island still struggled with blackouts and a shortages of essential supplies on the road to recovery.

An earlier survey, carried out by the government of the US territory and presented to Congress earlier this month, put the death toll at 1,427 above normal, but concluded that it cannot say for sure how many of those actually died as a result of the storm. The report did highlight the damage to Puerto Rico’s infrastructure and public health, and was accompanied by a request for $139 billion in aid.

The authorities' initial figure of 64 deaths was doubted by much of the media at the time, but was defended by Rosselló, until now. That figure was likely as low due to officials strictly classifying only certain deaths - such as those caused by collapsing buildings, flying debris, floods and drownings - as caused by the hurricane.

“During our broader study, we found that many physicians were not oriented in the appropriate certification protocol," the report explains. "This translated into an inadequate indicator for monitoring mortality in the hurricane's aftermath."

A Harvard University study, published in May, estimated that there were 4,645 more deaths in Puerto Rico due to the storm. It garnered widespread media attention.

If the new figures are accurate, Hurricane Maria is the deadliest storm to have hit Puerto Rico since the 1899 San Ciriaco hurricane. It began as a tropical storm off the west coast of Africa, intensifying as it approached the Caribbean. It made landfall on Puerto Rico on September 20, battering the island with winds of up to 155 miles per hour, ripping buildings apart and uprooting trees.

The Trump administration was blasted for its response to the devastation, which was marked by delays in water and food deliveries. Carmen Yulín Cruz, the Democrat mayor of San Juan, got into a verbal spat with President Trump over his response to the crisis, which she said deserved “a 10 out of a scale of 100.”

Donald J. Trump✔@realDonaldTrump
The Mayor of San Juan, who was very complimentary only a few days ago, has now been told by the Democrats that you must be nasty to Trump.