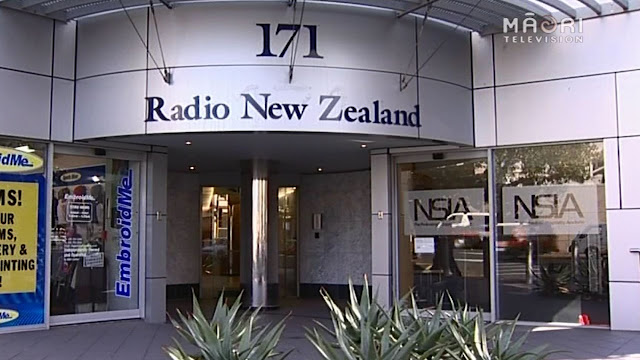 Here the response to our letter to Radio NZ see below)

Thank you for your communication below. To explain the formal complaints process, for a complaint to be a valid formal one, it must allege a breach of one or more of the broadcasting standards in a particular item or programme [emphasis added].

While the matters you raise below are interesting ones, they do not allege a breach of the formal standards in any one particular programme on RNZ National so the formal aspect of your complaint to be taken no further, and was not upheld.

In the meantime though I have forwarded your material to those who have reported on climate change issues previously, for their information.

We are obliged by the Broadcasting Act to inform you of the reason why your complaint was not upheld; this message is intended to meet that obligation. We are also obliged to inform you of your right to refer this decision for review to the Broadcasting Standards Authority, P O Box 9213, Wellington. You must do so within 20 working days if you wish to, otherwise the Authority will be time-barred by statute from accepting the reference.

Deeply dissatisfied with this response we have written to the Ministers of Broadcasting and Climate Change.

We the undersigned are writing in response to the letter below, from RNZ National Complaints Coordinator, George Bignell (22 August 2018) in response to our letter dated Aug 1 2018 to the RNZ CEO (attached) expressing our grave concern at RNZ’s failure to communicate the dire threat of abrupt climate change for NZ, and globally.

The Broadcasting Standards Authority complaints process covers specific instances where a standard has been breached. Our concern does not relate to a specific breach, but to RNZ’s scant-to-practically-non-existent coverage of climate change generally. Therefore we expressed our concerns directly to the CEO of RNZ.

The response from the Complaints Coordinator is irritating and fails to address our concerns. While there have been a couple of brief items on RNZ News & Morning Report over the past couple of weeks - including the presence of NZ firefighters in California and Australia, and the devastating Kerala floods - there has been no substantive coverage. And that is the norm.

We believe this must change if RNZ is to fulfil its obligation to keep NZ’ers informed on major issues affecting us all. This week, for example, news broke that the thickest ice in the Arctic, right up near the N Pole, is breaking up and has scientists “scared” (Guardian Weekly, 21 August 2018). So far as we can determine, the only coverage of it by RNZ was a brief mention around 6.25 am in Morning Report’s round up of major news stories from around the world.

This is simply not good enough,  and we urge you as the Minister of Broadcasting to challenge RNZ’s culture of ‘infotainment’ and entertainment, so that space is also provided for substantive issues we need to know about - for example, the warming of the seas around Antarctica and the threat of major ice melt - already starting to happen.

We, the undersigned are making a complaint about Radio New Zealand’s coverage of climate change. It is our contention that Radio New Zealand is censoring the most frightening news and downplaying the scale of the risks.It is, in fact, censorship by omission.


As a consequence of Radio New Zealand’s chronic failures people have not been given the information they may need in the very near future to save their lives and/or avoid utter catastrophe.

There has been horrendous news of heatwaves right across the northernhemisphere involving loss of life and multiple crop failures – including news that temperatures reached a completely unprecedented 41.5 degrees Celsius in Japan and 38 degrees Celsius in Britain in recent weeks.


None of this has received more than scant coverage by Radio New Zealand, and stories showing that these heatwaves are occurring right across the northern hemisphere (not just in isolated places) have been totally ignored by RNZ.


The role of the Arctic

The biggest story of all involves the melting of Arctic ice to a point where the significant multi-year ice has almost disappeared and much of the sea ice has been reduced to about a metre thick.

As this is reliant not just on weather conditions, but on the very warm waters melting the ice from below, we face the spectre that summer ice could completely disappear from the Arctic this year or next.

When that happens the Arctic will lose its role as a planetary air conditioner, and the albedo effect, which sees most of the heat reflected back into space, will have gone. Evidence indicates that once the ice has gone, the latent energy that has gone into melting it will be available to create extremely rapid melting.


The significance for New Zealand


This is highly significant to New Zealanders, as what happens in the Arctic does not stay there but will lead to changes that will effect every aspect of our lives (including, most significantly, the ability to grow food.


It also raises the fact that there is evidence that either the runaway greenhouse effect has begun, or we are on the very cusp of it.

Significantly for New Zealand, this is happening in a year when we have transitioned to an ENSO-neutral year and there are indications from NOAA and Australia’s Bureau of Meteorology that we will be moving into an el-Nino by the time our summer arrives.

Similarly, Radio NZ has, in our opinion misreported the rapid changes in Antarctica by suggesting that ice there “is not melting like the Arctic”.

This is contradicted by alarming evidence coming out, reflected in theinternational press but not by Radio NZ.

Most recently, we have unearthed evidence that comes from the US National Snow and Ice Data Service (NSIDC) as well as the US navy that the concentration of ice is far less than one would expect in winter, when the region freezes, and the thickness of the ice is far less than would be expected at this time of year. 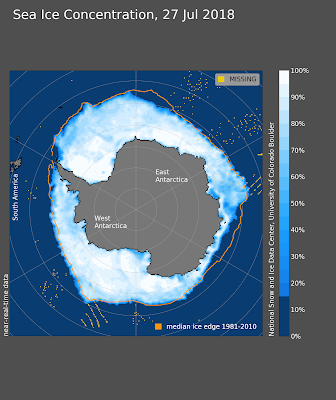 Reporting on Antarctica should, in our opinion, go beyond the usual human interest stories and reflect the reality as seen by a range of scientists from New Zealand and overseas.


All of this (or at least the bulk of it) is being ignored and there is no discussion or debate about it at the very time when it is most important.


Radio New Zealand has a special role as a public service broadcaster under broadcasting standards, and should in our opinion should be reflecting this most serious state of affairs in its news, science and current affairs reporting.


We would like to hear a credible explanation as to this state of affairs and how Radio New Zealand would envisage rectifying it.


If we were to summarise our understanding as interested laypeople it would be as follows:


We realise this is not a mainstream view of things, but it is based on scientific reality. At the very least the censorship should end and the reality be fairly reported.


It would be good to see this debated, with various points-of-view, from the most conservative to the ‘alarmist’ represented