We do have ONE honest person in New Zealand public life.

Green Party leader, James Shaw is not amongst them. 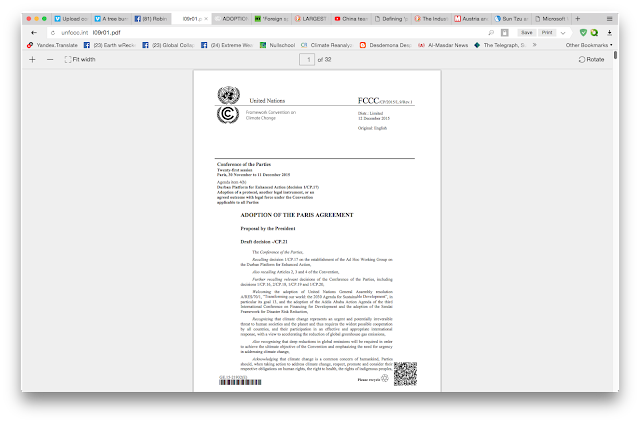 In another FFS moment for me, on a tip off from Ian Dunlop i checked out the COP21 Paris agreement and guess what? nothing at all in it about human induced climate change, using word search I found that 'carbon dioxide', 'coal', 'oil', 'shale oil', 'fossil fuel' and 'fracking' were not mentioned once. Also never once is 'ban' or 'zero' or 'stop', 'halt' or 'prohibit', or 'liability' or 'compensation' mentioned but heaps of words like "adaptation".

Bloody hell, there is a goal but no action plan heaps of "enhance" and "capacity" words, and its all voluntary no binding agreements....

Why am I so gullible? given all the moaning about it i thought it might actually have been worth the paper its written on

The text of the Paris Agreement is HERE and HERE

Here is the Green Party’s leader, Tory-in-drag and liar James Shaw positively gushing about the Agreement.

All he can talk about now as minister is f...king electric cars. 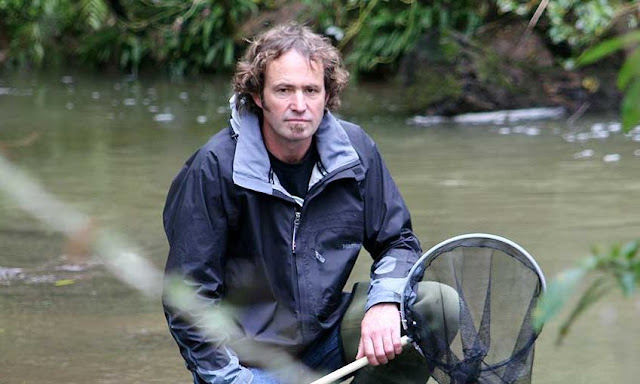 The Environmental Protection Authority CEO’s complaint to Massey University about the freshwater ecologist sparked a disciplinary process, yet the agency seems strangely disinclined to speak out on climate change denial, writes Shaun Hendy.

The Environmental Protection Authority (EPA), New Zealand’s statutory environmental regulator, says that it is worried about science denial in New Zealand. “Debate the decisions, but don’t deny the science,” wrote its chief executive, Dr Allan Freeth, in an op-ed last December. “What we find difficult are objections and criticisms of decisions not based on scientific evidence, but rather on alternative truths or theories,” he said.

What about alternative truths such as the claim that the globe hadn’t warmed for “17 or 18 years” made by Dr Doug Edmeades during a radio appearance last April? The EPA was so concerned that its Chief Scientist, Dr Jacqueline Rowarth, who was also being interviewed, responded with a nervous chuckle.

To be fair, Rowarth had been caught on the hop. She hadn’t come on the radio to debate climate science, she had come to discuss whether Massey University freshwater ecologist Dr Mike Joy was abusing his academic freedom (“Is Dr Mike Joy an extremist, or does he have a point?”). The interview was a follow up to a column Edmeades had written (“Is Mike Joy a Biased Scientist?”) in NZ Farmer a few weeks before.

What are the limits of academic freedom in New Zealand? According to Rowarth, “a whole PhD was written on that [sic] the Holocaust didn’t exist and it was then revoked”. (I can find no evidence for this claim.*)

Doubling down on Rowarth’s reference to the Holocaust, Edmeades later dismissed the interviewer’s attempt at balance (Joy is “passionate about water”) by noting that Adolf Hitler had been a rather passionate individual too.

As documented in the 2010 book Merchants of Doubt, this sort of attack is one of the tactics used in science denial. By labelling scientists as extremists, it is much easier to dismiss them and it discourages other scientists from speaking publicly on issues.

So maybe Freeth has a point – maybe New Zealand needs to pay more attention to science denial. But what did Freeth do after his chief scientist’s participation in this extraordinary radio interview?** He wrote to Massey University’s vice chancellor to complain about Mike Joy.

Joy is no snowflake. He has been a strong critic of the impact the dairy industry has had on our waterways, and in return he cops a fair deal of criticism. When prime minister, John Key once famously compared Joy to a lawyer.

What were Freeth’s beefs? He said that Joy’s media appearances and Facebook posts had become “increasingly personal” and “close to libelous” (a copy of the letter, which Joy has shared with me, is here.)

He first objects to Joy raising Rowarth’s financial stake in a dairy farm and the bias this may bring. But the public sector code of conduct says that public officials must avoid situations where there could be an appearance of a conflict of interest. Rowarth’s potential conflicts were a matter of legitimate public interest.
Freeth then complains that Joy had mistakenly called Rowarth the leader of the EPA. Yet before she quit in late February, she was listed as #2 on the EPA website. I’m not a lawyer, but I’d be very surprised if this is grounds for libel.
Finally, Freeth complains about Joy’s claim that Rowarth’s appointment had been political. But he was not alone in asking the question. When the Greens put it to then Minister for the Environment Nick Smith, he denied it.
Freeth finishes by suggesting that Joy should raise any concerns he had directly with him.

I wanted to find out whether the EPA had extended Joy the same courtesy, so I asked the organisation whether it had contacted Joy directly with its concerns.

“No, this is just what we do,” said Diane Robinson, its Group Manager of Communications and Strategy. “We wanted his vice chancellor to know what was going on.”

I also asked whether the EPA should have made an effort to challenge some of Edmeades’ alternative truths. “We can’t control what others say,” Robinson said. “We live in a free country.”

What about Edmeades’ statement that world hadn’t warmed for the last 20 years? Should that have gone unchallenged given the EPA’s role in protecting the environment? “Climate change is one of those things where half the people say one thing, the other half say another”, said Robinson. “We can’t correct everyone.”

So there you have it. The Environmental Protection Authority is not fussed if you want to deny climate science, but will write to your boss if you get the name of its CE muddled. Good to know what it considers worth protecting.
* Rowarth may have mixed up a couple of different incidents here – while there have been several controversies at New Zealand universities concerning studies of the Holocaust, a check with the Jewish Council did not turn up any that had involved revocation of a PhD.

** The interview was so concerning that the New Zealand Association of Scientists sent an email to its members reminding them of the Royal Society’s Code of Professional Standards and Ethics.

*** I found out about this when Joy invited me to come along to the disciplinary meeting as a supporter. I was not able to make the meeting, but I wrote to Massey in support of Joy. I understand that although a formal disciplinary meeting between Joy and his Dean took place, Massey University took no further action.

Shaun Hendy is Director of the Te Pūnaha Matatini, a Centre of Research Excellence, and a Professor of Physics at the University of Auckland.