China teams up with Russia in Vostok 2018 military drills

The Duran’s Alex Christoforou and International Affairs and Security Analyst, from Moscow, Mark Sleboda break down the significance of having China take part in the Vostok 2018 drills, which will involve 3,200 Chinese military personnel, more than 900 pieces of weapons, and 30 helicopters and fixed-wing aircraft. 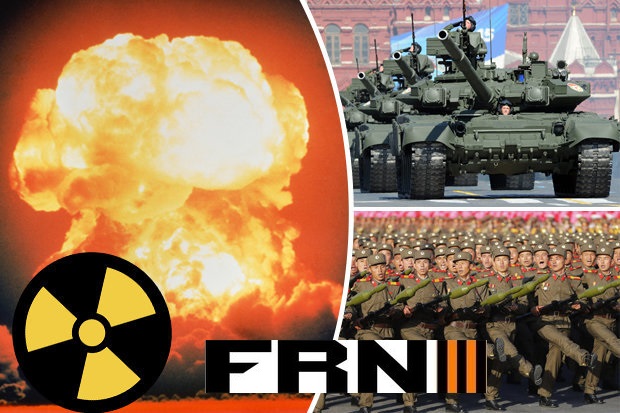 These military exercises in Russia occur every four years and these are  set to be the largest since the 1980s. With the inclusion of China in the exercises, it is seen as a major geopolitical change as Moscow and Beijing are sending a signal to Washington through military cooperation, although China is considered the main threat to the US, according to an article posted by Steve Mollman on Defense One website.
For the joint military exercise, China is sending 30 aircraft, 900 tanks and 3,200 soldiers to its neighbor. There are a few factors that indicate that something has changed.  The scope and size of these exercises in itself is something worth considering.
China’s participation in the exercises later this month illustrates how joint military training is growing in its strategic importance as China expands its power and influence in the Asia-Pacific region.
In the past year, China has conducted approximately 20 bilateral and multilateral exercises with other military personnel, according to the US Department of Defense. These numbers already include naval exercises in the Baltic Sea with Russia and exercises with Chinese Navy fighters with Pakistan.
Beijing has also boosted the country and ASEAN members for joint military exercises in the South China Sea. The trainings, decided this month, will be held in October in an undisputed part of the waters off the Chinese coast, where the US is excluded.
In May, President Xi Jinping encouraged his North Korean counterpart, Kim Jong-un, to insist on the suspension of annual exercises between the US and South Korea. After a meeting between Trump and Kim, the exercises were suspended. In addition, China has been trying to strengthen cooperation with other Asian countries to start their own joint exercises.
These all mark significant changes, which tell us that strategically, China is well positioned to further create entirely new conditions in South-east Asia. This is a reality in which the US, under its present positioning as ’empire’, will no longer be welcome. Chinese leaders have consistently stressed that the US will always be welcome as a normal trade partner, but not as a global military power which uses ‘gunboat diplomacy’.
This week Japan was willing to send a large helicopter carrier and escort ships to the South China Sea and the Indian Ocean with fleets making stops in the Philippines, Indonesia, Singapore, Sri Lanka and India and conducting military drills by the way. However, with regard to the Philippines, the inclusion seems more hopeful than descriptive. The former Spanish colony has grown exponentially farther from the US during Duterte’s time, as it has grown closer to China.
Still in May, the Pentagon pushed back against China with a major US-led naval exercise in response to what it sees as Beijing’s militarization of the South China Sea islands, a decision China said was not constructive.