US cruise missile carriers for strikes against Syria 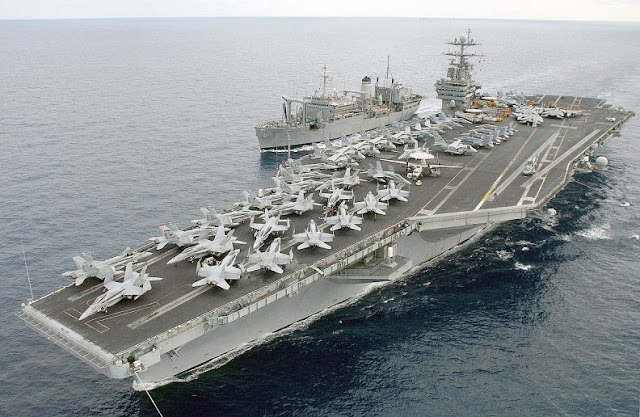 
The United States has been building the amount of cruise missile carriers in the Middle East for strikes against government forces in Syria after pre-planned provocation involving the use of chemical weapons in Idlib Province, Russian Defense Ministry spokesman Igor Konashenkov told the media on Monday.

“The United States keeps building up the cruise missile carriers group in the Middle East as part of preparations for another provocation in Idlib Province to be presented as an alleged use of chemical weapons,” Konashenkov said.
He pointed out that “these preparations are fresh confirmation of US intentions to use as a pretext a likely simulation of the government forces’ chemical attack, which Hayat Tahrir al-Sham (Jabhat al-Nusra – outlawed in Russia) militants are plotting with active support from British secret services.”
More:
http://tass.com/defense/1018768