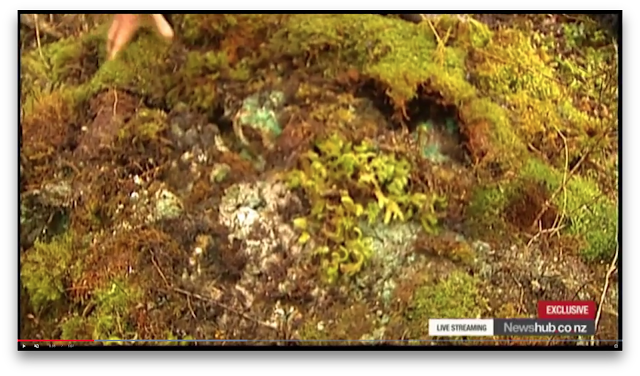 A Newshub investigation has uncovered a dumpsite of the poison 1080 in a national park on Stewart Island.

As much as 75 kilograms of the poison was dumped by a contractor working for the Department of Conservation (DoC), which has now called in police and other authorities.

The pristine New Zealand bush on the island is remote and unspoilt - but the dump had enough poison to kill potentially hundreds of animals.

DoC contracted out the job of disposing of the 1080 to Tony Leith - one of New Zealand's most experienced poison operators.

Isaac was a former worker on the 1080 operation. Workers like Isaac - who did not want his last name used - were meant to put the 1080 in bait bags then staple them up in trees.

That’s because if the 1080 hits the ground it will kill anything that eats it - including our indigenous kiwi. Even eating insects or bugs that have ingested it can harm them.

However despite the instructions they received, Isaac says he helped his boss dump the poison in a swamp.

After quitting the job, he decided to speak out after feeling guilty when he saw a photo of a dead kiwi found on the island. Its death was blamed on 1080.

While there is no direct link between the death and the 1080 find, the picture of the kiwi was the catalyst for Isaac coming forward as he realised other kiwi could be at risk.

"Sadly I was involved in this job. People will want to know what actually happened," he told Newshub.

"If an animal had eaten it would have died. A cruel and painful death, the way 1080 kills."

"It was dumped in water, so it’s sinking," Isaac told Newshub.

The 1080 was put in the swamp across five months this year in what is called the 'Rakeahua Block'. The dump site is close to the Rakeahua River mouth, just 30 metres off a public track - and the dead kiwi was found about 10 kilometres away, at Doughboy Bay.

"You can't just let people away with this," Isaac says.

DoC says the poison has been removed and an investigation is underway into the contractor's actions.

"I am disappointed and angry that the important pest control work carried out by DOC has been undermined by the actions of an individual contractor," says Reg Kemper, DoC's acting deputy director general for operations.

"The investigation underway right now will determine what legal consequences the contractor may face."

Poison in the bush - raising big questions about 1080.