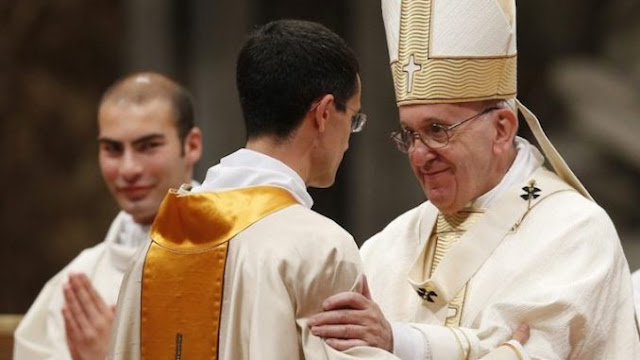 An inquiry in Sydney has uncovered evidence that Pope Francis has forgiven and covered up the crimes of 4,444 pedophile priests in Australia.

The Austrailian commission reported that not only were the priests forgiven by the Vatican for their crimes, allegations were “swept under the carpet” and never reported to law enforcement.

Following years of mounting pressure to look into the claims of pedophilia, Canberra finally set up the Royal Commission into Institutional Responses to Child Sexual Abuse, and the extent of the Catholic Church’s cover up was astonishing.

During their investigation, the panel also discovered a pattern of witness intimidation and cover-ups. Gail Furness, the lawyer in charge of questioning at the Sydney inquiry, said in a statement:

“Between 1950 and 2010, overall seven percent of priests were alleged perpetrators,”

“The accounts were depressingly similar. Children were ignored or worse, punished. Allegations were not investigated. Priests and religious (figures) were moved.”

“The parishes or communities to which they were moved knew nothing of their past. Documents were not kept or they were destroyed. Secrecy prevailed as did cover ups.”

DW reports: The claims of a cover-up go so high that they have implicated Australia’s top Catholic clergyman, George Pell.

Pell, who is now the Vatican finance chief, was questioned over his handling of abuse claims in the state of Victoria in the 1970s.

Cardinal Pell recently returned to Australia to face charges of child abuse and is the highest-ranking official in the Catholic Chruch to ever go on trial for pedophilia.

The inquiry found that about 90 percent of the 1,880 alleged perpetrators were men, and the victims averaged around age 10 for girls and 11 for boys.

“These numbers are shocking, they are tragic, they are indefensible,” said Francis Sullivan, the head of the church’s Truth, Justice and Healing Council.

“This data, along with all we have heard over the past four years, can only be interpreted for what it is: a massive failure on the part of the Catholic Church in Australia to protect children from abusers. “As Catholics, we hang our heads in shame.”

Of the 300 cases referred to police throughout the course of the four-year investigation, only 27 prosecutions have been able to move forward, with 75 more pending.

Pope Francis issued a sweeping apology Sunday for the "crimes" of the Catholic Church in Ireland, saying church officials regularly didn't respond with compassion to the many abuses children and women suffered over the years and vowing to work for justice.

Francis was interrupted by applause as he read the apology out loud at the start of Mass in Dublin's Phoenix Park.

Hundreds of miles away, somber protesters marched through the Irish town of Tuam and recited the names of an estimated 800 babies and young children who died at a Catholic Church-run orphanage there, most during the 1950s....

Why would they be invoking Lucifer's name?