The floods in Kerala 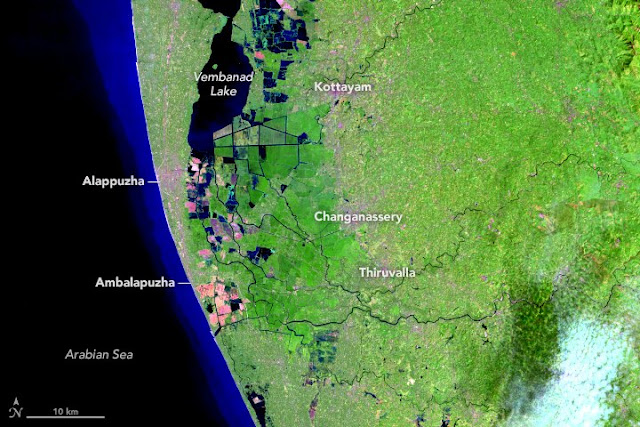 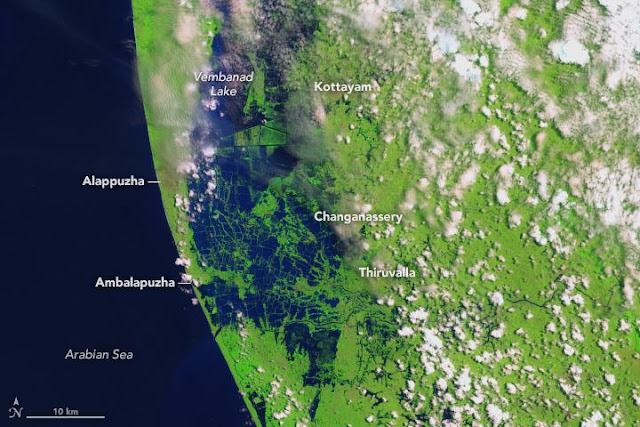 MUCH farmland inundated. Imagine the results transposed to your food economy / ecology. Or a long drought? Would you call it resilient? What would change it? Who would you ask for help?

"Residents in India’s state of Kerala are reeling from a "once-in-a-century" flood that displaced nearly a million people, caused hundreds of fatalities, and washed away homes. The region started receiving heavy rain on August 8, 2018, but news reports state that the flooding was worsened by releases from dams.

The Operational Land Imager (OLI) on the Landsat 8 satellite acquired the above image on February 6, 2018, before the flood. The Multispectral Instrument on the European Space Agency’s Sentinel-2 satellite acquired the image below on August 22, 2018, after flood water had inundated the area. The images are false-color, which makes flood water appear dark blue. Vegetation is bright green."