Iran has full control of Gulf and Strait of Hormuz 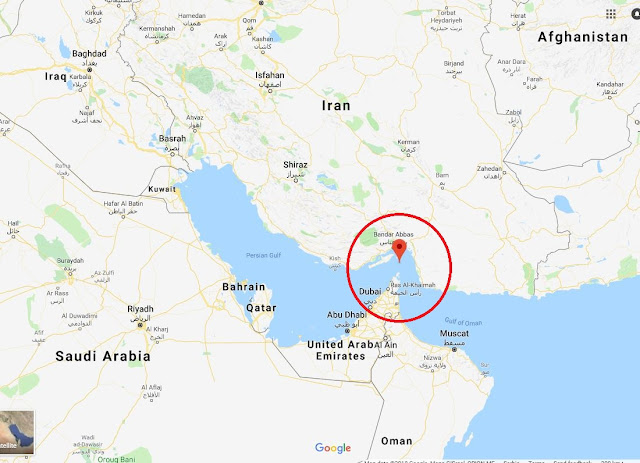 FRN has been made aware that Iranian Revolutionary Guards Chief, Major General Mohammad Ali Jafari, just hours ago declared that Iran has fully liberated the Gulf and Strait of Hormuz from foreign and hostile subjugation.  Iran had been conducting ‘drills’ in the area, beginning in mid-June, and supported by the Chinese Navy, when the drill went ‘live’.
This was  a confirmation of the statement by Alireza Tangsiri, the Islamic Revolutionary Guard’s navy chief, saying the same. Iran has confirmed that any number of friendly and neutral states will continue to have full commercial access to the strategic water-way. China has confirmed its support for today’s major move on the part of the Islamic Republic of Iran.
The strait will now be a part of a strategic co-prosperity zone for Axis of Resistance countries, as well as increasingly neutral states including other Gulf Monarchies, like Qatar, Kuwait, Bahrain, Oman, and the United Arab Emirates, who are now in a process of pushing out of Saudi-Israeli interference and control. The orientation of these states had begun to shift dramatically in the 2016-17 period, when the success of Iran and Russia in the Syrian war became evident.
Details of today’s event:
Iran had been conducting a series of ‘drills’ and ‘military exercises’ since mid-June, in the strait, when apparently the ‘drill went live’, and Iran declared full military control of the Gulf and Strait of Hormuz. This is a major event, the significance of which has already sent a strong and stabilizing message around the world.
The official IRNA news agency said the start of major drill in the lead-up to today’s major event, occurred on Sunday June 17th, and included an Iranian warship and two ­Chinese destroyers, a logistics ship and one helicopter. The Chinese flotilla ‘went to Oman’ after the naval exercise, state-run Xinhua also confirmed in their report. Iran has confirmed that Oman will continue to have access, despite pressures from Saudi Arabia and Israeli. The Chinese flotilla is still stationed in Oman, and in connection with this, are the official reports dating back to May that China and Oman have entered into a military-strategic partnership.
The Iranian navy had assigned its Alborz destroyer, a helicopter and about 700 personnel to the ­exercise.
The Islamic Revolutionary Guard Corps (IRGC) had been holding large-scale military drills in the Persian Gulf. The IRGC said they were ready to disrupt other countries’ oil shipments through the strait if Iran’s own exports were impeded.
Iranian officials have earlier threatened to block the Strait of Hormuz, cutting off the main oil shipping route, in retaliation for any hostile actions from the US. In early July, the Islamic Revolutionary Guard Corps held large-scale military drills in the Persian Gulf. The drills were part of the annual exercises framework.
Through the use of and under the cover of ‘drills’, supported by the Chinese, the Iranian Navy was able to assume full control, unopposed and without a shot being fired, of the Strait of Hormuz.

Previously, the Iranian Supreme Leader’s Top Adviser for International Affairs Ali Akbar Velayati said at the Valdai Discussion Club in Moscow that if Iran was not permitted to export its oil via the strait, no other Middle Eastern state would be able to do so.
Iran’s ground forces commander Brigadier General Kiomars Heidari has warned the US and its allies to avoid trying to bring Iran’s oil exports to a halt adding that the country’s armed forces have all they need to defend the nation.
Both Russian and Iranian media, under a dangerously increasing regime of US corporate media and internet censorship, have apparently intentionally downplayed today’s major, breaking news event. The connection between the drills, and the sudden Iranian military announcement, is not concretely made, even while both events are mentioned in the relevant journalistic reportage of this major event. Iran’s English language PressTV has not covered it, and the Sputnik news coverage appears to have intentionally failed to ‘connect’ some fairly obvious and glaring ‘dots’.
That’s why support of FRN’s independent journalism, news, and analysis is so critically important in this day and age.
US Empire and allies, impotent to respond:
Iran has effectively bucked the now defunct U.S official policy, as elucidated by US Secretary of State Michael Pompeo. Pompeo and the U.S Empire have been wiped from the page of historical relevance in Mid-east affairs, as he had said that the US was poised and ready to ensure uninterrupted oil supplies through the Strait of Hormuz despite threats from Iran. Iran has today proven otherwise, and the US Empire is stunned.
Senior US officials had said they aimed to reduce Iran’s oil exports to zero. Today’s events appear to bring a close to that dashed aim.
In June, the US Department of State urged oil companies to stop exporting oil from Iran by November to avoid US sanctions, but Iran’s largest western market, the EU – which is really was at issue – has already made it clear that they will not be backing out of the the JCPOA (Joint Comprehensive Plan of Action.) The Iran nuclear deal or Iran deal represents an agreement on the nuclear program of Iran reached in Vienna on 14 July 2015 between Iran, the P5+1 (the five permanent members of the United Nations Security Council—China, France, Russia, United Kingdom, United States, plus Germany), and the European Union.
Thus, of those states mentioned above, only the US has backed out. The UK can, only if it completes Brexit, also ‘back out’. The Brexit process is one which FRN has consistently explained is a complex phenomenon that represents Atlanticist pressures on the UK to be ‘Airstrip One’ against the coming Eurasia, as the EU further integrates into China, Russia, and the Mid-East. Thus, keeping the JCPOA together, minus the US under Israeli and Neocon pressure, has been a massive success for the Rouhani-led government. Rouhani is anything but ‘clinging to power’ – that phrase being a somewhat ridiculously unfitting and predictable phrase borrowed from the US’s regime-change discourse.
Back in May, US President Donald Trump said that the United States would leave the nuclear agreement with Iran that stipulated Tehran should guarantee the peaceful nature of its nuclear program in exchange for the gradual lifting of sanctions. This exemplified the US’s capitulation to Israel’s own regional interests. Israel and Saudi Arabia have made an alliance to divide up Iraq and Syria, and Iran has made a policy of ensuring that Syria and Iraq exist as unitary and integral states, thereby ensuring stability, growth, and predictability in the region, and cutting-off the rise of Salafist-Sunni radical ‘Islamic’ fundamentalism in the region.
The US has necessarily felt this sting, and are hedging their reportage of this major event, the circulation of the news surrounding which will no doubt have an absolutely deleterious effect on the stock value of firms which US elites have invested in, whose military and financial interests are at odds with those of Iran.
The Reuters news headline, begins to reflect the significance of today’s event:

In addition to this, we have seen media hysteria today, ramping up hype over what is a rather commonplace story about an upcoming parliamentary inquiry that Rouhani will answer questions at. The AFP has gone into overdrive, delivering the next round of ill-informed, reality distorting ‘regime change’ discourse regarding Rouhani. Their reportage exposes an deliberate aim to misinform the public. They additionally make anachronistic references to ‘street opposition’, even while today there are no protests occurring in the Iranian Islamic Republic.
That Iran has a democratically elected parliament, and that Iran has a normal system of checks and balances is accidentally revealed in their piece, even though their aim was to introduce the word ‘impeachment’. But what they accidentally tell the public is that Iran indeed has a parliament, and that there are methods to remove a sitting president. What they do is conflate the fact that such a procedure exists in this Iranian republic, as in many republics, with some notion that such a procedure is on the horizon, or has a relevant place in today’s news about the upcoming parliamentary inquiry.
Included in the below screen-shot of the US deep-state AFP misinformation campaign, are some notes with red under-liner and text to point out the ridiculous phrasings, outright distortions, and internal logical contradictions. What they fail to explain is that Rouhani is a ‘conservative-friendly reformist‘. His popularity and re-election just last May, with about 70% voter turn-out, are based upon staking out a middle-path between economic ‘anti-western’ Iranian revolutionary conservatism, and ‘west-friendly’ reformism-pragmatism.

The confusion and inability to ‘message control’ in sectors of some of these states, such as Qatar, is evidenced by the lack of coverage (at the time of publishing, 4 pm GMT+2) in Al Jazeera of this major geostrategic and geopolitical event. The following screen-shot show’s the Al-Thani dynasty controlled Qatari news coverage for today, regarding Iran. No mention of this major development, and instead, banal reportage.

From the perspective of the rising the Multi-Polar Revolution (MPR) in progress, today’s immense development cannot be overstated. The Strait of Hormuz is a water-way of tremendous significance, and Iran’s liberation of this passage, supported by the Chinese Navy stationed in nearby Oman, signifies the tectonic shift we have witnessed over the last five years. It was five years ago that the US’s military planners strategists came to the sober conclusion that they no longer had the force-projection ability, nor the international support, to strike Damascus directly with US or UK air force assets.
This marked a huge turning point in history, almost as if an alternate time-line had crossed into our own, one in which the US Empire was suddenly feckless and incapable of militarily defeating a 4th rate regional military power. In reality, the US military had been in terminal decline, along with its economy, as  well-noted, by the neoconservative think-tank, the PNAC (Project for a New American Century) since 2000. In their white paper, they described that only a ‘Pearl Harbor like event’ could spur the sort of investment in military re-arming that could turn the tide. Ultimately, these efforts were successful in breathing life back into imperial projects, but only for another decade, ending with the destruction of Libya. Their gambit to seize Crimea by staging a coup in Ukraine, and create a permanent war-zone there, also ended in failure.
All of this explains the US’s clamp-down on political movements, and journalism ‘at home’. Even FRN, a team composed of and led by A5 journalists, academics, and writers, has felt the massive campaign to silence our critical work. Please support our work by supporting us, via the below link.
Iran has full control of Gulf and Strait of Hormuz: Tasnim 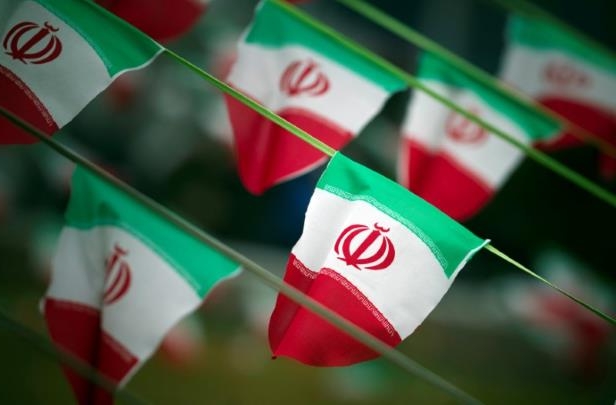 Iran has full control of the Gulf and the Strait of Hormuz, the head of the Revolutionary Guards navy, General Alireza Tangsiri, said Monday, according to the Tasnim news agency.

Iranian officials have in the past threatened to block the Strait of Hormuz, a major oil shipping route, in retaliation for any hostile U.S. action.

Senior U.S. officials have said they aim to reduce Iran's oil exports to zero.
Iran's Supreme Leader Ayatollah Ali Khamenei, the most senior authority in the Islamic Republic, said last month that he supports the idea that if Iran is not allowed to export oil then no country in the region will be allowed to export oil from the Gulf.

Iran threatens to hit US, Israel after Trump aide warns of "maximum pressure"