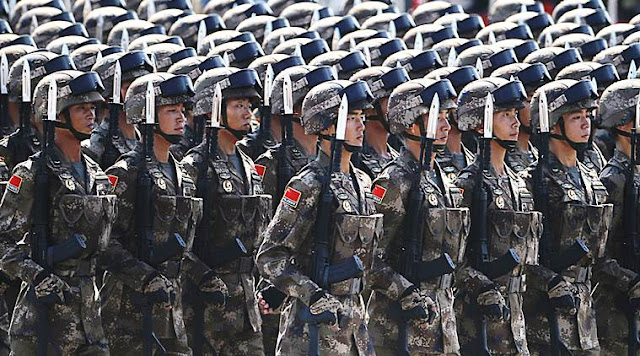 
In major developments reported by the Hong-Kong based, Taiwan ‘friendly’  South China Morning Post, China has begun building a training camp in the Wakhan Corridor in Afghanistan, a narrow area separating Tajikistan from Pakistan, in efforts to improve counter-terrorism efforts in the war-ravaged country. FRN has reason to believe these reports are true.
*
The Chinese government, according to Reuters, denies this report.

“The SCMP is a media social-psychological operation directed at undermining US efforts in Taiwan, within the context of simulation creation, in 4GW. Being based in Hong Kong, they are under the authority of Beijing, which has increasingly liberated Hong Kong from its British controllers, after it transferred back to Chinese sovereign authority on June 30th 1997. The SCMP is a vehicle in which ‘officially unofficial’ leaks of a significant nature can be made, it serves as an ‘external-internal’ form of controlled ‘opposition’ politics which appears prima facie more credible, than anything deriving internally from mainland China.

That Reuters would publish the ‘official denial’ of the news, which will necessarily gain greater traction than the original story in Western mainstream media sources, lends greater credence to the editorial line of FRN that the SCMP news today is generally correct.
The building of a Chinese presence in Afghanistan, given the Russian and Chinese strategy on containment of ISIS and Al Qaeda, in addition to the need to counter waning US hegemony in the region, provides significant and reasonable motive to the alleged Chinese initiative.
Therefore, SCMP reporting can deliver ‘unidentified sources’, which have more often than not, ultimately been found truthful as events progressed forward.

The Chinese initiative will be a direct challenge to the US occupation of Afghanistan. The government in Kabul is caught in a difficult situation. They are reliant on US support, as the US initially installed their government, starting with Karzai. Karzai, a US puppet, was installed by the US, being a former oil company executive. However, by the law of the internal gravity of political forces, Karzai was increasingly showing signs of needing to be responsible to parties on the ground, and less so to the US occupational forces.
Simultaneously, the US has been building and supporting ISIS and Al Qaeda in Afghanistan, as the proliferation of these is, among other things, the framework by which the US continues its occupation and exerts control over both the radical elements of the Taliban, and the Kabul government. They have been ‘playing’ one against the other.
China has stepped in at the invitation of an increasingly desperate but independent Kabul government, to put an end to the US occupation and to the terrorism which it sponsors in the war-ravaged nation. Russia has been working the other end of this equation, having used its assets to build ties into the ‘Taliban’, those forces of the Taliban not part of the ISIS or Al Qaeda projects, but who are also opposed to the Kabul government insofar as it was supported by the US. This Taliban was previously known  by the fictitious title ‘Northern Alliance’, and had worked with the US previously in order to remove other Taliban forces ostensibly allied to Osama Bin Laden. However, research has subsequently demonstrated, that much of this narrative was fictitious.
Regarding the remarkable Chinese initiative, sources with knowledge of the subject told the South China Morning Post that once the base is complete, Beijing will send at least a whole entire battalion. A battalion may consist of more than 500 soldiers, according to the Post.
“Construction of the base has begun and China will send at least one battalion of troops, as well as weapons and equipment, to be stationed there and train its Afghan colleagues,” a source told the publication.
The source also said that the completion date of the base was not yet determined and that the base would likely play a slightly different role than that of the first Chinese international military base in Djibouti.
At the time of the inauguration in Djibouti in 2017, Xinhua reported that the site was “intended for supply missions” and was “by no means a military outpost built to strengthen the country’s military presence and play deterrent roles in the country.”
“The Djibouti base has nothing to do with an arms race or military expansionand China has no intention of turning the logistics center into a military base,” the agency added.
China’s building of a de facto military base in Afghanistan comes at the invitation of the Kabul government, a government which has, over the last 15 years, become increasingly independent of the US forces which placed it in power over 16 years ago.
Therefore, China may be exercising over-caution at the expense of credibility in not properly labeling its activities for what they are. There are, of course, international considerations to be sensitive of, as China has an excellent trading status with  many nations around the world who are more geopolitically aligned with Atlanticism/Trans-Atlanticism.
In the opinion of Song Zhongping, a Hong Kong-based military analyst, the new base could serve as a training base to help “strengthen counter-terrorism cooperation and military exchanges between Beijing and Kabul.”
“Afghanistan is very weak in the fight against terrorism,” Song told the Post. “And the authorities there are concerned about the resurgence of the Taliban, but they cannot do anything about it without the help of the US, China and other countries.”
Afghanistan is a resource rich state and China are in prime position to exploit this wealth once the US military fully withdraws from the country. Geologic surveys verified all the major Soviet finds. Afghanistan may hold 60 million tons of copper, 2.2 billion tons of iron ore, 1.4 million tons of rare earth elements such as lanthanum, cerium and neodymium, and lodes of aluminum, gold, silver, zinc, mercury and lithium.
The Taliban had planned to meet with Kremlin officials at the start of September, as reported by FRN on August 23rd. However, subsequently, this meeting was pushed back to an indefinite time, as the government in Kabul subsequently – as expected – signaled a genuine interest of becoming more independent of US control, and wants to be a part of any upcoming talks. Indeed, perhaps getting the attention of Kabul was the point of the Taliban meeting initiative in the first place.
Therefore, Russia and China are working to coordinate their activities in Afghanistan. The main goals will be to stop the creation and flow of ISIS and Al Qaeda militants from Afghanistan to other theatres, to shut-down the facilities and ‘mosques’ where they are inculcated and trained, and finally, to stop the US project to weaponize the tremendously increased flow of heroin from the country, a process that blossomed problematically alongside the US occupation. Experts believe that the US is the prime mover of Afghan opium, leading to a global increase of the epidemic. Terrorists from Afghanistan have been found in large numbers as part of the force that invaded Syria at the beginning and height of that conflict.