NOTE: I don’t know how to correct the formatting here.

I’m not even going to try.

Here are just a few of the predictions from people – some I know, others I haven’t heard of – predicting economic collapse in 2016.

This has been predicted many times since 2008 and sometimes it sounds like people crying “wolf!”

However, you would ignore the readings at your peril.

The signs are there.

Now add into the mix global politics and the move to World War 111 as well as abrupt climate change and ecological collapse and you have.....sorry, I don’t even have the words to describe it.

*** Rob Kirby: Not A Financial Crash But Dark Ages Coming *** Rick Ackerman: Nothing Left Standing After Next Crash *** Charles Hugh Smith: Financial Crash Definitely By 2016 *** Thom Hartmann: Why The Crash of 2016 Will Happen

*** Jeff Berwick: The Economic System Will Most Likely Crash By 2016

*** Robert Kiyosaki: Biggest Market Crash Is Coming In 2016 *** Martin Armstrong: Why The Next Major Economic Collapse Is Rapidly Approaching

*** Gerald Celente: The Whole System Is About To Collapse


Not for little Hobbits aparently.

The following article (and warning) featured on the 5 am Radio New Zealand news but by 6 am (and subsequent news broadcasts) it had been disappeared.

Instead, what Radio needs you to know is this - Scott statue has new, temporary home

Mind you, the NZ sharemarket has had a another dose of the jitters 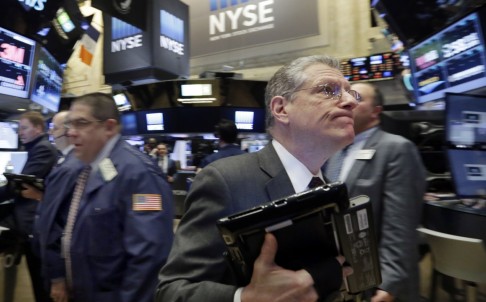 The City of London’s most vocal “bear” has warned that the world is heading for a financial crisis as severe as the crash of 2008-09 that could prompt the collapse of the eurozone.

Albert Edwards, strategist at the bank Société Générale, said the west was about to be hit by a wave of deflation from emerging market economies and that central banks were unaware of the disaster about to hit them. His comments came as analysts at Royal Bank of Scotland urged investors to “sell everything” ahead of an imminent stock market crash/

Sell everything ahead of stock market crash, say RBS economists

“Developments in the global economy will push the US back into recession,” Edwards told an investment conference in London. “The financial crisis will reawaken. It will be every bit as bad as in 2008-09 and it will turn very ugly indeed.”

Fears of a second serious financial crisis within a decade have been heightened by the turbulence in markets since the start of the year. Share prices have fallen rapidly and a slump in the cost of oil has left Brent crude trading at barely above $30 a barrel.

“Can it get any worse? Of course it can,” said Edwards, the most prominent of the stock market bears – the terms for analysts who think shares are overvalued and will fall in price. “Emerging market currencies are still in freefall. The US corporate sector is being crushed by the appreciation of the dollar.”

The Soc Gen strategist said the US economy was in far worse shape than the country’s central bank, the US Federal Reserve, realised. “We have seen massive credit expansion in the US. This is not for real economic activity; it is borrowing to finance share buybacks.”

Edwards attacked what he said was the “incredible conceit” of central bankers, who had failed to learn the lessons of the housing bubble that led to the financial crisis and slump of 2008-09.

“They didn’t understand the system then and they don’t understand how they are screwing up again. Deflation is upon us and the central banks can’t see it.”

Edwards said the dollar had risen by as much as the Japanese yen had in the 1990s, an upwards move that pushed Japan into deflation and caused solvency problems for the Asian country’s banks. He added that a sign of the crisis to come was the collapse in demand for credit in China.

“That happens when people lose confidence that policymakers know what they are doing. This is what is going to happen in Europe and the US.”

Europe has shown tentative signs of recovery in the past year, but Edwards said the efforts of the European Central Bank to push the euro lower and growth higher would come to nothing in the event of a fresh downturn. “If the global economy goes back into recession, it is curtains for the eurozone.”

Countries such as France, Spain and Italy would not accept the rising unemployment that would be associated with another recession, he said. “What a disaster the euro has been: it is a doomsday machine in favour of the German economy.”

The warning from Edwards came as stock markets had a respite from the wave of selling seen since the start of the year. The FTSE 100 index rose by 57 points to close at 5,929, while the Dow Jones Industrial Average was up by 10 points in early trading in New York.

The mood in equity markets was helped by intervention by the People’s Bank of China overnight to support the yuan, with the Chinese currency moving higher on foreign exchange markets.

Edwards joked that after years in which he has tended to be a lone voice, other institutions were also becoming a lot gloomier about global prospects.

He was referring to the RBS advice, which warned that investors face a “cataclysmic year” where stock markets could fall by up to 20% and oil could slump to $16 a barrel.

In a note to its clients the bank said: “Sell everything except high-quality bonds. This is about return of capital, not return on capital. In a crowded hall, exit doors are small.” It said the current situation was reminiscent of 2008, when the collapse of the Lehman Brothers investment bank led to the global financial crisis.

This time China could be the crisis point, RBS said.

Here are some of the predictions – from people I know well; others I don’t know – some people I don’t like that much.

The message is much the same.


This Economic Collapse Will Push The US Into A 3rd World Country: Bill Holter

The Federal Reserve: There Will Be No Economic Recovery

These dire warnings were made a year ago. The prices have reached $30 and look like $20.


Thom Hartmann on "The Crash of 2016: The Plot to Destroy America—and What We Can Do to Stop It"

Demccracy Now!
Could the United States face another economic collapse? Writer and broadcaster Thom Hartmann looks back at past financial crises and comes to a startling conclusion. "As long as you don’t look too closely at our nation, things seem under control — the United States looks whole … but when you go around to the 'dark back side' of the nation, you see the shocking truth. There you see a nation whose core fundamentals have been hollowed out," writes Hartmann in his new book, "The Crash of 2016: The Plot to Destroy America — And What We Can Do to Stop It."


And a few headlines indicating where one commodity – oil- is taking us.

Investors intending to take out insurance on Saudi Arabian bonds would have to pay as much as they do with troubled Portugal. The price of insuring Riyadh’s debt has more than doubled in the past 12 months as oil prices continue to collapse, Bloomberg reports

With crude prices at 12-year lows, the Kingdom continues to bankroll a war in Yemen. Last year, Saudi Arabia sold bonds for the first time since 2007 to cover the budget deficit.

The country’s net foreign assets dropped to $627 billion in 10 consecutive months through November. This was the longest losing streak since 2006.

“They have huge reserves and extremely low debt, but the question is, how long are oil prices going to stay at this level?” Anthony Simond, an investment manager at London-based Aberdeen Asset Management told Bloomberg.

On Tuesday, Brent benchmark fell below $31 per barrel for the first time since 2004, trading as low as $30.50. The prices rebounded in intraday trading to almost $32; however, some analysts say there is no bottom in sight for the oil market. On Tuesday, Standard Chartered said that crude was heading for $10 per barrel.

Saudi Arabia could be bankrupt by 2020 – IMF

While US WTI crude briefly stumbled below $30 for the first time in 12 years, Russia's Urals blend is already below that mark trading at $27.14 a barrel. Given the new reality, the Kremlin has ordered stress tests with $25, $35 and $45 oil.
Russia’s federal budget for 2016 relies on an average annual oil price of $50, which almost corresponds to the last year average price - $51.4 per barrel.

According to business daily Vedomosti, Russia’s First Deputy Prime Minister Igor Shuvalov has instructed the ministries to work on different scenarios, both bearish and bullish.