The End of New Zealand Sovereignty

A summing of of the state of play in New Zealand 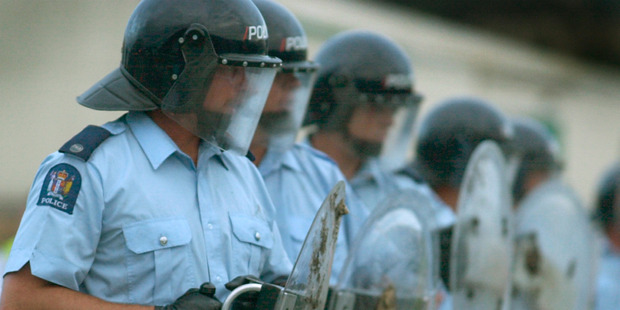 • Negotiate the TPPA deal in secret.

• Refuse to listen to legitimate concerns about the undemocratic process.

• Produce a document that allows multi-national corporations to override our health, environment, employment and copyright laws.

• Invite the co- conspirators to our country to sign the deal close to Waitangi Day ( when we celebrate the founding Treaty of our nation - now seriously undermined by the TPPA).

• Hold the signing in a Casino and not Parliament.

• Bring out the riot squad if anyone objects.

P.S. Oh- and while your at it , make sure you fly that new corporate logo flag on the day the foreign trade ministers get here. We don't want people looking at our current flag and wondering what happened to the rule of law.

New Zealand Police have been undertaking mass riot training ahead of the signing of the Trans-Pacific Partnership in Auckland next month.