Lori Wallach on the TPPA

Here is some commentary from Lori Wallach,who is a keynote speaker, along with Jane Kelsey in anti-TPPA meetings around the country.
Public Interest Takes a Hit Even When Phillip Morris' Investor-State Attack on Australia Is Dismissed
Lori Wallach 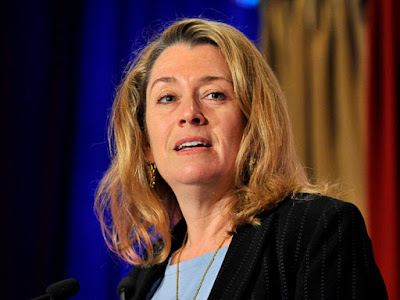 What happens when a government "wins" an investor-state dispute settlement (ISDS) attack provides a cautionary tale for the threats posed by the Trans-Pacific Partnerships (TPP). If enacted, the TPP would double U.S. ISDS liability overnight.

Recently, Phillip Morris International's infamous ISDS attack on Australia was dismissed. An ISDS tribunal ruled that it did not have jurisdiction to order Australia to compensate Philip Morris after the firm attacked Australia's public health law requiring that tobacco product packages feature graphic warning labels with the brand and product names in a standardized color, size and font.

But just the same, Australians saw more than $50 million of their tax dollars go to legal costs to defend against the attack, according to World Health Organization Director General Margaret Chan. This includes having to pay the three private lawyers who served as "judges" during the four-year ordeal. They bill at least $375 per hour and, in a manner that would be unethical for real judges, often rotate between suing governments for corporations and "judging" case.

And, just by launching the case, Phillip Morris chilled other nations from enacting similar legislation to avoid being the next target. One example: New Zealand held off on its own plain packaging proposal to see what happened with Australia. This after Canada's efforts to enact plain-packaging legislation died after R.J. Reynolds sent a memorandum to the House of Commons arguing the policy would constitute an illegal expropriation under the North American Free Trade Agreement's ISDS regime, exposing Canada to millions in liability.

Meanwhile, another ISDS tribunal already has ruled that Phillip Morris' attack on Uruguay for enacting similar plain packaging policies can go forward. So the tobacco giant still is in the ISDS game to raid a government's treasury and chill other nations' tobacco policies. The day of the Australia ruling, a senior Philip Morris official declared: "There is nothing in today's outcome that addresses, let alone validates, plain packaging in Australia or anywhere else."

Even when a government "wins" an ISDS case, the public interest is usually still the loser.

This is worth noting. When trying to distract from the fact that the TPP would double U.S. ISDS liability overnight if enacted, TPP boosters often note that the U.S. has not yet lost an ISDS case. The controversial ISDS regime allows foreign corporations to skirt domestic courts and laws and go to extra-judicial tribunals to demand compensation from governments over laws or actions that they claim violate special investor privileges granted in trade and investment agreements.

The U.S. has not lost a case because it has been rarely sued because the past ISDS-enforced pacts we have now are almost all with developing nations with few investors here - unlike the TPP, which includes Japan and Australia. If the TPP is enacted, we can expect a flood of new ISDS attacks against the U.S. government.

Only foreign corporations like Philip Morris can bring cases - governments or citizens don't have a similar procedural right to hold corporations accountable under these agreements. And the OECD reports that governments spend an average of $8 million defending against these cases even if they "win." But the government of the Philippines - like Australia - has spent more than $50 million in legal fees in an ongoing case. (Phillip Morris has insisted the proceedings remain secret, so the ruling has not been made public so it is impossible to know for sure, but only in a small minority of cases have tribunals required the losing party to pay the legal fees and arbitration fees in such case.)

Defenders of the ISDS regime declared that the Australia decision proved the controversial extrajudicial legal system does not pose threats to countries' public interest laws.

Huh? Everyone expected that the tribunal would throw this case, if only in the name of self-interest. Ruling for a company like Phillip Morris in a highly publicized case against a developing country's health policy could have done serious damage to the ISDS regime and the lucrative hourly fees paid to tribunalists.

How well known was this case? If you want a funnier version, check out the John Oliver piece. Seriously.

What Can Be Done to Stop the TPP? (With Lori Wallach)

TransCanada Sues the U.S. for $15B for Rejecting Keystone XL. Will This Be the New Normal Under TPP?


For a more humourous view

Posted by seemorerocks at 14:02