The refugee crisis: the story behind the headlines

Reposting this item which gives the context of the "refugee crisis"


I remember just a few months ago when large numbers of people crossing from N Africa to Italy were drowning the EU sat on its hands and did nothing.

Suddenly when the photo of the Syrian boy drowned on the Turkish beach wenr around the world something suddenly had to be done because it was a SYRIAN problem and yet another pretext for war against Assad was found.


European Refugee Crisis - The Anatomy of a Coverup

The real story behind the refugee/migrant crisis in Europe is much stranger than fiction.

If you watch the news, you've probably heard about the refugee crisis in Europe (or the "migrant crisis" as some are referring to it). Hundreds of thousands asylum seekers from the Middle East and Africa are flooding across the borders. As of July, European countries had received over 437,000 Asylum applications for the year. In 2014 just over 840,000 applications were received.

So why is this happening? Where are migrants/refugees coming from? Why are there so many of them? 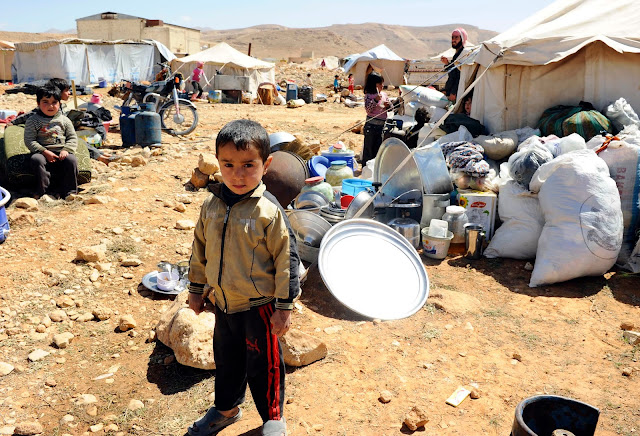 The corporate media and the political establishment on both the left and the right will answer those questions with a combination of half truths and outright lies. This shouldn't be surprising. It is in their interest to cover up the role they played in creating the crisis.

Let's take a look at the top 7 countries origin for these refugees, Syria, Afghanistan, Kosovo, Eritrea, Serbia, Pakistan, Iraq. (Hmmmm... is there a pattern in that list?)

A lot of attention is being put on Syria, because that's where the largest numbers are coming from. Hundreds of thousands are fleeing a conflict that has raged since 2011, and many are using this to push for an escalation of military force by the West. Because obviously if we bomb the heck out of the place, everything will go to normal.

Of course it sounds perfectly rational to take down ISIS, these guys are nasty, but upon closer inspection we find that the West is much more focused on removing President Assad from power. That might strike you as absurd, considering that the Syrian government is one of the last forces preventing ISIS from completely taking over the region. But it makes much more sense once you see how ISIS rose to power in the first place. Who funded them? Who armed them? Oh they don't like to talk about that do they?

Since at least 2011 the U.S. and its allies have been backing rebel groups in Syria, the goal of course being regime change. This escalated right after they had finished toppling Libya. There's a reason for that. The weapons from Gaddafi's armories were shipped through Turkey into Syria and distributed to combatants.

Even at the time it was clear that the majority of these weapons were ending up in the hands of jihadists.

The official narrative was that these rebels were freedom fighters, and that this was an organic uprising, an extension of the Arab Spring. The media and the political establishment in the both United States and Europe stuck to this story until it became impossible to hide the atrocities being committed by these so called freedom fighters. A Department of Defense document from 2012 showed that the U.S. government was fully aware of the fact that these fighters were connected to AQI or Al-Qaeda in Iraq (ISIS before they rebranded). The document showed that the U.S. knew that the fighters they were supporting intended to form a caliphate.

Not only did they know what was happening, they viewed it as a good thing. In fact in 2012 the CFR released an article openly stating that "In short, the FSA needs al-Qaeda now."

Publicly Washington continued to claim that the West was only assisting the "moderate rebels", the FSA in particular. However the FSA was very open about the fact that they regularly conducted joint operations with Al-Nusra, and Al-Nusra had direct alliances with ISIS.

No matter how you cut it the U.S. and its allies brought ISIS to power, and in doing so they they created a flood of refugees.

And let's not forget how this all started. Who toppled Iraq and Afghanistan creating a power vacuum, unleashing decades of chaos and destruction, and creating breeding grounds for extremists? It's no accident that these are among the top countries of origin for refugees.

While it might be convenient for Europeans to pin the blame entirely on the U.S., the reality of the matter is that European leaders have not only enabled Washington by refusing to call them out, but they also have played an active and direct role in the aggression. The blood is on their hands too, so it's not in their interest to tell you the truth.

These factual omissions play right into the hands of a right wing backlash which frames this debate as simply an immigration issue, and plays off of the public's distrust of Muslims. Those who actually created the mess are perfectly happy to let the victims become scapegoats.

This is a classic case of Problem, Reaction, Solution. You're being tricked. You're being herded towards more war, more chaos, more suffering. Which ironically will just create more refugees.