PM says report showing Auckland 4th least affordable in world reflects demand for Auckland as international city
Govt 'pulling all the levers it can'; first home buyers can still get on ladder; was just the same under Labour 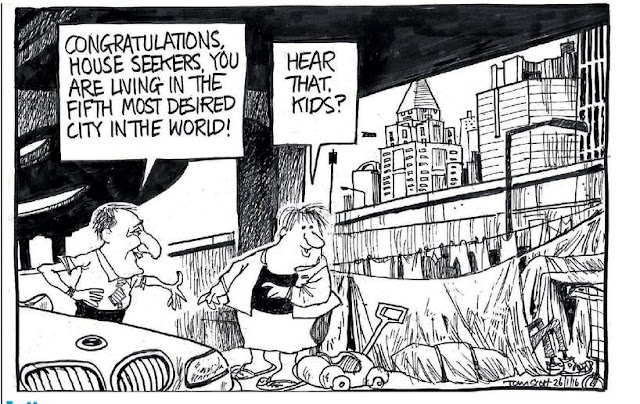 Prime Minister John Key has downplayed a Demographia report showing Auckland was the fourth most unaffordable housing market in the world last year, saying it reflected strong demand for Auckland as an international city and first home buyers could still get on the ladder in Auckland.


Key told Morning Report there were other reports which showed affordability was not as bad and that the Government was pulling all the levers it could to bring supply and demand back into better balance. 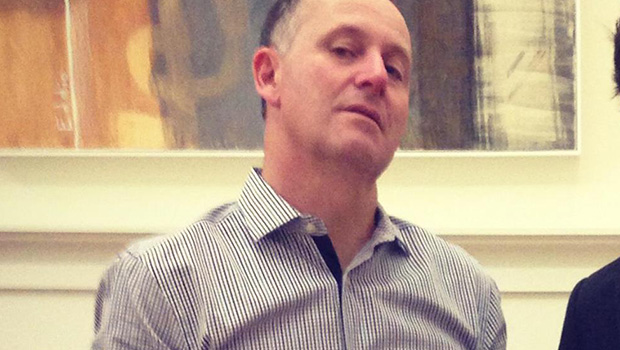 Demographia published its annual report this morning, which it said showed Auckland had become the fourth-equal least affordable housing market in the world with a median house price to income multiple of 9.7. This was worse than the 9th Auckland was measured at for 2014 and meant it was less affordable than Los Angeles (8.1), London (8.5) and San Francisco (9.4), but more affordable than Hong Kong (19.0), Sydney (12.2) and Vancouver (10.8). Melbourne was equal with Auckland on 9.7.

"It's a lagging indicator I'd say," Key told Morning report, pointing to figures for late in 2015 that showed house prices in Auckland were not rising as rapidly as in early 2015.


"In the end, it's a balance of supply and demand mixed in with real confidence about Auckland and lower inflation and lower interest rates," Key said.
Key denied that it was impossible for someone on the median income in Auckland to buy a house in Auckland.

"We have the lowest interest rates we've had in the last 50-60 years. You've got mortgage rates with a four in front of them. You've got the banks still able to lend well in excess of 80% for a new home now in Auckland and you've got a wide range of houses," he said.

Key said some home buyers could choose to buy a two bedroom apartment or those homes for sale between NZ$400,000 and NZ$500,000.
"A lot of people start in a home which is less than the median price and they work their way up to that," he said.

Key said the Auckland housing issue was not new and there had been a "kick up" in demand in the last few years.

Challenged on why housing affordability had got worse under his watch, Key said: "This is one survey. There are other surveys that are done. The Roost survey (interest.co.nz's home loan affordability report) for instance has a different measure of the way these things are done."

"If you take a fundamental step back and forget about the lagging data in Auckland, there's the highest level of construction in the last 11 years. We now have 106 special housing areas in Auckland. The number of consents is rising rapidly. There's no question you need more supply. There's no question we're pushing things through as fast as we can, but when you establish a special housing area, we all know that doesn't magic the houses on there overnight. You still have to put in the infrastructure and make things happen," he said.

"In part it does reflect that Auckland is a very attractive place to live. It has the same sort of characteristics as many other international cities. If you look at that survey, there we are alongside Sydney and Melbourne," he said.

"There's no question we need to pull all of the levers and do more. All I'm saying is it's not new that house prices have been rising rapidly in Auckland as they did under the previous Labour Government. It just in part reflects that Auckland is a very attractive place for people to live, both from the international environment -- people coming to Auckland -- but also people who live here."

ACT MP for Epsom and Government support partner David Seymour said the report was a reminder that a "Cabinet of baby boomers" had done nothing effectual on housing affordability.

“In a past life I was a spokesperson for Demographia and I watched the Auckland market grow progressively out of control.  Where the median house was 6.4 times the median income in 2009, for instance, in this latest report it has hit 9.7," Seymour said.

“Those who grumble about a lack of a capital gains tax should look at the ten least affordable markets in the (global) Demographia Survey.  All of them except Auckland are there despite having a capital gains tax. Those who like to blame the immigrants should take a look at fast-growing American cities such as Atlanta and Houston, that have maintained functional housing markets despite rapid growth," Seymour said.

Seymour said the Government should ban the use of city limits such as the Rural Urban Boundary in Auckland. It should also share the growth in company tax in any physical jurisdiction with the local council to help fund infrastructure and fundamentally reform the RMA.

'Don't topple the house of cards'

"The solution is to slow the rate of house price inflation while seeing a gradual increase in the median wage – and that will take time," Church said.

He proposed increasing land available for development, allowing intensification in the central parts of the city and encouraging first house investment outside of Auckland,

He said a large number of New Zealanders used the equity in their homes to buy businesses, invest in other assets and buy things, so falling house values would damage the economy.

"So reducing the value of their home could have a devastating effect on the economy and could bring the whole thing down like a house of cards," Church said.

(Updated with comments from Property Institute)