This Is What The Death Of A Nation Looks Like: Venezuela Prepares For 720% Hyperinflation 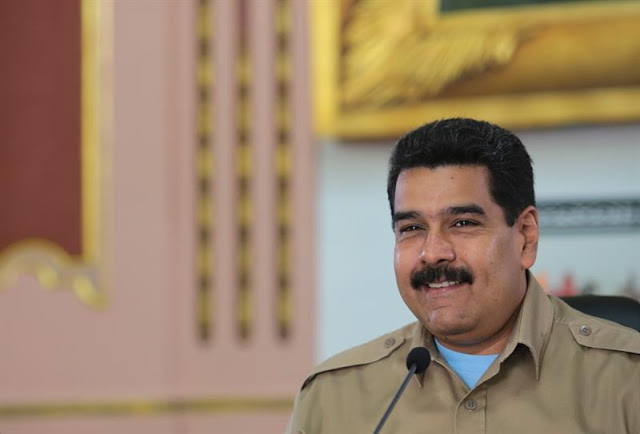 
For citizens of Nicolas Maduro's socialist paradise the news is terrible, and getting worse with every passing day.

Yesterday, we reported that one year after our November 2014 forecast, Barclays has decided that Venezuela is now past the "point of no return", and a bankruptcy in 2016 will be "difficult to avoid." But while some may have thought that this dramatic impact, while welcome by the rest of OPEC and oil bulls around the globe, would only impact the government, the reality is that this latest hit means a total disintegration of the economy and will take the country's already staggering hyperinflation to previously unprecedented levels.

According to the latest IMF estimate, Venezuela’s consumer inflation, already the world’s highest, will triple this year to a level above all estimates from economists surveyed by Bloomberg.

This is because the IMF, which until recently had predicted "only" 204% inflation for Venezuela, already higher than the 140% consensus, revised its numbers and now sees a mindblowing 750% hyperinflation in 2016: this means that the average price of products and services will increase over eight times over the span of the next 12 months.

Bloomberg reports that inflation will surge to 720 percent in 2016 from 275 percent last year, according to a note published by the IMF’s Western Hemisphere Director, Alejandro Werner. That’s nearly quadruple the median 184 percent estimate from 12 economists surveyed by Bloomberg, and exceeding the highest forecast of 700 percent from Nomura Securities.

Venezuela’s central bank published economic statistics Jan. 15 for the first time in a year, confirming that inflation had reached triple digits and closed the third quarter at 141.5 percent on an annual basis. As of December 2014, the last time data was released, inflation was 68.5 percent.

It has gotten so surreal, that the local central bank accused websites that track the dollar’s street value of “destroying prices” and installing a “savage” form of capitalism in the country, adding that 60 percent of inflation was the result of currency manipulation.

Whatever the cause, the reality is that real inflation is even worse, and when charted, this is what the death of a sovereign nation looks as follows (this does not assume a sovereign bankruptcy; when that happens the hyperinflation will really take off):

And when described with words:


Spiking prices and widespread shortages for even staples have driven discontent in Venezuela. That helped spur the opposition to gain control of Congress for the first time in a decade as President Nicolas Maduro attempts to turn the tide of what he has deemed an “economic emergency.”

“A lack of hard currency has led to scarcity of intermediate goods and to widespread shortages of essential goods — including food — exacting a tragic toll,” Werner said. “Prices continue to spiral out of control.”

Actually, the hard currency exists, because while locals may not have access to dollars, they certainly could have converted their now totally worthless currency into gold, thus not only preserving but boosting their purchasing power relative to the local stock market which, as we showed previously, has also generated negative returns relative to the rampaging hyperinflation.

According to Bloomberg, Venezuela’s economy will shrink 8% this year following a 10% contraction last year, according to the IMF. While these forecasts are more pessimistic than economists’ median estimates for a contraction of 4.1%, in reality the Venezuela economy no longer exists, with all transactions now taking place in the gray or black markets, and the government apparatus effectively operating in a vacuum.

Which, as we noted yesterday, is good news for oil bulls: once the now inevitable sovereign bankruptcy hits, the resulting chaos and collapse in oil production in the political and power vacuum which may last for years, will serve as just the supply drop buffer the world oil market so desperately needs.

But while that may be good news for oil traders, there is no good news in any of the above for the long-suffering citizens of this "socialist paradise" which any minute now will be downgraded to its fair value of "socialist hell."