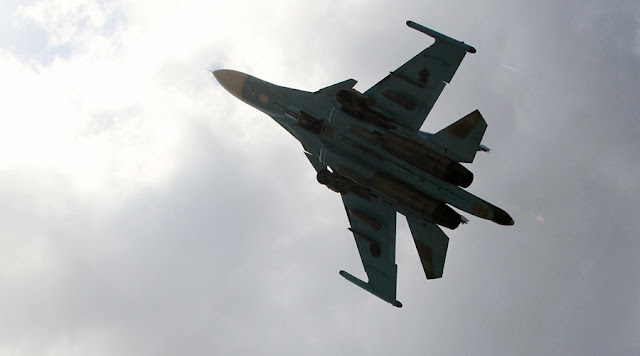 
Back in November, Turkey very nearly started a world war when Ankara decided it would be a good idea to shoot down a Russian warplane near the Syrian border.

Only one of the two Su-24 pilots survived after the plane was ambushed by two Turkish F-16s.

The other pilot was killed by the Syrian resistance and in a brazen move, the FSA destroyed a Russian search and rescue helicopter with a US-supplied TOW hours after the plane was downed.

That incident triggered a rather heated war of words between Ankara and Moscow, with The Kremlin launching a PR campaign that accused Turkey of aiding and abetting Islamic State by, among other things, facilitating the group’s illicit oil trafficking business.

Since then, Russia has also deployed S-400 advanced missile defense systems to Latakia which effectively means that Turkish F-16s are no longer allowed in the skies above Syria.

Well, just when you thought the tensions between Erdogan and Putin were calming down, Turkey has summoned the Russian ambassador over what Ankara claims was another violation of Turkish airspace by Russian jets.

“Turkey said Saturday that a Russian warplane breached its airspace, accusing Moscow of seeking to escalate tensions and warning of consequences two months after Turkish F-16s downed a Russian jet for violating its territory from Syria,” WSJ reports. “A Russian Su-34 entered Turkey’s airspace at 11:46 a.m. local time on Friday, despite repeated warnings from Turkish radar operators in Russian and English, the Foreign Ministry in Ankara said in an emailed statement Saturday.”

“We are issuing an explicit and clear call to the Russian Federation to act responsibly in the matter of not violating the Turkish airspace, and therefore NATO airspace,” Turkey said, as though Russia had somehow forgotten that Turkey was a NATO member.

We hope cooler heads will prevail in Ankara this time around because if Erdogan shoots down another Russian plane, they’ll be long range bombers over Erdogan’s $615 million palace.

In any event, we're sure Erdogan will write this off as a misunderstanding.
After all, it was the Turkish President himself who in 2012 said "a short-term border violation can never be a pretext for an attack."

Meanwhile, assuring tensions between the two nations remains at their highest in years, a Turkish ultranationalist who bragged about killing the pilot of a Russian bomber shot down by Turkish fighter jets has showed up for the funeral of a fellow militant in Istanbul. Moscow has demanded the man’s arrest on war crime charges.

Alparslan Celik is a Turkish citizen, the son of a former district mayor elected from Turkey’s Nationalist Movement Party (MHP) and a member of the party’s unofficial youth military arm, Bozkurtlar.

He appeared in Istanbul on Wednesday for the funeral of Ibrahim Kucuk, the head of the MHP bureau in Istanbul’s Fatih district, who was killed in an airstrike in a Turkmen village in Syria, the Hurriyet newspaper reported.

“The martyr [Kucuk] was our friend. He was with us in Bayirbucak and Turkmen Mountain. We were together,” he told journalists referring to the northwestern region of Syria, where ethnic Turks are an ethnic majority. The Turkish government has been supporting Turkmen militias in Syria, including the group in which Celik is deputy commander.

Alparslan Celik is seen during an interview with the Do?an news agency in northwestern province of Kocaeli on Jan. 28. (Photo: DHA)

Previously Celik challenged the Russian threat to his life, vowing he will continue to fight to defend the Turkmens' territory in Syria against government forces backed by Russia.

He confirmed that rebel groups fighting against Syrian government forces in the Turkmen region have been getting military support from Turkey.

Underlining the rebels' need to have air defense weapons to protect themselves against Russian jets, Celik reportedly praised Turkey's assistance that has been given to Turkmens in the region; however, he said the amount of support is still not sufficient.

He complained about still being provided with the same rudimentary weapons as the ones those given to them while they were fighting Syrian and Iranian forces -- before the involvement of Russia on the side of the Syrian government.

He reportedly told the news agency: “The same [kind of] weapons are coming today when we are fighting against Russia, which is a world power. We are not equipped with the weapons to counter their high-tech devices. But they [weapons] are certainly coming from the Turkish state. The [sort of] weapons that work in combat at close quarters. But we don't have an air defense system… What we are asking from the Turkish state is to provide us with air defense weapons."

Celik previously implied he had killed Oleg Pe?kov, a Russian pilot, as he parachuted from his plane, which was hit by a Turkish jet for allegedly violating Turkish airspace. A Turkish F-16 shot down the Russian pilot's Su-24 on Nov. 24, an act that has led to a crisis in relations between the two countries. Pe?kov was one of the two pilots in the downed jet that fell over Syrian territory near the Turkish border after being hit by a missile.

The video of the mid-air execution can be found here.

As for Russian threats, he is not afraid: "I have no such fear [of death]. We will continue our fight to the last person, the last breath, [and] the last drop of blood,” Celik told the Dogan news agency on Thursday.
Putin may promptly oblige. 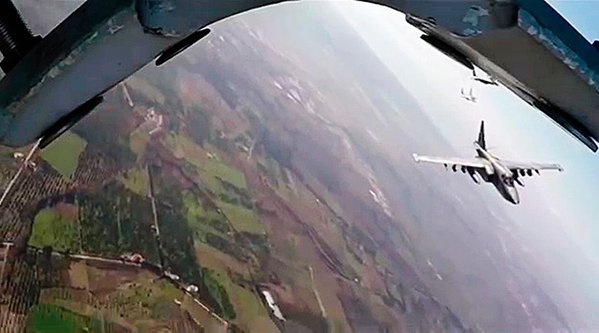 Moscow has denied Turkey’s accusation that a Russian Su-34 bomber violated its airspace on Friday. The Russian Ministry of Defense said that Ankara couldn’t have determined which country the jet belonged to under the circumstances they described.

“There have been no Turkish airspace violations by the aircraft of the Russian airborne tactical formation [acting] in the Syrian Arab Republic. The statements from the Turkish side concerning the alleged air incursion by a Russian Su-34 are proof-less propaganda,” Russian Defense Ministry spokesman Major General Iror Konashenkov said in a statement on Saturday.


He stressed that the airspace controlling radar stations that Turkey has can only determine the altitude, flight line, and speed of an aerial vehicle, but not its type or state affiliation. To determine which country owns the jet requires visual contact from another aircraft, Konashenkov emphasized, adding that no visual contact had been reported

Posted by seemorerocks at 10:06