13,000 people removed from the electoral role without explanation - including people who have been on it (at the same address) all their adult lives.

Do I smell a rat? Helen and Joan Campbell are upset they weren’t able to vote in the flag referendum because their names had been removed from the electoral roll.
A Ngaruawahia family has missed the opportunity to vote in the flag referendum after discovering they were among thousands of people removed from the electoral roll.
In total, 13,815 people nationwide were removed from the electoral roll after the 2014 general election and Joan Campbell and her family were among them.
They had been enrolled at the same address for 26 years, but only one of the four Campbells were sent flag referendum voting papers.
"They said it was a postal vote so we expected our papers to arrive," she said.
Only her granddaughter was sent the paperwork, so Campbell and her daughter Helen rang the Electoral Commission and discovered they were not enrolled.
"I hit the roof. I'm now 73-years-old and I've been on the roll since I was 21. None of us have changed our names, none of us have changed our address. How come we've all been taken off the roll?"
Campbell was asked if she had voted in the 2014 general election.
"Yes, I did. I saw my name on the roll and I voted. Our names have gone off the roll since the last election. Helen was told we had been sent something and it had been sent back with a 'not at this address' stamp. Well how could that happen?"
She said it still did not explain why her granddaughter received the flag referendum voting papers and the rest of the family did not.
"We can't vote in the referendum about the flag that we have very [strong views on].
"How can it be a fair referendum when there's three of us here wanting to vote, and we can't?"
She was told electoral enrolment papers would be sent to the family and they could enroll and vote on the flag referendum at a Post Shop. But when they tried, they were told the Post Shop didn't hold voting papers.
The Electoral Commission's manager communications and education, Anastasia Turnbull, said in a statement that she couldn't comment on the specific case without first speaking to the family. She hoped to be in contact with them in enough time to allow them to vote.
"Voting papers were sent to everyone enrolled as of 19 November 2015, which was 3,158,473 people," she said.
There were a number of reasons people could be removed from the roll.
"... the principal one is because electoral mail sent to them was returned as undeliverable or marked 'Return to Sender'.
"In these situations, the Registrar of Electors will attempt to contact the person concerned, and if that is unsuccessful they will be removed from the roll."
After the 2014 general election, 13,815 people nationwide (0.4 per cent of those enrolled) were removed from the roll because their EasyVote packs were returned as undeliverable, she said.
Turnbull also confirmed that while people can get enrolment papers from their local Post Shop, in a postal vote such as the flag referendum, voting papers must be sent out by post and there are no physical voting places.


"If a voter is mistakenly removed from the roll due an administrative error, they are able to be reinstated once their details have been confirmed with their Registrar of Electors." 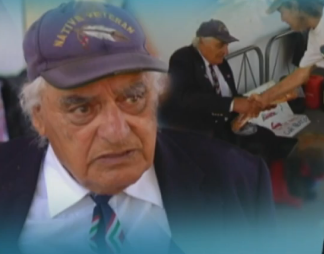 His hard-earned pension was snatched away after he took part in a demonstration.

Selywn Clarke, your country has let you down. And it has a lot to answer for.
The condition of the 28th Maori Battalion veteran on the streets of the Northland township of Kaitaia has been concerning locals, many of whom have offered him food items.

Mr. Clarke’s pension was cut entirely following the veteran’s failure to appear in court following his participation in a land occupation.

“The people who were arrested that day are the people who have rights to that land. The land does not belong to Ngāi Takoto neither does it belong to the government.” Mr. Clarke told Maori Television.

He has been begging at busy scenes including a Kaitaia market for money.
“I thought I would receive the pension for the rest of my life, but now it’s been cut and I’m here seeking financial support to live off.”

In an interview for Maori Televison’s Te Kaea program, Mr. Clarke added “I recall seeing beggars in Egypt on my return from the war and thinking to myself. And yet here I am now an elderly man, and I’m begging in New Zealand, on my own and.”

I do not believe that it is a radical idea that in a modern New Zealand, no elderly person, or veteran should be left to live their years in hardship.

It goes without saying that Mr. Clarke, a veteran, who put his life on the line for his country and for peace deserves better. And it is undeniable that someone of his valour and selflessness deserves nothing less than the comfort of a secure financial situation from the government – who are currently letting him down in failing to protect someone who protected the country.

Let the world know, this is how New Zealand treats those who protected us.
Bennett Morgan 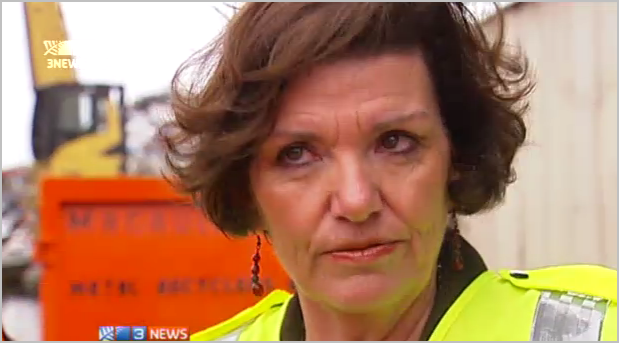 The minister of social development Anne Tolley is going to outsource social services to a British military contractor Serco. New Zealand’s social services could now be outsourced to other foreign defence and aerospace contractors like Northrup Grumman that designed the Apollo lander for the moon landings.

The most vulnerable New Zealanders could be at the mercy of military contractors In this corporate utopian society aimed at making huge profits at tax payers expense.
Reaganomic’s theory of outsourcing, selling off state assets and allowing business to self-regulate industry as an economic theory that never worked, the United States turned from being the biggest creditor nation on earth to the biggest debtor nation. New Zealand is fast becoming one of the biggest debtor nations from Neo-Liberal agendas like outsourcing social welfare and selling state assets. 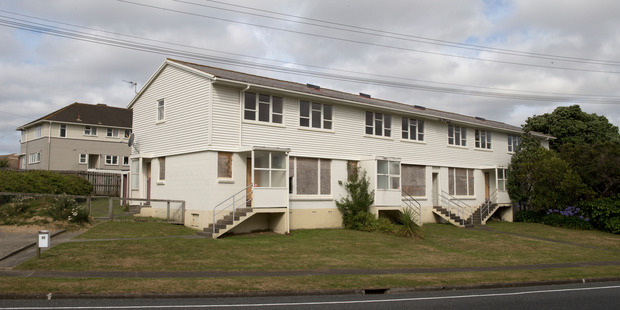 From today, turning down a state house more than once without good reason will result in removal from the waiting list for up to three months.

The 4500 applicants on waiting lists nationwide will also have to consider moving further away from their place of work under the new policy.

In the past, applicants for a state house could choose just one suburb they wanted to live in. They could also turn down three offers of a house for any reason.

Applicants now have to nominate at least three suburbs they are willing to live in. And if they turn down more than one house, they could be removed from the social housing register for 13 weeks.....[ ] 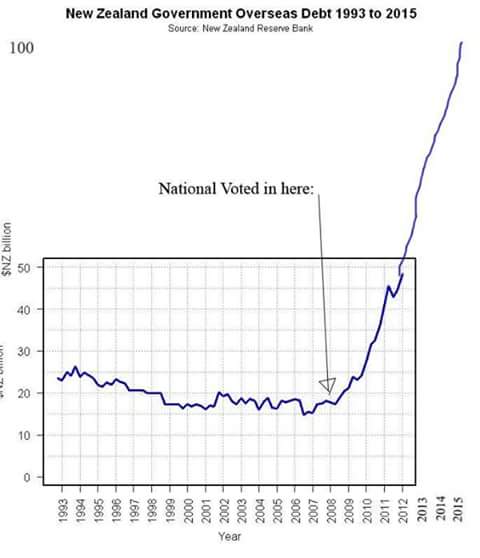 Auckland housing some of the world's most unaffordable: RNZ Checkpoint 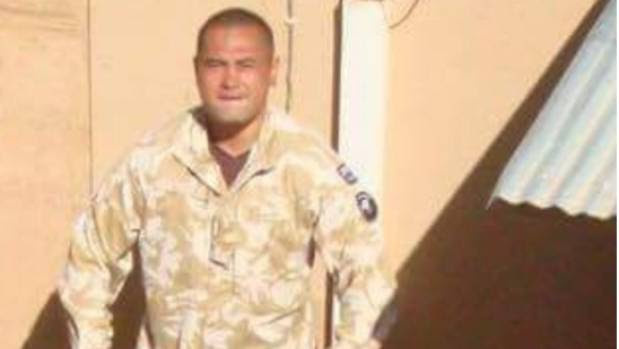 Ko Haapu was part of a team whose job was to rescue infantry units under attack in Afghanistan.
A former Kiwi soldier detained in a maximum security prison in Australia has been given a hearing date, but charges are not yet known says his partner.
Former Lance Corporal Ngati Kanohi Te Eke Haapu, known as Ko, had his visa revoked because he was a member of an outlawed motorcycle club.
However, instead of being sent to a detention centre like most detainees, he was sent to a maximum security prison. He has been in Casuarina Prison in Perth for more than two months now.
His Australian partner, Teresa Mariner said he does not have access to phones or internet and limited contact with the outside world, unlike other detainees.
The Office of the Australian Minister for Immigration and Border Control were contacted last week about Ko's conditions and charges but have not yet responded.