America: Trading reason for wishful thinking and genocide for a few dollars in the bank

So Stupid It Berns 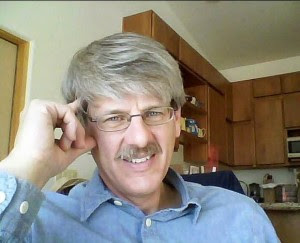 Had I not already offended everybody I know, and many people I don’t, I’d hesitate to post this essay. I’m an equal-opportunity offender, as I’ve written often in this space. My latest example, though likely not my last, is offered in this brief missive.

It seems Americans are falling for it again. Afflicted with hope and humanism, willfully turning a blind eye to the horrors of imperialism, they are trading reason for wishful thinking and genocide for a few dollars in the bank. Repeat after me, fellow Americans: We’re number one!

If our collective enthusiasm has waned, who could be surprised? We’ve traveled this pothole-littered path before, only to be bamboozled by the same shuck-and-jive nonsense as previous generations.

We generally admit that politicians are reasonably intelligent and knowledgeable about a broad array of topics. And yet we express surprise when the latest elected official changes course post-election. The masses, naively believing politicians will serve them instead of the moneyed interests that greased the election, constantly ignore the age-old patterns of broken promises, redistribution of wealth and power, and accelerating oligarchy as civilization decays.

Afraid to acknowledge imperialism, horrified to accept the truth about this set of living arrangements, we muddle along, pretending not to notice reality even as it intrudes into our personal lives. We can’t even accept our own individual death, much less the demise of empire or extinction of Homo sapiens.

So we vote, with plenty of evidence to suggest our vote doesn’t matter. We each hold our nose in checking the box beside the politician we believe is the lesser of evils. The lesser of evils is still evil, and the support of a fascist enterprise we incorrectly label “democracy” has led to the expected, fascist outcome.

Vladimir Lenin, who ought to know, said, “fascism is capitalism in decay.” Or, as I pointed out with far more words than Lenin in a book published more than a decade ago: “The administration of George W. Bush is characterized by powerful and continuing expressions of nationalism, identification of enemies as a unifying cause, obsession with militaristic national security and military supremacy, interlinking of religion and the ruling elite, obsession with crime and punishment, disdain for the importance of human rights and intellectuals who support them, cronyism, corruption, sexism, protection of corporate power, suppression of labor, control over mass media, and fraudulent elections. These are the defining elements of fascism.”

The situation in the United States has worsened considerably as one spineless, empty suit in the Oval Office has been replaced by another. I’ve no doubt we’ll rinse and repeat at every future opportunity. Serving corporate masters comes at a cost to the laborers, though the latter are adept at denying their slavery. And, although the United States is almost certainly the worst of the bunch, other industrialized countries are happy to follow the dirty road of lies, propaganda, and concentration of power within the hands of the few at the expense of the many.

Franz Kafka’s short stories and novels don’t even come close to the reality of our time. We’re firmly ensconced in Aldous Huxley’s brave (sic) new (sic) world. Most of the proles refuse to acknowledge the disaster of human affairs, much less the abject horrors beyond the human realm.

Consider a minor example, from among thousands: the complete isolation of the political system from the economic system. The latter is never debated in Congress, much less in town halls or universities. Economic issues, as emphasized by politicians, are limited to conversations about taxation and re-distribution. The taboo on discussions of, for example, ownership and control, is as severe as the taboo placed by the dominant culture on discussions of grief, death, sex, and urinating. Discussions about economics are limited to the economics of capitalism, the unquestioned only path worthy of conversation.

Rather than deal with the foundation of capitalism — much less the deeper issue of civilization — we allow ourselves to address the color of the trim on the structure (e.g., wages and management).

Ask the typical American about any of the following topics, and you’ll likely receive the same response: atomic bombs, cluster bombs, depleted uranium, land mines, indefinite detention without due process, torture of untried detainees, and murder of children. The response to each of these crimes: We’re upholding security in the world. If not us, who?

I’m offended when the self-proclaimed patriots marinating in imperialism refer to the operation housed in the Pentagon as the Department of Defense. The language was a bit more honest before 1949, when the entity bore the War label. Even then, Department of Conquest would have been more accurate.

I doubt a Department of Peace emerges any time soon. Peace is boring. Conquest means bling. Not for you and me, but we don’t matter beyond our contributions as cannon fodder and cheap labor. And of course as consumers of cheap products we don’t need.

Your favorite candidate for political office isn’t going to repair the system. For starters, the system isn’t broken: It’s fixed, albeit not for you or me. Another politician isn’t going to douse the conflagration. He’s more likely to throw gasoline on the fire. Only then will it be clear what is meant by the expression, “Feel the Bern.”