There they go again: US mulls anti-ISIS operations in ‘liberated’ Libya 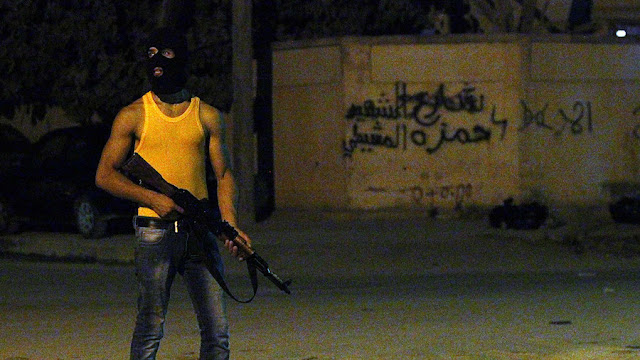 Washington is exploring options for intervening in Libya, citing reports of Islamic State extremists operating in the country that was plunged into chaos in 2011 by a NATO intervention. US troops have already visited the country, the Pentagon admitted.

The US is “closely monitoring” the situation in Libya, and it is “too soon to say exactly where things will evolve,” Defense Department spokesman Peter Cook told reporters Wednesday, acknowledging for the first time that US military personnel were recently present in the north African country.

“There have been some US forces in Libya, trying to establish contact with forces on the ground” to get a clear idea of what the situation, and evaluate who might be “

worthy of US support” in the impending struggle against Islamic State (IS, formerly ISIS/ISIL) extremists, Cook said.

Earlier this week, General Joseph Dunford, chairman of the Joint Chiefs of Staff, said the US wanted to “take decisive military action” against IS in Libya, in order to “put a fire wall” between them and other terror groups operating in Africa. The decision on the plan, which would involve NATO allies like the UK, France and Italy, will be made in “weeks,” Dunford said, according to the official military newspaper Stars and Stripes.

Supporters of any new military intervention in Libya will most likely find arguments in the two reports published Wednesday. Almost 400,000 people have been displaced by the ongoing civil war in the country, said Human Rights Watch, accusing both factions of war crimes.

Meanwhile, the Soufan Group – a consulting company formed by a former US official who investigated the 9/11 attacks – said that Libya could become a preferred destination of terrorists due to its porous borders, ungoverned hinterlands and vast oil reserves.

Both IS and Al-Qaeda are “utilizing Libya as a safe haven from which to launch operations against neighboring countries,” the group’s report argued. “A failed state in Libya could be disastrous for North Africa and Europe as well as the broader international community.”

US warplanes are already operating over Libya, with the Pentagon admitting in December 2015 that an air raid in November killed a suspected IS commander known as Abu Nabil in the city of Derna. It was the first US airstrike against the terror group outside of Syria or Iraq.

In December 2015, British officials floated plans to deploy a 6,000-strong NATO force in support of the “unity government” proposed by the UN. However, the latest plan to create a compromise cabinet was rejected 89-15 by the internationally recognized parliament in Tobruk.

The US and France spearheaded the NATO intervention to “liberate” Libya in 2011, aiding the rebels fighting against the government of Colonel Muammar Gaddafi, who had run the country since 1969. After Gaddafi’s death, rebel factions began fighting over the spoils.

By the spring of 2014, Libya was effectively divided into the historical provinces of Tripolitania and Cyrenaica, with the desert hinterlands lapsing into anarchy. Tripolitania was taken over by Libya Dawn, a coalition of Islamist groups such as Muslim Brotherhood and Ansar al-Sharia, backed by Turkey and Qatar. The most powerful force in Cyrenaica are the leftovers of the Libyan army, led by General Khalifa Belqasim Haftar, who spent two decades in the US before returning to claim power in 2011. Haftar is backed by Egypt, Saudi Arabia and the United Arab Emirates.

The InterceptПодлинная учетная запись‏@the_intercept
U.S. is about to seize on the effects of its bombing campaign in Libya to justify an entirely new bombing campaign. http://interc.pt/23sSezv

The increase in US rhetoric about intervening in Libya again has alarmed critics of the original intervention, such as Glenn Greenwald of the Intercept.

“Just as there was no al Qaeda or ISIS to attack in Iraq until the US bombed its government, there was no ISIS in Libya until NATO bombed it,” Greenwald wrote on Wednesday.