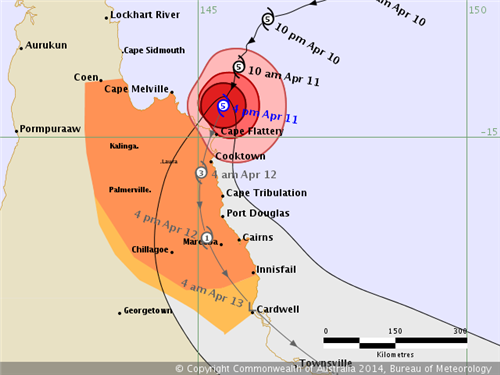 The weather bureau says Ita has slowed down and should make landfall between Cape Flattery and Cooktown around midnight.

Brett Harrison from the bureau says there is a chance the system may be downgraded before it crosses the coast, but "either way we're still looking at a significant event".

The dangerous system will generate storm surges, high tides and very destructive winds of up to 300 kilometres per hour.

The main evacuation centre in Cooktown has now been locked down, while further south more than 30,000 Cairns residents are being urged to evacuate because of a potential storm surge threat.

Parts of the coast could receive up to 300 millimetres of rain every six hours for several days after Ita hits.

Forecasters are closely monitoring for any southerly shift in the cyclone's track which could take it towards more densely populated areas.

Authorities say the cyclone is likely to rival the intensity of Cyclone Yasi, which devastated regions in far north Queensland in 2011.

Councils in the region say they are prepared for electricity supply to be cut to some communities for up to a month.

Follow all the developments on our live blog, and read the story here 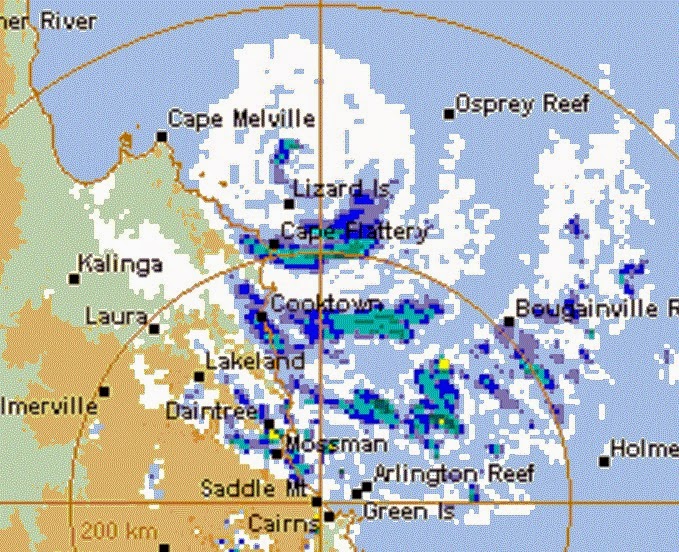