Breaking News: there is no news 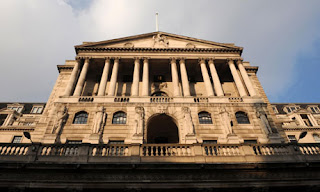 the Guardian
Wednesday 21 September 2011 21.21 BST
The United States central bank has unleashed a radical $400bn plan to prevent the world's largest economy sliding back into recession, as it emerged that the Bank of England was itself gearing up to pump billions into the British economy.
Policymakers on both sides of the Atlantic are battling to prevent the current "soft patch" in the global economy turning into a full-blown slump as the eurozone debt crisis rattles financial markets and unemployment continues to rise. Share prices fell sharply after the Fed's announcement, with the Dow Jones industrial average on Wall Street losing more than 150 points.
For article GO HERE

STOCKS CRATER AFTER BERNANKE ANNOUNCEMENT: Here's What You Need To Know
Joe Weisenthal 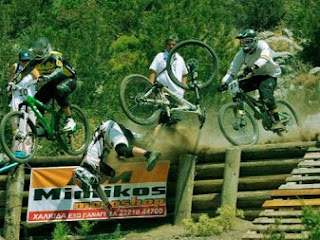 Business Insider
21 September, 2011
Finally, after all the anticipation, we got the big FOMC announcement. And as expected we got Operation Twist. And as so frequently occurss when something expected happens, stocks fell on the news.
But first, the scoreboard:
Dow: -281.36
NASDAQ: -47.32
S&P 500: -34.08
And now the top stories:
• To start, today was all about the Fed. Europe was abnormally quiet, with very few shock headlines coming out. It sounds like Greece is getting closer to a deal with the Troika, though that next tranche of aid is still obviously a ways off. No doubt the Greek story will be back with a vengeance shortly.
• In the U.S. there was some news in the early going. At 10:00 AM new home sales came in better than expected, though the market didn't seem to care much. Then later on, Moody's went on a big downgrade rampage, knocking the long-term credit ratings of Bank of America and Wells Fargo, and the short-term rating of Citigroup. The main reason: The level of implicit government support for the big banks has gone down, and it's more reasonable to assume that the bondholders of a failing institution would get haircutted.
• In other corporate news, it came out that the next iPhone would be unveiled on October 4, and it looks like Hewlett Packard is about to sack its CEO Leo Apotheker.
• Then at 2:20 we got THE ANNOUNCEMENT. We got the twist! Specifically, the Fed said it would sell $400 billion worth of short-term securities and buy the same amount of long-term mortgage backed securities in an attempt to further compress long-term yields. It worked. The yield curve did flatten after the announcement. That being said, stocks (which were already lower) then proceeded to dive. And the dollar surged. It seems that some were, perhaps, expecting more (like a cut to the interest on excess reserves, or more dramatic language). Anyway, if you want to know why it's called operation twist, see here.
Posted by seemorerocks at 10:26