Navarra Region of Spain Bankrupt by End of Year "No Money to Pay Workers or Provide Services"; Electricity cut off to Spanish town over unpaid bills 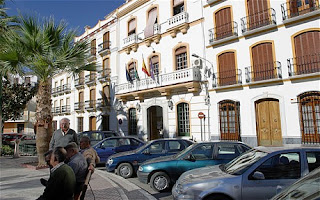 Mish's Global Economic Analysis
Entire regions of Spain are in severe economic stress including Navarra in Northern Spain.
The Vice President and Minister of the Presidency, Public Administration and Home Affairs of the Government of Navarra, Roberto Jimenez, said that "the situation is dramatic provincial coffers and no money to pay for commitments made this year."
"There is money to pay public workers, no money to continue to provide quality public services"
"There is no money to plug holes. I'm not talking about Greece, in October and cannot pay public salaries, I'm talking about Navarra" he argued.
Navarra has in terms of national accounts "a deficit of 600 million euros," added Jimenez, who has remarked that "only now, after entry of the Government of Navarre PSN has been officially recognized."
Map of Navarra 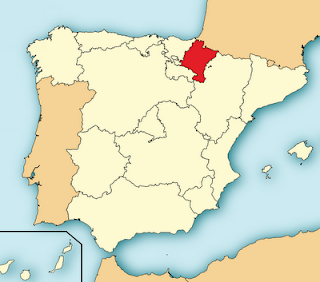 See Wikipedia Navarra for details about the region.


Coin, near Malaga in southern Spain, is, like many towns across the crisis-hit nation, on the verge of bankruptcy with an estimated debt of nearly 30 million euros (£26m) owed by the town council.
For more than a week there has been no lighting in public areas after power company Endesa cut services because of an outstanding bill of 280,000 euros (£240,000).
Meanwhile some 500 council employees in the town have not yet been paid their August wages, it was reported.
The town of 22,000 residents has been ordered to make an urgent payment of 400,000 euros (£346,000) to the Treasury in monthly instalments to cover its debts but the mayor has said the town will be forced to file for bankruptcy.
It is a problem repeated in municipalities across Spain. In some towns, police officers have been ordered to walk to crime scenes in a bid to save costs on patrol cars.
On Tuesday rating agency Moody's warned that Spain's regions could fail to meet their deficit-cutting targets, a move considered necessary for the nation to meet the EU-agreed public deficit ceiling of 3 per cent of GDP by 2013.
Austerity Stranglehold

Does anyone really think austerity measures are going to help Spain reach its deficit ceiling targets by 2013?
Is the plan then to suck Spain dry before it defaults?
More than likely "sucking Spain dry" will be the end result of delusional bailout attempts rather than the plan.
From the point of view of Spain, it loses regardless.
Mike "Mish" Shedlock
http://globaleconomicanalysis.blogspot.com


Spain raises taxes on the rich 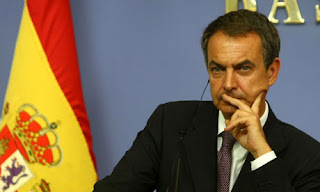 Prime minister José Luis Rodríguez Zapatero reinstates the sort of wealth tax that he abolished just before the recession
The Guardian,
16 September, 2011
Spain today became the latest European country to hike taxes on the wealthy, with a new asset-based tax targeting the country's richest people.
Spain's socialist government hopes that the new wealth tax will raise up to €1bn in a country where growth is grinding to a halt and this year's 6% deficit target looks increasingly tough to meet.
The move represents a U-turn for prime minister José Luis Rodríguez Zapatero, who abolished a similar wealth tax in 2008 — just before the country plunged towards recession.
For article GO HERE
Posted by seemorerocks at 11:05