Germany and America were on a collision course on Tuesday night over the handling of Europe's debt crisis after Berlin savaged plans to boost the EU rescue fund as a "stupid idea" and told the White House to sort out its own mess before giving gratuitous advice to others. 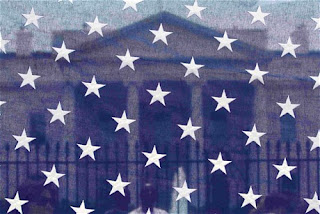 By Ambrose Evans-Pritchard
the Telegraph
27 September, 2011
German finance minister Wolfgang Schauble said it would be a folly to boost the EU's bail-out machinery (EFSF) beyond its €440bn lending limit by deploying leverage to up to €2 trillion, perhaps by raising funds from the European Central Bank.
"I don't understand how anyone in the European Commission can have such a stupid idea. The result would be to endanger the AAA sovereign debt ratings of other member states. It makes no sense," he said.
Mr Schauble told Washington to mind its own businesss after President Barack Obama rebuked EU leaders for failing to recapitalise banks and allowing the debt crisis to escalate to the point where it is "scaring the world".
"It's always much easier to give advice to others than to decide for yourself. I am well prepared to give advice to the US government," he said.
The comments risk irritating the White House. US Treasury Secretary Tim Geithner has been a key driver of plans to give the EFSF enough firepower to shore up Italy and Spain, fearing a drift into "cascading default, bank runs and catastrophic risk" without dramatic action.
The danger for Germany is that America will lose patience, with unpredictable consequences. The US Federal Reserve is currently propping up the European banking system in a variety of ways, including dollar swaps.
Markets across the world ignored the mixed signals about the true scope of EU rescue measures, convinced that EU leaders have a "grand plan" up their sleeves and will unveil the details after the Bundestag has voted on Thursday on the earlier July deal to revamp the fund.
France's CAC-40 surged by 5.7pc, led by a 17pc rise for Societe Generale. Germany's Dax was up 5.3pc. The FTSE 100 jumped 4pc in London, the biggest one-day rise this year. Oil jumped almost $4 in New York to $88 a barrel.
In Berlin, Chancellor Angela Merkel was fighting for her political life as the rump of lawmakers from her coalition vowed to reject the EFSF package, though the latest tally suggests she may squeeze by with her own majority. Angry dissidents suspect that secret plans are being withheld until after the vote.
Greek premier George Papandreou told German business leaders that his country would honour its austerity pledges, but also issued a veiled warning. "The persistent criticisms levelled against Greece are deeply frustrating, not only at the political level, where a superhuman effort is being made to meet stringent targets in a deepening recession, but frustrating also for the Greeks, who are making these painful sacrifices."
"Drastic measures have had a dramatic impact on the living standards of our citizens. Many Greeks feel they have little left to give. If people feel only punishment and scorn, this crisis will become a lost cause," he said.
Mr Papandreou's Pasok party passed a crucial vote on Tuesday to raise property taxes, but at a high political price. The party's approval rating has fallen to 15pc in the latest Mega poll.
Greece has a trump card in rescue talks with the IMF-EU "Troika". If it opts for a "hard default", it could set off a chain reaction. Lorenzo Bini-Smaghi, an ECB board member, said those arguing that Europe's banks could withstand a Greek default are misguided. "Similar views were held before Lehman. Those who say this have no idea how contagion works," he said.
Analysts say the Troika will have to approve the next €8bn tranche of aid for Athens in October whether or not Greece has complied fully with the terms. It cannot risk a showdown before Europe's banks have beefed up their capital base, or before the EFSF is fully equipped to defend the rest of the system.
Like a forced marriage, Europe and Greece must kiss and pretend.
Posted by seemorerocks at 12:04