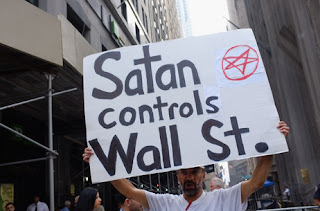 Teheran Times
26 September, 2011
TEHRAN - Unofficial sources have announced that Iran, Russia, and China are currently holding talks on a proposal to establish a joint missile defense shield as a counterweight to a NATO defense shield, according to a recent report.
The report, which was published in the Iranian daily newspaper Kayhan on Sunday, said that the sources cited two reasons why serious consultations have been held on the initiative.
First, all three states have come to the conclusion that U.S. officials’ assertion that their concern over the alleged missile and nuclear capabilities of Iran and North Korea is the reason for the decision to establish a NATO missile defense shield is just a pretext and the true objective of the shield is to threaten Russia and China.
In addition, now that the proposal to establish an early warning radar system in southeast Turkey, which is one component of the NATO missile defense shield, appears to be a done deal, the U.S. is now planning to establish other components of the new system in South Korea and Taiwan, which clearly shows that Washington is using the alleged threat from Iran and North Korea as a pretext to target China and Russia.
An informed expert believes China, which has not taken any action on the issue so far, is beginning to comprehend the level of danger posed by the new system.
Russia’s analysis of the situation is similar to Iran’s view, which was expressed during Russian Security Council Secretary Nikolai Patrushev’s recent visit to Tehran.
Therefore, it seems the three countries have realized that the time has come to seriously start discussions on the plan.
Some sources say Dmitry Rogozin, the Russian envoy to NATO, who is scheduled to travel to Iran before the end of September, will probably hold operational discussions on the plan with Iranian officials.
According to RIA Novosti, Rogozin is going to discuss “strategic issues” in Tehran.
Military experts are of the opinion that since Iran, Russia, and China have made great progress in designing anti-aircraft defense systems, the construction of such a missile shield system will not be a difficult task for them.
India: Maharashtra faces power shortage

Daily Pioneer,
26 September, 2011
In major fallout of the ongoing Telangana agitation, Maharashtra is facing a power shortfall ranging between 2,000 and 2,500 MW, a development that has prompted the State electricity authorities to resort to load-shedding in both rural and urban areas.
The authorities have attributed such a sizeable power shortfall to both the coal shortage-triggered reduction in power generation four units in Maharashtra and suspension of electricity supply by NTPC units in Andhra Pradesh. Both factors are an offshoot of the Telangana agitation.
The coal-based thermal power plants at the power plants of Parli, Khaparkheda, Bhusawal, Chandrapur and Koradi are facing a major coal shortage.
For article GO HERE
Coal shortage hits Nalco
Times of India
26 September, 2011
ANGUL: Aluminium giant Nalco was forced to scale down production at its Angul smelter plant due to shortage of coal. Company sources said the daily production has come down to 1,000 tonnes instead of the normal 1,200 tonnes, resulting loss of crores of rupees.
For article GO HERE
Fukushima Desolation Worst Since Nagasaki

Bloomberg,
26 September, 2011
Beyond the police roadblocks that mark the no-go zone around Japan’s wrecked Fukushima nuclear plant, six-foot tall weeds invade rice paddies and vines gone wild strangle road signs along empty streets.
Takako Harada, 80, returned to an evacuated area of Iitate village to retrieve her car. Beside her house is an empty cattle pen, the 100 cows slaughtered on government order after radiation from the March 11 atomic disaster saturated the area, forcing 160,000 people to move away and leaving some places uninhabitable for two decades or more.
“Older folks want to return, but the young worry about radiation,” said Harada, whose family ran the farm for 40 years. “I want to farm, but will we be able to sell anything?”
What’s emerging in Japan six months since the nuclear meltdown at the Tokyo Electric Power Co. plant is a radioactive zone bigger than that left by the 1945 atomic bombings at Hiroshima and Nagasaki. While nature reclaims the 20 kilometer (12 mile) no-go zone, Fukushima’s $3.2 billion-a-year farm industry is being devastated and tourists that hiked the prefecture’s mountains and surfed off its beaches have all but vanished.
The March earthquake and tsunami that caused the nuclear crisis and left almost 20,000 people dead or missing may cost 17 trillion ($223 billion), hindering the recovery of the world’s third-largest economy from two decades of stagnation.
For article GO HERE
Central Bankers the Only Defense Against Apocalypse: Economist
This headline is like saying the fox is the hens’ only defence!!

CNBC
26 September, 2011
“Greece does not have several weeks to go before it runs out of cash. Markets are precipitating a banking crisis already. Fiscal policy is responding too slowly and incohesively to the debt crisis in Europe,” said Weinberg, who now believes the central banks are now the last line of defense against a major crisis.
“Central banks can provide cash to banks by buying bonds from the public, increasing banks’ reserves overall,” he said.
Via printing money  central banks can provide all banks with liquidity, according to Weinberg, but only after a default, when the majority of assets held by Greek banks would be Greek government debt  which would be unable to be used as collateral via ECB repo operations.
“That would leave Greek banks high and dry,” said Weinberg in a research note.
“What the central bankers can do in advance of the failure of Greece is move the risk onto their own balance sheets, off the balance sheets of the banking system,” he said.
This could involve buying all Greek government bonds according to Weinberg who believes such a move would not only fix the prices Greece is being forced to pay to service its debt but also remove the entire risk of bank failures.
Such a move would cost $250 billion euros if the ECB paid at face value. Weinberg believes time is not on the policymakers’ side
“At this point, our base case is that Greece will default within weeks,” he said.
For article GO HERE
Posted by seemorerocks at 18:27