A little while ago a major story would break every week or so - now they are coming one after the other , so if is almost impossible to keep up with events.
Oil defies forecasts of declining demand
Well, what a mystery!  Could it just be because we are post-Peak?!

the National
14 September, 2011
A paradox has emerged as oil prices remain high amid declining demand forecasts.
Opec and the International Energy Agency cut their forecasts for crude demand again this week, erasing as much as 400,000 barrels per day (bpd) from previous estimates.
Yet Brent crude, the European benchmark, seems immune to the predictions, trading comfortably above US$112 yesterday.
"Market observers are puzzling over the 'paradox' of weakening economic growth and oil demand indicators on the one hand, and $110/bbl crude on the other," wrote the IEA, an energy watchdog based in Paris, in a report released yesterday. "Prices have stubbornly reclaimed lost ground again within weeks, raising anew questions about the key drivers of prices."
The IEA's explanation is that despite the drops in demand, consumption continues to outpace supply.
Demand last year was 1.4 million bpd higher than supply, the agency reported, and in the first half of this year it was 500,000 bpd higher.
"The focus has now switched more to supply, amid slowing demand growth in [the first half of 2011], with both the Libyan disruption and temporary, but widespread, non-Opec outages leading to a continued market tightening," wrote the IEA.
The conflict in Libya and the loss of its 1.6 million bpd of sweet crude from world markets have kept oil prices for much of the year in the $100 to $120 range.
While Libyan output accounts for only 1.5 per cent of world supply, its crude is hard to replace among European refiners.
In July, amid fears that the sustained high prices could jeopardise the global economic recovery, the IEA coordinated the release of 60 million barrels of oil from the reserves of the US and its member nations.
For article GO HERE
Blackouts hit S. Korea due to high temperatures

Google
SEOUL — Millions of South Koreans suffered rare power cuts Thursday due to unusually high autumn temperatures and scheduled maintenance work, officials and reports said.
The Korea Power Exchange reported temporary blackouts in many areas around the country, affecting as many as 1.62 million houses.
"This is extremely rare...I haven't seen a blackout of this scale," a spokesman told AFP.
"Power demand has been unusually high due to unseasonably hot fall weather, causing a shortage," he said, adding that the cuts were expected to end when the temperature dropped in the evening and demand fell.
The maximum temperature Thursday was 33 degrees Celsius (91 Fahrenheit), recorded in the southern port of Busan.
For article GO HERE
Is China Ready To Pull The Plug?

Zero Hedge
"The debate over the health and longevity of the dollar comes down to one very simple and undeniable root pillar of economics; supply and demand.The supply of dollars throughout the financial systems of numerous countries is undoubtedly overwhelming.
In fact, the private Federal Reserve has been quite careful in maintaining a veil of secrecy over the full extent of dollar saturation in foreign markets in order to hide the sheer volume of greenback devaluation and inflation they have created.
If for some reason the reserves of dollars held overseas by investors and creditors were to come flooding back into the U.S., we would see a hyperinflationary spiral more destructive than any in recorded history.
As the supply of dollars around the globe increases exponentially, so too must foreign demand, otherwise, the debt machine short-circuits, and newly impoverished Americans will be using Ben Franklins for sod in their adobe huts.
As I will show, demand for dollars is not increasing to match supply, but is indeed stalled, ready to crumble."
For full article GO HERE
New Developments In Taiwan Could Completely Destabilize Chinese Relations 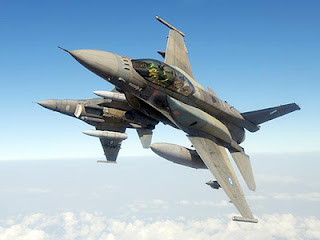 Two announcements in the news today indicate relations between Taiwan and China could become even less cordial.
The Washington Times reports the U.S. has agreed sell a $4.2 billion arms package F-16 to the island nation that will include a major upgrade to their F-16 fleet (via Drudge).
The announcement comes after the administration bowed to Chinese pressure last month by announcing it would not sell Taiwan any new F-16s. China has yet to issue an official response to the decision, but will certainly deride any military assistance to the nation it considers part of its territory.
The second piece of news comes from the Financial Times and points to growing concern in the U.S. administration over Taiwan's new presidential candidate Tsai Ing-wen.
Officials warn that a win by her in the island's January presidential race could destabilize relations in the Taiwan Strait completely.
“She left us with distinct doubts about whether she is both willing and able to continue the stability in cross-Strait relations the region has enjoyed in recent years,” one official told the Financial Times.
Though Ing-wen is a moderate, there is concern she will allow herself to be swayed by radicals within her party.
For article GO HERE
Crisis Worse Than 2008 in Europe as Rescue Options Dim, Gordon Brown Says

Bloomberg,
16 September, 2011
European banks are “grossly under- capitalized” and the debt crisis is more serious for the region than the 2008 meltdown as governments are constrained by fiscal pressures, former U.K. Prime Minister Gordon Brown said.
“In 2008, governments could intervene to sort out the problems of banks,” Brown said at the World Economic Forum in the Chinese port city of Dalian today. “In 2011, banks have problems, but so too do governments.”
Investor skittishness over Europe’s sovereign debt crisis raised lenders’ funding costs and caused a rout in the region’s banking stocks this month. European Central Bank President Jean- Claude Trichet pressed euro-area governments late yesterday to take decisive action to restore confidence after the ECB extended an emergency lifeline to lenders.
Brown said that while the ECB is part of the short-term solution, it needs additional assistance.
For article GO HERE
Goldman Sachs tips oil to hit $130 in 12 months

Of course Goldman Sachs ARE the most reliable source (sic)!
Google
SINGAPORE — Oil prices will likely rise to about $130 a barrel in the next 12 months as demand in emerging markets such as China and India make up for weak developed world growth, Goldman Sachs said Thursday.
Despite concerns about the US economy and eurozone sovereign debt, which have hit crude prices due to an expected fall in demand, the Wall Street giant forecast commodity prices to remain buoyant.
At the same time it tipped gold -- a safe haven in times of economic uncertainty -- to cost $1,860 an ounce in a year, much lower than the record high of $1,921.15 it hit last month.
For article GO HERE
Posted by seemorerocks at 11:27