Half a world away - but so close to home.  This piece really told me that Collapse is here.
Recently, a friend’s colleague’s wife who has a form of muscular dystrophy was in hospital in an emergency situation.  The husband was told bluntly that “if this happens again she won’t get the same attention”.....
How long before people are just left to die by a crumbling "health" service.
UK: Terminally ill patients told their benefits may be cut 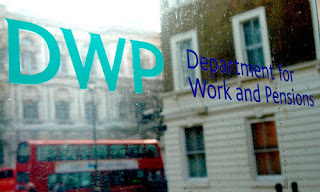 Campaigners and charities criticise government for sending out letters about welfare reform bill, which has not yet been passed
Patrick Butler and Stephen Bates
the Guardian,
Wednesday 21 September 2011 12.48 BST
The government has clashed with disability campaigners and health charities after warning seriously ill patients that their benefits may be cut from next April if its welfare reform bill, which has not yet passed all its parliamentary stages, is enacted later this year.
The Department for Work and Pensions (DWP) is sending letters to claimants saying the contributory employment support allowance (ESA) will be time-limited to one year for people deemed capable of returning to employment, meaning those already receiving the benefit could lose their financial help in six months' time.
The provision is included in the bill, which has still to go to the House of Lords for scrutiny. Campaigners believe there is a chance that plans to time-limit ESA may still be scrapped, particularly after Liberal Democrat delegates voted against the imposition of time limits at their party conference earlier this week.
The chief executive of Macmillan Cancer Support, Ciarán Devane, accused the government of behaving as if the welfare reform bill had been already passed.
"[The] Lords will no doubt be angry that claimants are being told they could lose their benefits before they have had the opportunity to debate the proposals in detail.
"The letters will cause a great deal of distress to thousands of cancer patients and their families who will be left wondering whether their vital financial support will be taken away or not. We will continue to urge the government to think again."
Neil Coyle, director of policy for the Disability Alliance charity, said the impact of cutting support would be particularly devastating for people with a terminal illness who have been told they only have a limited time left to live. "Many will have worked for years and will feel they deserve a little support in return until they pass away."
The alliance claims that 700,000 people will eventually be affected by the change in support, and alleges that 400,000 would have to lose all support if the government were to meet its target of cutting the welfare bill by £2bn. The government's own estimates show that 90% of people claiming ESA spend more than a year out of work. Macmillan says nearly 7,000 cancer patients will lose up to £94 a week.
The DWP insisted terminally ill claimants would not lose the allowance if they were unfit to work, and said the 12-month time limit was intended to act as an incentive for those capable of returning to "work-related activity". Those assessed as in need of support because of illness or family circumstances would continue to receive the allowance, it added.
A spokesman said: "It will depend on the individual's capacity to work. Everyone will be assessed on an individual basis and if the decision is that they are able to start the journey back to work there will be a time limit.
"Speaking of terminal illness is clearly emotive and if they are on their deathbed they will clearly not be going back to work, but if someone is not in that position they may be able to lead a normal life which could involve work. The process of working may even be helpful in giving them a sense of being useful and prolonging their lives.
"There is no benefit or advantage in just cutting the ESA. It is not some arbitrary target."
The spokesman said the letters were being sent out in advance of the legislation being passed in order to give claimants maximum warning of the possible change.
He added that ESA was not designed for people to claim for the long term. "We must ensure that the benefit system has to be fair to taxpayers as well as disabled people."
Those DWP comments sparked further fury, with the Disability Alliance saying it intended to lodge a formal complaint at what it called the "outrageous" suggestion that ESA claimants were not also taxpayers. "DWP suggesting the welfare system needs to be 'fair for the taxpayer' is exactly what we are asking: those who pay in should be entitled to support, especially in difficult circumstances like being told you will be passing away. It is utterly misrepresenting the policy for DWP attempt to skew debate and pretend all benefit recipients have never worked."
Claudia Wood, head of public services and welfare at the thinktank Demos, said the one-year time limit was "arbitrary" and "punitive". She called for the time limit to be flexibly linked to the average time it takes for an ESA claimant to get a job. This might currently be up to three years but in a stronger job market it might be as little as 18 months.
Posted by seemorerocks at 09:01