There seems to be no ending to Japan's suffering.
Japan Typhoon Warnings

Typhoon Roke Hits Japan on Track for Leaking Nuclear Power Plant
Bloomberg
Sept. 20 (Bloomberg) -- Typhoon Roke brought evacuation orders, downpours and fears of floods to southern Japan today as it began to traverse the country on a course towards the crippled Fukushima Dai-Ichi nuclear plant.
More than 400,000 people have been advised to evacuate because of Roke, public broadcaster NHK said. That's in line with evacuation numbers for typhoon Talas earlier this month, which dumped record rainfall on southern Japan, causing mudslides and floods that killed 67 people and left 26 missing.
The eye of Roke, which is categorized as "strong" by the Japan Meteorological Agency, was about 1,016 kilometers (631 miles) southwest of Tokyo at 1 p.m. local time today and packing wind speeds of 40 meters per second. The typhoon is forecast to take three days to pass over Japan and its storm warning area is due to cover most of the country in that time, according to the meteorological agency's website.
For article GO HERE

Over 1 Million Urged to Evacuate as Typhoon Nears Japan
CNBC
More than a million people in the central Japan city of Nagoya were advised to evacuate on Tuesday as typhoon Roke approached the country, bringing heavy rain.
The major city in the industrial prefecture of Aichi issued evacuation advisories for about 1.1 million people by 2 p.m. (0500 GMT) due to the possibility of rivers overflowing, and later strengthened its warnings against floods and landslides, and urged about 80,000 residents to evacuate.
For article GO HERE
Thousands march against nuclear power in Tokyo
USA Today
TOKYO (AP) – Chanting "Sayonara nuclear power" and waving banners, tens of thousands of people marched in central Tokyo on Monday to call on Japan's government to abandon atomic energy in the wake of the Fukushima nuclear accident.
The demonstration underscores how deeply a Japanese public long accustomed to nuclear power has been affected by the March 11 crisis, when a tsunami caused core meltdowns at three reactors at the Fukushima Dai-chi complex.
For article GO HERE
No hospital, stores, gas stations or hope

ISHINOMAKI, Miyagi--More than six months after the March 11 disaster, Ishinomaki's residential district of Ogatsucho finds itself with no hospital, no supermarket, no gas stations, a declining population and little hope for the future.
The population of the district has gone from about 4,300 before the earthquake and tsunami to only about 1,000 today as residents continue to abandon the area.
The central area of the district, which was known for its production of Ogatsu Suzuri inkstones, was devastated in the tsunami, leaving 262 residents dead or missing. Much of the area is deserted, with weeds growing on empty land where houses used to stand.
The only hospital and only supermarket in the district were destroyed by the tsunami.
For article GO HERE
Employment of new grads could hit record low following quake and tsunami
Mainichi News
21 September, 2011
The post-graduation job hunt by university students has been prolonged this year in part because of the Great East Japan Earthquake and tsunami, and the employment rate for graduating students in fiscal 2011 could end up being the worst on record.
According to surveys conducted by the Ministry of Education, Culture, Sports, Science and Technology and the Ministry of Health, Labor and Welfare, the employment rate of university students who graduated this past spring -- the end of fiscal 2010 -- was 91 percent, marking a record low. Some say that if the effects of the March 11 disasters and the high yen continue, the employment rate of students graduating at the end of this fiscal year could surpass that record.
For article GO HERE

Nuclear Expert: Radioactive Rain-Outs Will Continue For a Year – Even In Western U.S. and Canada – Because Japanese Are Burning Radioactive Materials 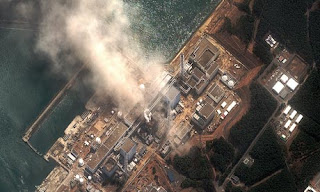 Washington's Blog
Nuclear expert Arnie Gundersen says in a new interview that the Japanese are burning radioactive materials. The radioactivity originated from Fukushima, but various prefectures are burning radioactive materials in their terroritories.
Gundersen says that this radioactivity ends up not only in neighboring prefectures, but in Hawaii, British Columbia, Oregon, Washington and California.
He notes that radioactive rain-outs were documented recently in British Columbia and Oklahoma with geiger counters.
Gundersen says that well see another year of radioactive rain-outs, as the Japanese continue to burn radioactive materials.
Cover Up By American and Canadian Governments
Gundersen has a high-level contact in the State Department who says that the U.S. government has decided – within various agencies, including the State Department, FDA, and other agencies – to downplay the dangers from Fukushima. Because of this policy decision, the government is not really testing for radiation.
Gundersen is working with scientists who will publish a paper in the near future definitively debunking Canadian and American health officials’ claims that only harmless levels of radiation are being released
For interview GO HERE
Posted by seemorerocks at 09:50