Yet again! Repression of the right to grow food 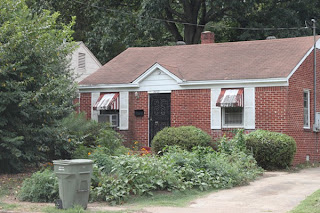 Treehugger,
17 September, 2011
From the "Are You Freaking Kidding Me??" department...
A Memphis, Tennessee math teacher, along with three students from his neighborhood, tend an urban garden, keep bees, make vermicompost, produce biofuel, and make soap with the byproducts of biofuel production. The teacher does this on his own time, on his own property, after spending all day teaching. This is the kind of teacher that wins awards, that students look back on years later as the one that made a difference.
But in Memphis, Tennessee, this teacher is a "public nuisance." And he's been ordered to dismantle his garden.
Raleigh-Egypt High School math teacher Adam Guerrero, who tends the garden with three neighbors and students, (Jarvis, Jovantae, and Shaquielle) was cited by the city for creating a public nuisance - specifically with violating city ordinance 48-38, which says that:
"It shall be unlawful for any owner of personal property to fail or refuse to comply with the orders of the manager of housing and code enforcement to remove from the premises abandoned vehicles, appliances, vehicle parts and/or any other piece or pieces of personal property if such personal property is dangerous to the public health, safety or welfare; or creates an unsightly condition upon such property tending to reduce the value thereof; or is a nuisance; or invites plundering; or promotes urban blight and deterioration in the community; or creates a fire hazard; or violates the zoning regulations of the city."
Yeah. I can totally see how a garden and a couple of beehives (which are completely legal in Memphis, by the way) violates this code.
Guerrero is also in violation of city code 48-87, which says "All exterior property areas shall be maintained in a clean and sanitary condition free from any accumulation of rubbish or garbage."
Well, we all know how unsanitary gardens are. All that dirt, and life, and.... well I'm clutching my pearls just thinking about it. (By the way, if you're interested in seeing photos of Adam's not even remotely unsanitary, blight-inducing garden, the Memphis Flyer posted several of them on their website.)
Ridiculous Ordinances and the Right to Garden
We've been through this before. Remember the story earlier this summer about a Michigan mother who was facing 93 days in jail for planting a vegetable garden? Or the ongoing story of a British Columbia man who is facing 6 months in jail for growing food?
And the hundreds, if not thousands, of other gardeners who get harassed for doing nothing more than trying to live a more sustainable life; to have some connection with the food they eat in an era when shrink-wrapped, flavorless food reigns supreme. This has to stop.
The problem with many of these ordinances, including the Michigan case as well as this new Memphis case, is that a garden becomes a "public nuisance" when one of your neighbors calls to complain about it. One neighbor, even a few neighbors, should not have the power to dictate what qualifies as an "acceptable, neat, clean" yard. Vegetable gardens are generally NOT showpieces. They are working, evolving ecosystems full of life. They're full of beauty - just not the kind of beauty that HGTV and most gardening magazines try to sell us. 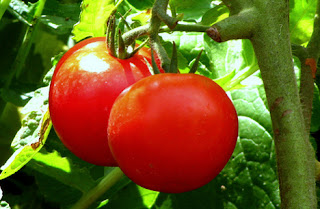 Follow-up: this story thankfully has a happy ending....
Update: Adam Guerrero's Garden
Memphis Flyer
23 September, 2011
The future is bright for Adam Guerrero's garden.
After a social media outcry to the tune of thousands of supporters, and even some national media attention, Guerrero's story moves toward a happy resolution: He will keep his front yard garden trimmed, install a bubbler and introduce mosquito-eating fish into his backyard pond, reduce the number of on-site worm bins, and install mesh covers on his rain barrels to keep mosquitoes out.
"I never said you could not have a garden," said Potter, clearly concerned about the negative attention his court has received of late. "That's inaccurate. I've always encouraged environmental activism, sustainability, going green, and blight reduction." (sic)
For article GO HERE
Posted by seemorerocks at 21:37