How Can China Save Europe When It's Defaulting On Its Own Debt? 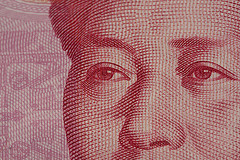 Gordon G. Chang
Forbes,
18 September, 2011
About 85% of Liaoning province’s 184 financing companies defaulted on debt service payments in 2010 according to a report from the province’s Audit Office.  The report also noted that 120 of these borrowers, de facto government agencies, operated at a loss last year.
Since 1994, provinces and lower-tier governments have not been permitted to issue bonds or borrow from banks.  Despite the strict prohibition, their debt has skyrocketed as local officials incurred obligations through LGFVs, local government finance vehicles.  The central government’s National Audit Office said these companies, at the end of last year, had taken on 10.7 trillion yuan of debt.  No one, however, knows the true amount of LGFV indebtedness, and some have calculated the real amount to be more than double the official figure.
12 images
Why the disagreement as to the amount of debt?  Local governments have gone out of their way to hide borrowings, perhaps in part because of their doubtful legality.  As famed economic journalist Hu Shuli points out, new local officials sometimes do not know the extent of obligations left by their predecessors.  There have been a number of stratagems employed, from the issuance of illegal government guarantees to the transfer of funds in roundabout routes.
The case of China Zhongwang Holdings, a giant aluminum producer, illustrates how Liaoning province effectively went into debt in a roundabout manner—and concealed the borrowing.  As disclosed in a footnote in its 2009 financial statements, Zhongwang had borrowed 2.3 billion yuan from two Liaoning banks and, as reported by Naomi Rovnick of the South China Morning Post, had “given the money” to a government-owned entity.  Zhongwang, based in Liaoning, kept the loan on its books but disclaimed any responsibility for repayment.  Apparently, the series of money transfers among Liaoning’s government-owned entities through Zhongwang was intended to facilitate development of the local economy.
The debt problems of northeastern Liaoning may be worse than those of other provinces because it is in the heart of China’s “rust belt,” but LGFVs in other parts of the country are also beginning to experience difficulties.  Yunnan Investment Group, the largest financing vehicle of southwestern Yunnan province, has just put restructuring plans on hold after China’s most widely followed rating agency warned of a downgrade in July.  Most LGFVs, however, are not rated and so there is virtually no public scrutiny of their activity.
LGFVs can continue to meet existing debt obligations as long as they can borrow new funds.  “If the government doesn’t tighten its policy too much, there shouldn’t be any problem,” said Tianjin Vice-Mayor Cui Jindu on Friday.  “But if we end up not getting a single new loan, there could be problems.”   The problems Cui was referring to, according to the official China Daily, included non-completion of projects.  And if projects are not completed, there will be no sources of repayment.
The problem is that Beijing, to control inflation, is in fact putting the brakes on the money supply.  The growth of M2 is the slowest it has been in six years—less than half of what it was two years ago—and central government regulators are trying to restrict new loans with periodic increases in bank reserve requirements and direct administrative measures.
As a result, China’s debt-fueled growth is slowing fast, probably faster than official GDP figures indicate.  Electricity usage, perhaps the best barometer of economic activity, was essentially flat this summer on a month-to-month basis.  Moreover, export and shipbuilding orders are down.  The closely watched HSBC purchasing managers’ index, at its record lowest point, is close to negative territory and headed south.
Xu Lin, a senior official at the National Development and Reform Commission, says there is no need to “panic,” but there are plenty of reasons to think that China’s economy is already landing hard.  And a hard landing will soon cause LGFV defaults around the country, which will roil banks.  Fitch early this month put China’s local-currency debt on downgrade watch due to concerns about bank asset quality and general concerns about financial stability.
Many analysts, thinking Beijing has plenty of cash, don’t worry.  Yes, it is sitting on $3.2 trillion in foreign exchange reserves, but for various reasons dollars, euros, and yen are of little use in a local-currency crisis.  Of course, the central government can print more renminbi to pay off LGFV creditors, but that, by increasing the money supply, would only aggravate what is China’s most serious economic problem, inflation.
Everyone now wants to know whether Beijing will buy Greek and Italian debt to save Europe.


Yet the better question to ask at the moment is this: “Can China save itself?”
Posted by seemorerocks at 20:43