There was a postwar order, but was it liberal?  Like most political orders, it looked much better on paper than it did in practice and to the core members of the order than those on the margins…
Liberal values were only remotely attached to the postwar institutions.  Sovereign equality did not translate into a liberal world order.  The postwar institutions were run by the most powerful countries, with middle and lesser powers either shunted to the back of the room or locked out altogether…Third World now comprised most of the world’s states, but it was on the outside looking in.  Western states enjoyed democracy and the rule of law, but the U.S. and the former colonial masters undermined rather than supported democracy and human rights elsewhere. Some Western states and analysts presumed that the global order must have some legitimacy because there were no great (or at least successful) revolts by the Third World, but they mistook coercion and the lack of alternative for consent…
The suggestion, then, is that if the international order is having greater difficulty creating rule-based governance, it might have less to do with the weakening of liberalism and more to do with the fact that the rules that have been in place for decades were overdue for an overhaul, and especially given a shift in power from the West to the East.
– From Michael N. Barnett’s piece: The End of a Liberal International Order That Never Existed

A primary focus of my writing of late centers around the idea that the policies of the Trump administration, and the neocons in control of it, will hasten the decline of U.S. imperial power and more rapidly usher in a multi-polar (and possibly bifurcated) world. Today’s news regarding the elimination of waivers on Iranian oil imports provides another perfect example.
Specifically, Secretary of State Mike Pompeo announced earlier today that waivers which allowed eight countries to import Iranian crude oil without being subject to U.S. sanctions would expire on May 2 without extension. The eight countries included are China, India, Turkey, South Korea, Japan, Greece, Italy and Taiwan.
This move is an extraordinarily foolish and reckless act which illustrates the extreme hubris and short-sightedness of those running American foreign policy under Trump. What the U.S. is decreeing to the entire world with this action is that the U.S., and the U.S. alone, decides who gets to trade with who. The U.S. is telling China, the second largest economy in the world and home to over one billion people, that it lacks the sovereign authority to buy oil from Iran if it so desires. If the U.S. can unilaterally play boss on the trade decisions of foreign countries, national sovereignty does not exist in practice anywhere on the planet. There is only empire. 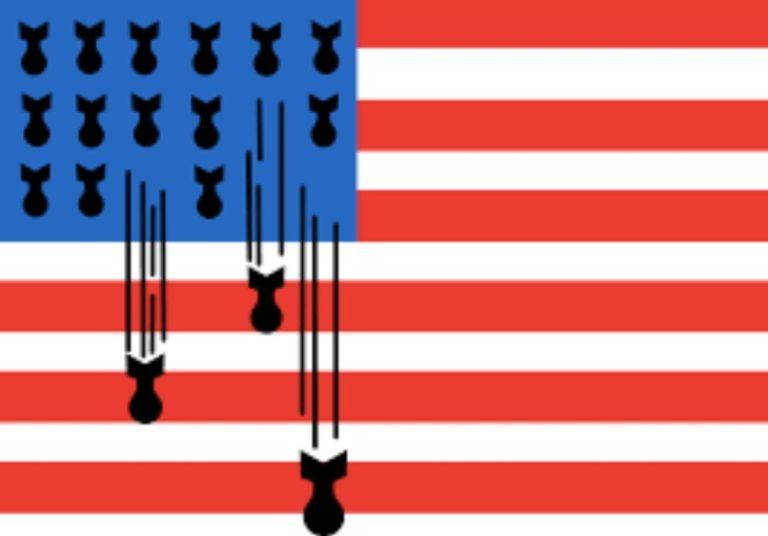 As such, this goes beyond aggressive foreign policy. It’s more or less an assertion by the Trump administration that the world is in fact a global dictatorship run by a single nation (empire) that has granted itself the authority to arbitrarily decide which countries get to participate in global trade, and which ones do not. Now that the true nature of U.S. power is so completely out in the open, countries will have to decide to either bend the knee or resist, which seems to be the point. What do you think China’s going to do?
One thing people seem to miss when making geopolitical observations is an analysis of the role played by internal politics. It’s not all about military or economic might, popular opinion on the ground and the domestic internal mood also matter when it comes to foreign policy success or failure. It’s from this perspective that China appears to hold a better hand than the U.S.
Political power is largely about perception and narrative control, which is why the U.S. move here is so fundamentally irresponsible. Chinese leadership can play the victim game and sell their perspective easily to the public. Look at rising oil prices they’ll say, noting that this is the result of the Americans not allowing anyone to buy oil from Iran. Why shouldn’t the great nation of China be able to buy oil from whomever they want, they’ll say.
The U.S. will look like a global bully meddling in the affairs of a sovereign nation, and this narrative will resonate with the population there. China’s leadership can call this an unprovoked attack on the Chinese people and their national sovereignty. China will not bend the knee to the U.S. for many reasons, but an overlooked factor relates to the fact that the public would not find such subjugation acceptable. If public opinion didn’t matter, governments wouldn’t spend so much time propagandizing and actively keeping their citizens uninformed.
The U.S. finds itself in the exact opposite scenario. While compulsive liars like Pompeo can endlessly repeat nonsense such as “Iran is the number one state-sponsor of terrorism,” nobody but the most brainwashed Trump diehards actually believe this. As such, the masses of people here in the U.S. won’t get riled up and excited about another pointless Middle East conflict, particularly as oil prices continue to march higher. Unlike China, U.S. leadership can’t reasonably expect to convince the American public the Trump administration is simply playing defense with its aggressive action against Iran. It’s crystal clear the move is nothing more than a power-play designed to consolidate, and possibly even expand, American imperial dominance. Importantly, wars for empire are not particularly popular domestically, and getting less so with each passing day.

Michael Krieger@LibertyBlitz
Lots of Americans are sick of wars, which is why every recent president (including Trump) pretends to be against them in order to win.
Jaunty Football@jimbrownisdead
Replying to @LibertyBlitz
This presumes that the average American voter cares about Yemen. Yemen.
50
2:05 AM - Apr 18, 2019
Twitter Ads info and privacy

19 people are talking about this
What I’m trying to say is Chinese leadership can expect to have the public on its side if it decides to resist U.S. diktats on who it can purchase oil from. China standing up for its right to buy oil from any country it desires is an easily defensible position, representing the only position any truly sovereign state can have. On the other hand, a single country unilaterally deciding trade for everyone else on earth is not a defensible or reasonable position. As mentioned earlier, it’s not just about military and economic might, geopolitics is also impacted by the internal dynamics of various populations, and on this front the U.S. is positioned poorly.
The American public has become increasingly sick of wars and empire for simple economic and societal reasons, if not for ethical ones. People can look around and see their towns and infrastructure crumbling as trillions are spent overseas. Empire isn’t good for the average American citizen in the long-run, it merely provides lucrative money-making opportunities for our depraved elites. People are finally starting to pick up on this. While national defense is of the utmost importance, national offense is evil, stupid and wasteful.
Once again, from Michael Barnett’s piece, The End of a Liberal International Order That Never Existed:

The West has lived with the myth of a liberal international order for many decades.  Myths are powerful and hard to surrender because they serve important functions.  They helped the West maintain a solidarity and sense of purpose.  They acted as an ideology and helped the powerful feel as if might makes right.  It is not clear that those outside the Western club ever bought into the myth, but they had little success posing a viable alternative.

U.S. elites appear more focused than ever on imperial ambitions at the exact moment the general population tires of it. This isn’t a recipe for success, it’s a roadmap to collapse.
*  *  *


Liberty Blitzkrieg is now 100% ad free. As such, there’s no monetization for this site other than reader support. To make this a successful, sustainable thing I ask you to consider the following options. You can become a Patron. You can visit the Support Page to donate via PayPal, Bitcoin or send cash/check in the mail.
Posted by seemorerocks at 12:47