Authored by Barbara Boland via The American Conservative,
The Left in this country has a serious problem: they don’t want to talk about religion and are particularly allergic to the phrase “Islamic terrorism.” 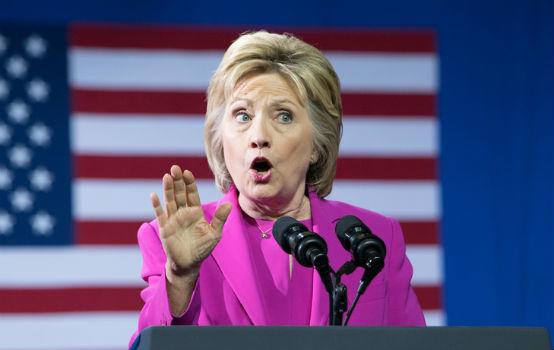 “On this holy weekend for many faiths, we must stand united against hatred and violence. I’m praying for everyone affected by today’s horrific attacks on Easter worshippers and travelers in Sri Lanka.”

“Holy weekend for many faiths”? The only religions celebrating holidays were Jews (Passover) and Christians (Easter).

“The attacks on tourists and Easter worshippers in Sri Lanka are an attack on humanity. On a day devoted to love, redemption, and renewal, we pray for the victims and stand with the people of Sri Lanka,” Barack Obama tweeted.

“We’re actually called Christians not ‘Easter worshippers’ wouldn’t hurt to maybe just say that,” National Reviewwriter Alexandra DeSantis tweeted, as conservatives throughout the Twitter became incensed over the phrase.
Breitbart called the tweets a “ sympathy snub” that showed Obama and friends “could not bring themselves to identify the victims of the attacks as ‘Christians.’” A Washington Times op-ed called the phrase anti-Christian.
The backlash was so intense that Slate felt the need to run an article defending the phrase:

“Easter worshippers” describes Christians in church on Easter Sunday.The term is more descriptive than “Christians,” because it conveys the additional fact that the victims were actively celebrating Easter when they were killed.They are worshippers, and it is Easter.If it helps, try putting the emphasis on worshippers in the phrase: It’s Easter worshippers, not Easter-worshippers.

Well, actually no, that’s not how this works. Christians don’t gather in church on the Easter holiday to worship Easter. They gather to worship God and the resurrection of Jesus Christ in particular; hence why the gathered worshippers are called “Christian.”
This phrase fits well with the stunningly illiterate reporting we’ve seen on recent church bombings and attacks. For instance, the New York Times ran a story last week that said a priest had rescued the Crown of Thorns and a small statue of Jesus from the flames of Notre Dame—apparently not realizing that the “Body of Christ” refers to the Catholic sacrament and not a statue.
It’s also possible that this phrase was repeated by so many Democratic politicians because it was created by a public relations firm that works for the Democratic National Committee, like MWWPR. These agencies draft guidance, talking points, speeches, and social media posts. Politicians, with the obvious exception of Donald Trump, rarely post their own original thoughts online. Given that these tweets were posted during the Easter holiday, it seems likely that this was drafted by a PR company with ties to the Democratic Party.
But the biggest takeaway of the phrase “Easter worshippers” is that it is a symptom of a much deeper problem: the Left’s inability to call things what they are.
Under President Obama, officials were so afraid of the phrase “Islamic terrorism” that they redacted the very mention of the Islamic State from the transcript of the Orlando nightclub massacre. This was despite the fact that ISIS had already released a propaganda video celebrating the attack, and the man responsible, Omar Mateen, had pledged allegiance to ISIS in the midst of his barbarism.
Yet Obama insisted that we shouldn’t be “yapping” about Islamic terrorism, because to do so would grant those groups religious legitimacy and frame the conflict as a war between Islam and the West.

“They are not religious leaders—they’re terrorists,” Obama said. “And we are not at war with Islam. We are at war with people who have perverted Islam.”

Obama also asserted that using the phrase “Islamic terrorism” would make “young Muslims in this country and around the world feel like no matter what they do, they’re going to be under suspicion and under attack. It makes Muslim Americans feel like their government is betraying them.”
How has that worked out?
Sri Lanka’s defense minister Ruwan Wijewardene exhibited similar reluctance to release details of the attacks in his country on Sunday, calling them a “terrorist incident” that was carried out by those adhering to “religious extremism.” The media shouldn’t report their names or make them into “martyrs,” he said.
ISIS has now taken responsibility for the coordinated attacks.
There are nearly two billion Muslims in the world, but the Left insists on seeing them as a persecuted minority. At the same time, the Christians of Sri Lanka make up just 7 percent of their nation’s population. The Vienna-based Observatory of Intolerance and Discrimination Against Christians in Europe found a 25 percent increase in attacks on Catholic churches in the first two months of 2019, compared to the same time last year. Around the world, 345 Christians are killed every month for faith-related reasons, and 105 church and Christian buildings are burned or attacked, according to Open Doors USA. Eight of the top 10 countries where Christians are persecuted are majority Muslim.
Yet here we stand after years of obfuscations and redactions—of officials not uttering the words “Islamic terrorism” publicly—and far from discouraging the extremists, religiously motivated Islamic terrorism has gone on unabated throughout the world.
Perhaps it’s time for the world to acknowledge that it is not words that are the danger.
Posted by seemorerocks at 19:25