Shortly after the death toll from Sunday's Easter bombings in Sri Lanka climbed above the 300 mark, ISIS validated the Sri Lankan government's suspicions that a domestic jihadi organization had help from an international terror network while planning the bombings were validated when ISIS took credit for the attacks. 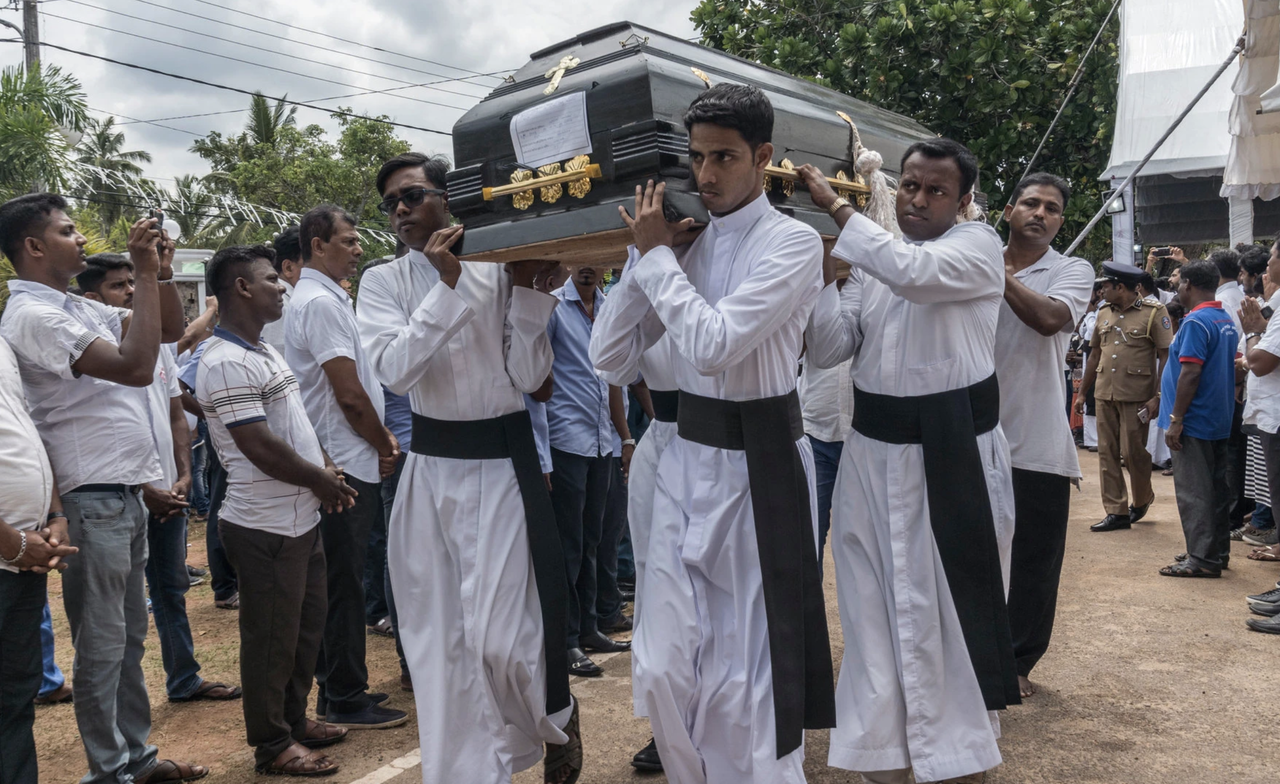 The claim was made via a report from ISIS's Amaq news agency. Though the group has lost almost all of the territory that was once part of its transnational caliphate, ISIS now boasts cells across the Muslim world, including in North Africa and elsewhere. Before ISIS took credit for the attack, a Sri Lankan official revealed that Sunday's attacks were intended as retaliation for the killing of 50 Muslims during last month's mass shooting in Christchurch, New Zealand.
However, the Sri Lankan government didn't offer any evidence for that claim, or the claim that Sunday's attacks were planned by two Islamic groups (though that now appears to have been substantiated by ISIS's claim of responsibility). The group is believed to have worked with the National Tawheed Jamaath, according to the NYT.
"The preliminary investigations have revealed that what happened in Sri Lanka was in retaliation for the attack against Muslims in Christchurch," State Minister of Defense Ruwan Wijewardene told the Parliament.
Meanwhile, the number of suspects arrested in connection with the attacks had increased to 40 from 24 as of Tuesday. The government had declared a national emergency that allowed it sweeping powers to interrogate and detain suspects.
On Monday, the FBI pledged to send agents to Sri Lanka and provide laboratory support for the investigation.
As the death toll in Sri Lanka climbs, the attack is cementing its position as the deadliest terror attack in the region.
Meanwhile, funeral services for some of the bombing victims began on Tuesday.
Even before ISIS took credit for the attack, analysts told the Washington Post that its unprecedented violence suggested that a well-financed international organization was likely involved.

The bombings on Sunday, however, came with little precedent. Sri Lanka may have endured a ghastly civil war and suicide bombings in the past - some credit the Tamil Tigers with pioneering the tactic - but nothing of this scale. Analysts were stunned by the apparent level of coordination behind the strikes, which occurred around the same time on both sides of the country, and suggested the attacks carried the hallmarks of a more international plot.
"Sri Lanka has never seen this sort of attack - coordinated, multiple, high-casualty - ever before, even with the Tamil Tigers during the course of a brutal civil war," Alan Keenan, a Sri Lanka expert at the International Crisis Group, told the Financial Times. "I’m not really convinced this is a Sri Lankan thing. I think the dynamics are global, not driven by some indigenous debate. It seems to me to be a different kind of ballgame."

Hinting at possible ISIS involvement, US Secretary of State Mike Pompeo said during a Monday press conference that "radical Islamic terror" remained a threat even after ISIS's defeats in Syria.
Of course, ISIS's claim couldn't be  confirmed and the group has been  known to make "opportunistic" claims in the past, according to WaPo. The extremist group said the attacks were targeting Christians and “coalition countries” and were carried out by fighters from its organization.
Speculation that the government had advanced warning of the attacks, but failed to act amid a power struggle between the country's president and prime minister, unnerved citizens and contributed to a brewing backlash. Following the bombings, schools and mass had been canceled until at least Monday, with masses called off "until further notice."