I have just come back from a brief trip up the country and have come to the conclusion that this represents the view of New Zealanders living outside the main centres where liberals have no idea what is happening in their country and get all their “information” from the mass media.

There are a lot of people that don't believe the shit any more. Take it from me – they are not the purveyors of “hate speech”

As if to underline a point this was happening while I was in Palmerston North! 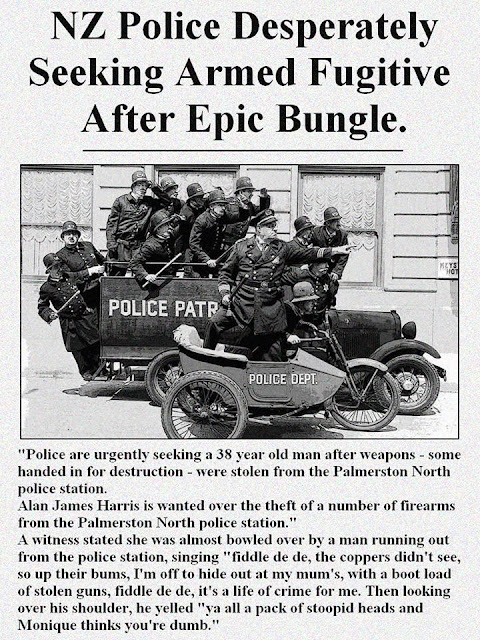 26 April at 21:44 ·
I am furious over the happenings of ANZAC day, where a man known to police walks into the Palmerston North police station, bold as brass, and steals eleven firearms from right under the noses of our cops. And then it takes almost 24 hours before police can be bothered to tell us, that there is an armed man running about, armed care of the NZ police.
Worse that a few hundred metres away, armed police were guarding the ANZAC parade, and the miscreant got clean away.
In the wake of March 15, this incident is not only embarrassing for our bungling police, it is hugely embarrassing for our entire nation.
It is not the first time our police have acted like Keystone cops, and certainly not the first time I have made the comparison. But this, this truly takes the cake. These are the men and women who tell us it is their job to protect us. These are the men and women who we are arming to do that job.
Let me tell you the truth of the matter. These bungling cowboys and cowgirls are simply not trained enough, or qualified enough, to be wandering our streets with assault rifles strapped to them, and yet they are disarming the rest of New Zealand. Their training with firearms is minimal, and that is being kind. And it seems their training to keep their police station and firearms in their care secure, is minimal.
We should all rap our heads around the reality, that our police cannot protect us. It is a myth that both they and government perpetuate. We should rap our heads round the reality that governments new laws will not protect us, and we should all be bloody furious over this incident. Heads should roll from bottom to top, all the way to the Commissioner and Minister, because government and police are very deliberately telling you porkies.
Robbie Kaiviti.
NZPMP. 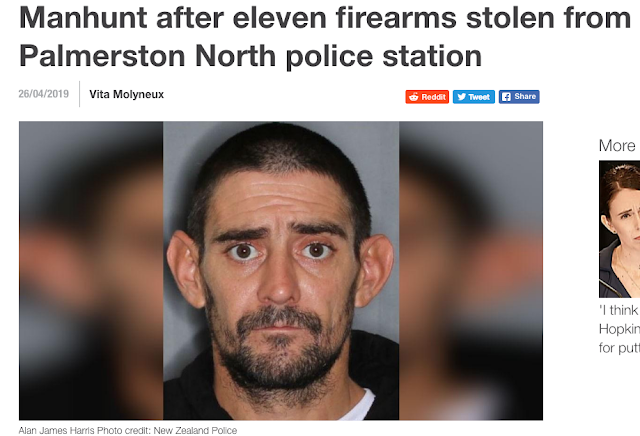 Investigators are urgently seeking a man who is wanted in relation to the theft of eleven firearms stolen from a Palmerston North police station.

Alan James Harris, 38, is wanted by police in connection to the robbery which took place early on Thursday morning.

The offender was disturbed by a member of police staff in the yard area of the Police station around 7.40am.

He left the scene in a vehicle. Officers have since recovered this and another vehicle linked to the offender.

Police and the Armed Offenders squad have already executed a number of search warrants at Palmerston North addresses over the last 24 hours.

It is believed Harris is in the Central District area.

"I should be clear that these were not police firearms, but were a range of weapons being held as exhibits or handed in for destruction, " Inspector Stewart says.

Harris is described as European, with dark crop 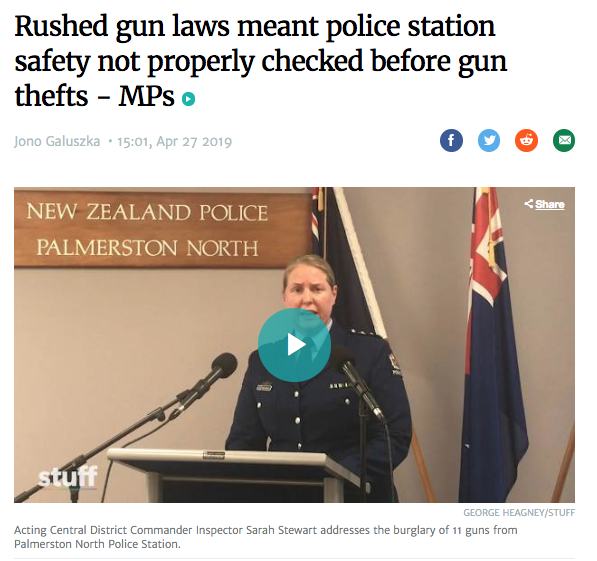 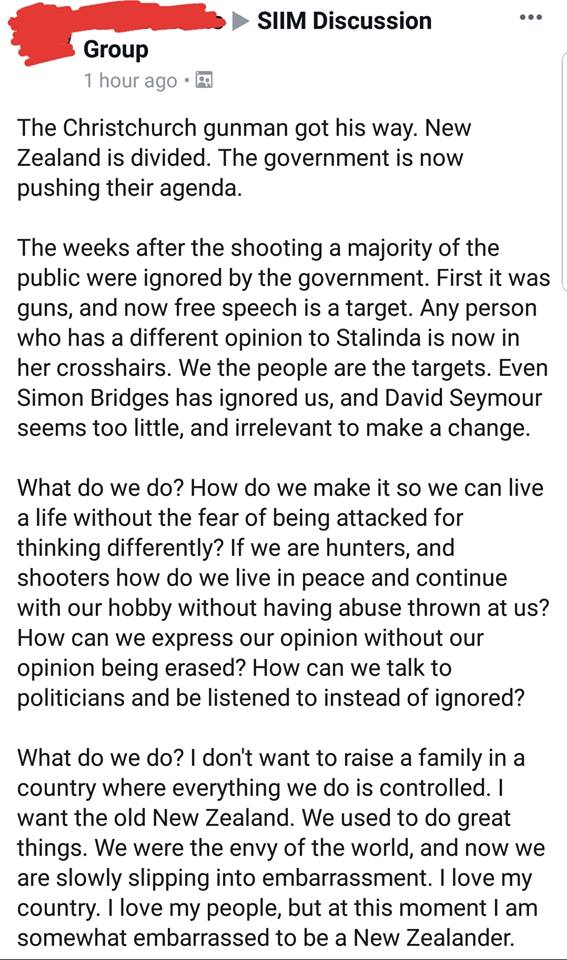 Never has this been more true than right now

"Government doesn't want an intelligent, well informed population, because people who can think critically cannot be ruled. They want a public that is just smart enough to pay their taxes and stupid enough to keep voting for them."