Certain things can simply NOT be planned for.

For years the Council encouraged, and practically subsidised construction on the coast. Now they are trying to shift the responsibility.

Costs rise for crumbling coastlines as council makes it clear: homeowners are on their own 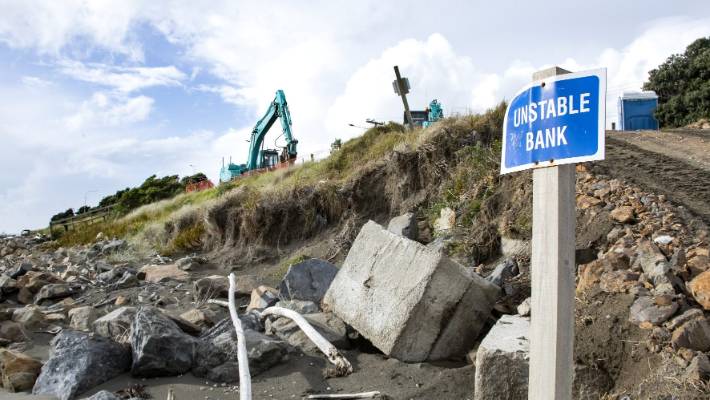 
As seas continues to rise, the cost to hold them back is growing.

While New Zealand's coastal communities look to shore up their defences against crumbling coastlines, one seaside council is clear where the responsibility for private property lies.

The Kāpiti Coast District Council has set aside more than $16 million for one damaged sea wall and is currently reinforcing another temporary wall, at a cost of $400,000, while it decides on a permanent solution.

Kāpiti Coast District Council is spending $400,000 to shore up a temporary sea wall.
Despite the work, the message is simple: the council will not defend private property.

Kāpiti's coastal erosion issues were highlighted last month when plans for a managed retreat inland were announced by the Greater Wellington Regional Council.

Kāpiti Mayor K Gurunathan at Raumati beach, where the council is working to shore up a temporary sea wall.

The proposal would see a 40-metre erosion zone created in Paekākāriki's Queen Elizabeth Park to allow the restoration of sand dunes that would, in turn, protect the coastline that is falling into the sea. 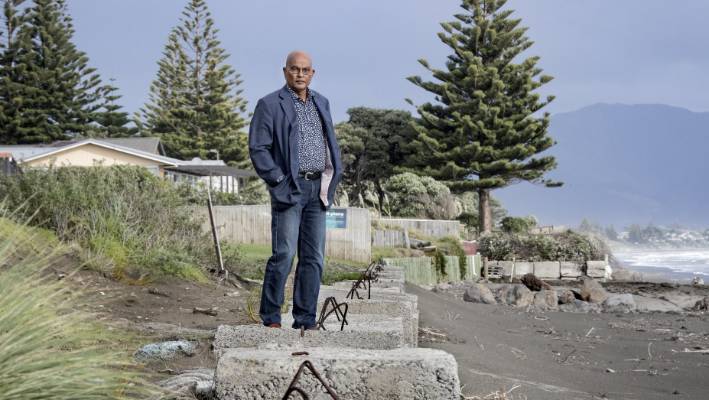 A surf club, several buildings, picnic areas and roads within the zone would be either closed or relocated in the project that is expected to begin after community consultation.

While the regional council plans its retreat, the Kāpiti Coast Council has set aside $16.8m for the damaged Paekākāriki seawall: a project that was expected to cost $10.9m in 2016 and now won't be completed until 2023.

In the meantime, about 9000 tonnes of rocks are being stored at the council's depot to reinforce the temporary wall if needed.
Further along the district's coastline, the $400,000 project to shore up a temporary wall at Raumati Beach is underway. Built of concrete blocks, the wall cost $200,000 in 2016.

Kāpiti Coast Mayor K Gurunathan labelled the district council's work on Raumati Beach as '"the tip of the iceberg".

The council is using stones and blocks to firm up a temporary sea wall, built in 2016. 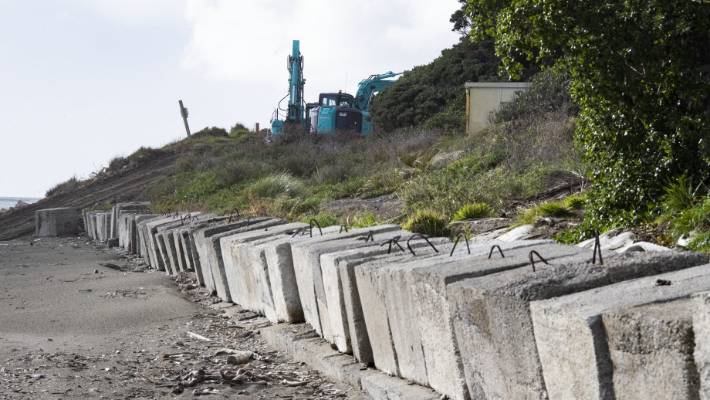 While the council did not defend private properties against erosion, the wastewater reticulation running in front of the 11 beachfront houses had to be protected which meant the properties were also fortified against the waves.

Along its 42 kilometre coastal stretch, Kāpiti had about 1800 properties potentially affected by various levels of coastal erosion issues.

"How long can we mount a defence, how much will it cost and who pays? These are the challenging questions now and especially into the future." 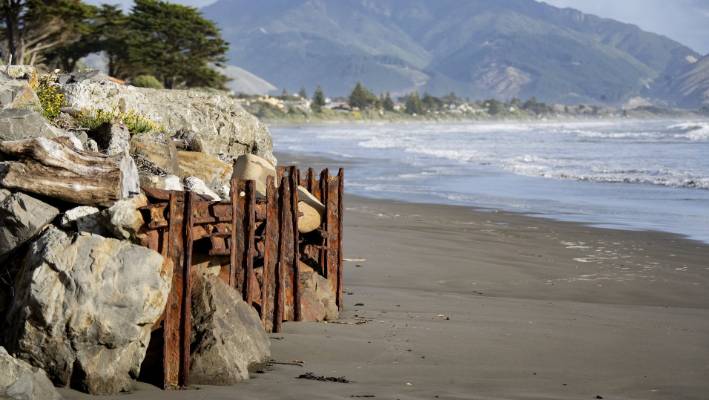 Effects of coastal erosion can be seen clearly at Raumati beach.

"This strengthening work is what we need to do right now to ensure our infrastructure is doing what it should and to protect our community."

"The 2015 Long Term Plan included a $10.9m solution and this budget was updated as part of the 2018 plan which also incorporated a modified design solution which accounts for the change in costs," Mallon said.
The 2018 plan saw a number of infrastructure projects pushed back into budgets for other years.

"We also have an emergency stockpile of about 9000 tonnes of rock located at our Paraparaumu operations depot to respond if the wall is damaged during storm events prior to its full replacement."

"There's no doubt the sea is rising and that will continue through this century and into the next.

"If you have properties frequently damaged by events, insurers respond by increasing premiums and excesses or, ultimately, not offering insurance cover at all."