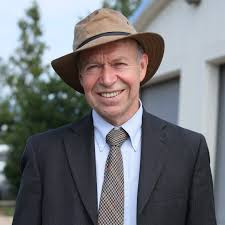 Grist.org,
24 April, 2019
In the 1980s, NASA scientist James Hansen brought climate change to the attention of Congress, and shortly thereafter the public. Humans, he testified in 1988, were responsible for rising global temperatures.
But the man who put his reputation on the line to alert the world to the dangers of global warming doesn’t appear to agree with the most recent crop of climate advocates.
In April 20 debate with Sunrise Movement’s Varshini Prakash and Christian Aid’s Amanda Mukwashi, Hansen called the Green New Deal “nonsense.”
Hosted by Al Jazeera, the 12-minute debate highlights a growing fault line between two theories of climate action. Among progressives and environmental justice advocates, the Green New Deal represents a last-ditch, economy-wide overhaul. Hansen, on the other hand, seems to argue for a more economically incremental approach that is centered on a carbon tax.
That tension came to a head when Hansen appeared visibly aggravated by the progressive proposal and Prakash, realizing that one of the most prominent climate scientists in the world was scoffing at her organization’s central focus, could only laugh in disbelief.

Although Hansen is a proponent of using technology to bring down emissions, a carbon tax, he said, “is the underlying policy required. People need energy, we need to make the price of fossil fuels include their cost to society.”

The green new dealers, on the other hand, think their predecessors are offering too little too late. Prakash referenced a “point of no return” during the debate, a threshold past which temperatures rise so much that they trigger a series of unstoppable and catastrophic feedback loops. That kind of outcome can only be stopped by drastic action, she argued. When I spoke to Sunrise’s Evan Weber late last year, he indicated that the organization wasn’t actively pursuing a carbon tax.
What was most striking about Hansen’s argument was his measured tone, a stark difference from the way even the typically staid scientists behind the U.N’s IPCC report are beginning to discuss the issue.
“We should be phasing down emissions now,” he said, which seems like a bit of an understatement considering he’s been advocating for decreased emissions for the last, oh, four decades. “If we do that, we will get a little bit warmer than we are now, and then temperature(s) can begin to decline,” he said, adding that we will have to phase out fossil fuels over the “next several decades” in order to accomplish this goal.