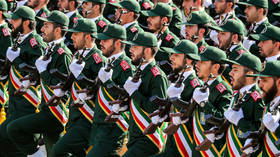 Tehran’s appointment of a hardline new commander of its Revolutionary Guards Corps (IRGC) could signal that Iran is preparing for conflict with the US, former Pentagon analyst Michael Maloof has told RT.

Brigadier General Hossein Salami, 58, will replace Mohammad Ali Jafari as the elite unit’s commander-in-chief, Iranian state media reported Sunday. Salami served as Jafari’s deputy since 2009 and began his career in the Guards in 1981. He is a veteran of the Iran-Iraq War.

“Salami is more of a hardline person,” Michael Maloof, former senior security policy analyst at the US Department of Defense, told RT. “He’s from the ‘old guard,’ if you will.”

Though Tehran has recently engaged in diplomacy to keep afloat the JCPOA nuclear deal after it was abandoned by the US, Salami’s appointment could represent a dramatic shift in Iranian policy, Maloof believes.

“It really suggests they’re going to double down on confronting the US,” he said. “I think we’re about ready to enter a whole new phase of confrontation.”

I would expect it’s an indication from the Iranian leadership of a greater resistance, a greater standing-up to the Trump administration's sanctions, and an increasing likelihood for a confrontation.

Earlier this month, Salami said he was “proud” to be called a terrorist by Washington, who on April 15 had officially designated the IRGC a foreign terror group. Maloof said America’s move likely played some part in the new appointment, but added that it could be better explained by Washington’s recent elimination of waivers on sanctions targeting Iran’s oil sector.

“It comes a day after the US says it was not going to grant further waivers on Iran’s oil exports,” he said, adding that the move represents a “total embargo” on Iranian oil. 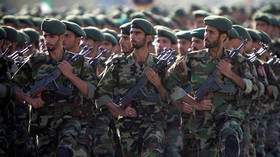 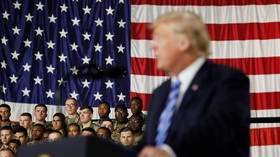 Trump’s policy may lead to US troops ‘treated as terrorists, not soldiers’ if captured by Iran


Maloof said the appointment “shows Iran is fully expecting a greater military response, whether it’s from Israel or the US, or both. That’s why I think this appointment represents a harder line.”

“Watch for troop movements,” he said, warning of possible clashes over the Strait of Hormuz, an important maritime trade corridor in the Persian Gulf. “Watch for the potential of moving in Carrier Task Forces on or near the Gulf area. That will be indicative of a confrontation, and this is exactly what [US National Security Advisor] John Bolton wants.”

It’s a clear signal that we’re going to be seeing the potential for greater military escalation in the very near future.

US labels Iran’s Revolutionary Guards as ‘terrorists’. But who arethey?
Posted by seemorerocks at 13:45