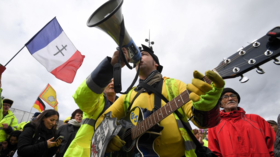 Unrelenting Yellow Vest activists have marched in Paris and other French cities for the 24th straight weekend, just days after Emmanuel Macron tried to placate the protest movement with promises of lower taxes.
The demonstrators who assembled in Paris, Toulouse and Strasbourg on Saturday appear to signal that despite the French president’s recent concessions to the group, the Yellow Vest movement is alive and well.
Oh Thursday, Macron held the first major press conference of his two-year presidency, in which he announced that he wanted to implement “significant” income tax cuts. The televised conference, however, was not well received among those who have turned out week after week to demonstrate against Macron’s business-friendly austerity measures. 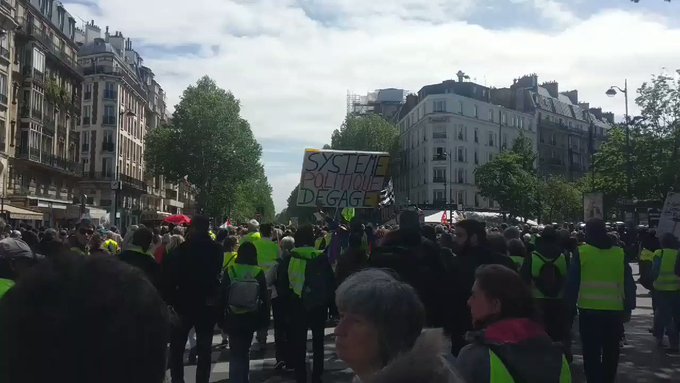 
38 people are talking about this
Twitter Ads info and privacy
AFP, after interviewing a dozen Yellow Vests in the south of France about their opinion of the press conference, reported that activists thought Macron’s olive branch was “rubbish.”


Protesters carry a placard depicting Eugene Delacroix's "Liberty Leading the People" as they take part in an anti-government demonstration called by the "Yellow Vest" (gilets jaunes) movement and the Trade Unions in Paris on April 27, 2019. © AFP / Zakaria Abdelkafi
Jérémy Clément, regularly cited as a spokesperson for the movement, told the news agency that “the President has understood our claims, but he hasn't provided the answers to them.”


Protesters march with placards reading 'RIC' (Citizens Initiated Referendum) as they take part in an anti-government demonstration called by the "Yellow Vest" (gilets jaunes) movement in Strasbourg, eastern France, on April 27, 2019. © AFP / Patrick Hertzog
The Yellow Vest (Gilets Jaunes) protests began last November as a rally against a proposed gas tax. Now an international movement, French Yellow Vest activists have assembled for 24 Saturdays in a row as of this week. Some demonstrations have led to violent clashes with police, resulting in serious injuries. 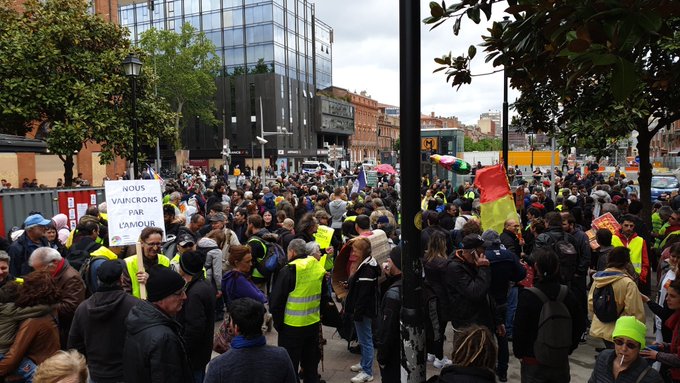 
77 people are talking about this
Twitter Ads info and privacy
Macron has already offered €10 billion ($11.1bn) in tax cuts and income subsidies for the working poor and pensioners, back in December, but the pledge did not slow down the burgeoning protest movement.
Posted by seemorerocks at 09:36