Conspiracy theory points at US- israel for Sri Lanka attack

Israel responsible for sickening bombing massacres in Sri Lanka
Time.com reporting ISIS behind attack which means it's the ISRAEL-SAUDI-USA axis of evil 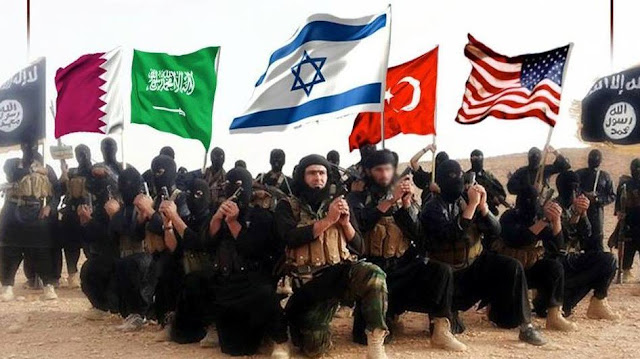 Editor’s Note: ISIS claiming responsibility means that it was the US-Israeli-Saudi axis of evil that was behind the sickening Easter Sunday bombing massacre in Sri Lanka.
Why would they chose to attack Sri Lanka, a small and relatively insignificant island nation? The immediate thought I had is ‘what has Sri Lanka done to annoy Israel?
The answer was not hard to find, just look at the Wikipedia page entitled “Palestine–Sri Lanka relations”
“Relations between Palestine and Sri Lanka started in 1975 when the Palestine Liberation Organization (PLO) opened up an embassy in Colombo.After the Palestinian Declaration of Independence on 15 November 1988,the Republic of Sri Lanka and the Republic of Maldives were among few of the first countries in the world to recognize the State of Palestine.[1][2] Left wing government lead by Sirimavo Bandaranaike during the 1970s closed down the Israel embassy in support of the Palestinian cause.”
“Sri Lanka currently supports the two state solution for the conflict. In 2014 Sri Lanka donated 130 million rupees to Palestine as humanitarian aid. During the UN speech of president Maithripala Sirisena he expressed support for the liberation struggle of the Palestinian people and urged the United Nations and all Member States to approach the Palestinian issue in a more humane manner taking the inhumane conditions they face into consideration. Sri Lanka has being voting in support of Palestine in almost every resolution brought to the UN.”
“Sri Lanka also strongly opposed the US President Donald Trumps decision to recognise Jerusalem as the capital of Israel in the UN, Sri Lanka Palestine Parliamentary Friendship Association (SLPPFA) held a massive rally lead by the Minister for health and nutrition of Sri Lanka in support of Palestine during the issue. Sri Lankan president and the chairperson of the centre-left Sri Lanka Freedom Party,Maithripala Sirisena also assured that Sri Lanka is committed to stand by the struggle for independence of the Palestinian people, president also gifted a plot of land for Palestine in Colombo to open up a new embassy.”
So there you have it – Sri Lanka has long been one of the strongest supporters of the Palestinian cause, therefore we need look no further for an explanation as to why she was attacked and know who was behind it – the criminal apartheid state of Israel. Ian

by Billy Perrigo
The terrorist group ISIS has claimed responsibility for the bomb attacks on churches and hotels in Sri Lanka that killed at least 321 people on Easter Sunday, but provided no evidence.
In a bulletin posted by its Aamaq news agency, ISIS said: “The perpetrators of the attack that targeted nationals of the countries of the coalitions and Christians in Sri Lanka before yesterday are fighters from the Islamic State,” according to a translation by the Associated Press.
The news came on Tuesday as the Sri Lankan minister of defense Ruwan Wijewardene said the attacks were in retaliation for last month’s terrorist attack against Muslims in Christchurch, New Zealand, in which 50 people were killed. He did not immediately offer any evidence. “The preliminary investigations have revealed that what happened in Sri Lanka was in retaliation for the attack against Muslims in Christchurch,” he told the Sri Lankan parliament.
Later on Tuesday, Sri Lankan Prime Minister Ranil Wickremesinghe warned more explosives were “out there,” acknowledging his security services had failed to act on an advance warning that a terror attack was being planned. He said some security officials would lose their jobs as a result. Wickremesinghe said that an attack at a fourth church had failed.
Sri Lanka first blamed a local Islamic extremist group called National Thowheeth Jama’ath for the attack, but officials said it had received help from an international terrorist organization, according to the New York Times. Sri Lanka has implemented an “emergency law” giving police powers to detain suspects without a warrant, and 40 people have now been arrested in connection to the attacks.
ISIS has now lost all the territory it once held in Iraq and Syria following an offensive by Syrian opposition forces in March, but terror experts warn it is still a threat.
“ISIS very likely will continue to pursue external attacks … against regional and Western adversaries,” the U.S. Director of National Intelligence, Dan Coats, warned in a January report. 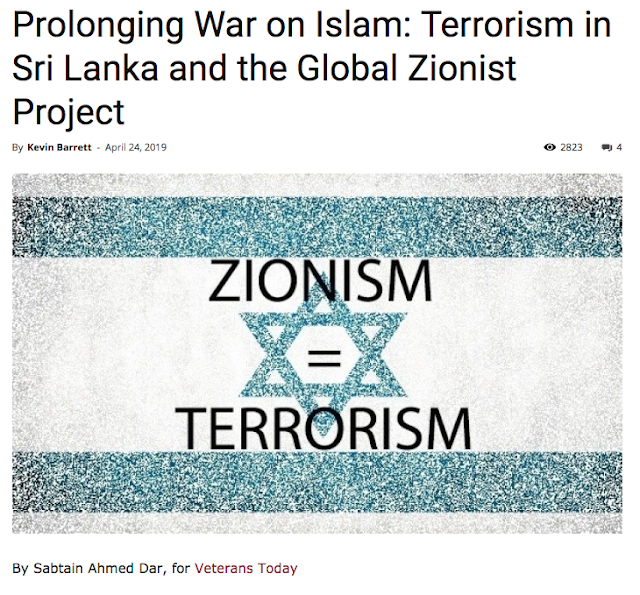 Prolonging War on Islam: Terrorism in Sri Lanka and the Global Zionist Project

Posted by seemorerocks at 08:59