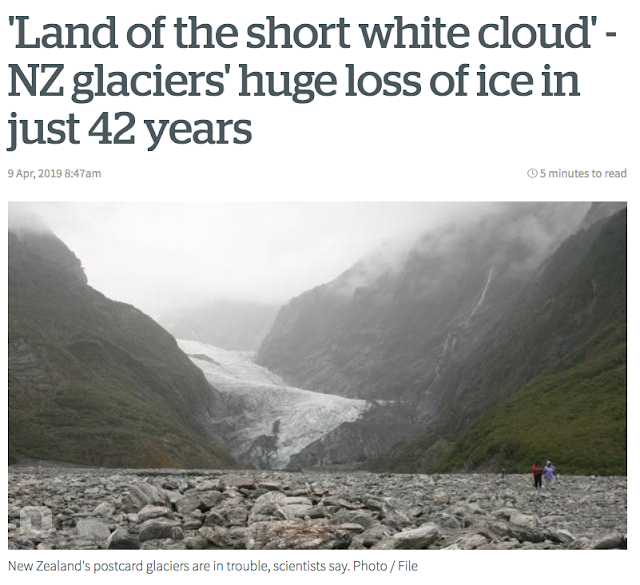 New Zealand's glaciers have experienced a "huge loss" of ice in little more than four decades, under a trend only worsening with climate change.

A new paper, led by climate scientist Professor Jim Salinger, showed a third of the country's glaciers had melted and flowed into rivers since the late 1970s.

It comes as another global study, out today, reveals glaciers here and worldwide have been having a larger impact on sea level rise than scientists first thought.

As glaciers were extremely sensitive to shifts in temperature, scientists regarded them as useful coalmine canaries for climate change. 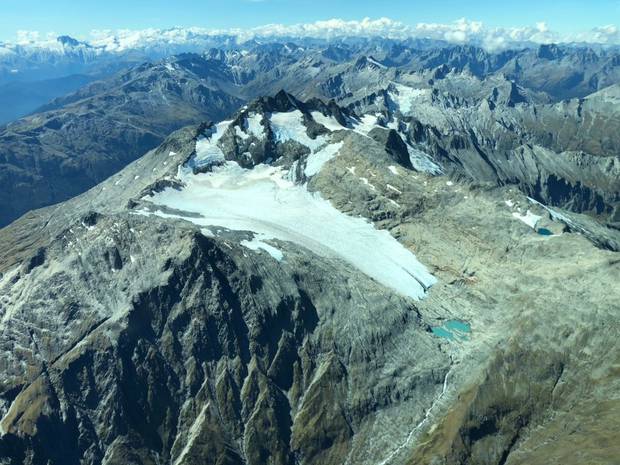 This is the paper by Jim Salinger cited in the article 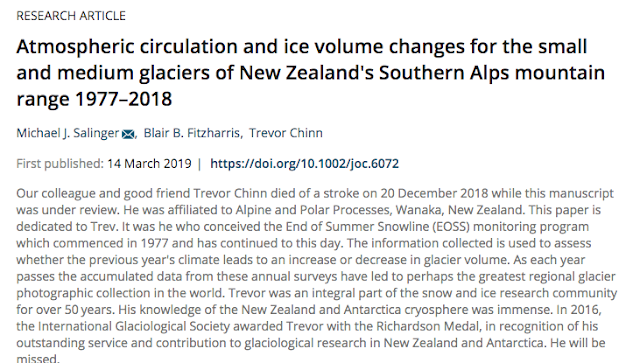 https://rmets.onlinelibrary.wiley.com/doi/10.1002/joc.6072?fbclid=IwAR2bIoO0jT7s9XcfWoMOGyE98MZSS9nNylamxA5n-8TGBqkc2OHMAn7IMQ8&
Posted by seemorerocks at 18:52