I reported on this in my video yesterday.

I have not identified myself as a Christian for about 50 years and I am not particularly "right-wing", but I agree with Paul Joseph Watson 100%.

The narrative stands out a mile.

The Truth About the Sri Lanka Attacks

Following the deadly attacks in Sri Lanka which killed 290 people, including many Catholics, Barack Obama and Hillary Clinton refused to refer to the victims as Christians, preferring instead to call them “Easter worshippers”.

The attacks, which were likely carried out by a local Islamist group with international support, targeted three churches in Negombo, Batticaloa and Colombo’s Kochchikade district during Easter services. Luxury hotels were also targeted.

Barack Obama reacted to the attacks by tweeting, “The attacks on tourists and Easter worshippers in Sri Lanka are an attack on humanity.”

This is in stark contrast to Obama’s reaction to the New Zealand mosque massacre, when Obama specifically made reference to “the Muslim community”.

However, like Obama, Hillary referred to Christian victims in Sri Lanka as “Easter worshippers”.

Given that Christians are the most persecuted religious group on the planet, with vast numbers more Christians being killed by Islamists than vice-versa, why are global leaders afraid to even use the word “Christian” in their condolences?

This bizarre trend of the word “Christian” being somehow taboo has also infected the media. The Associated Press also referred to Christians as “Easter worshippers” in the context of Notre Dame being closed. 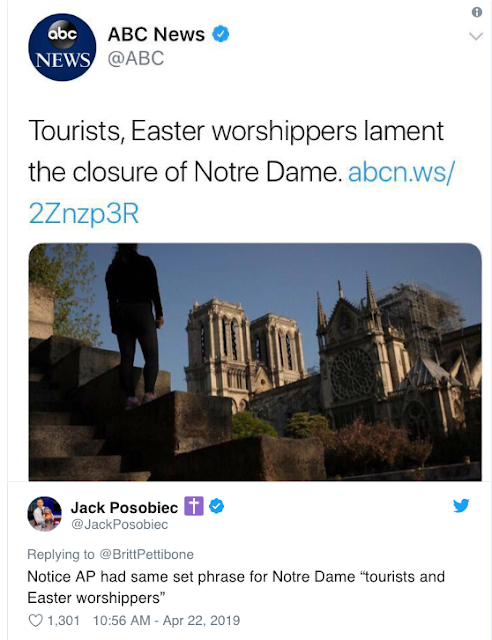 Obama and Hillary’s choice of words did not go unnoticed. 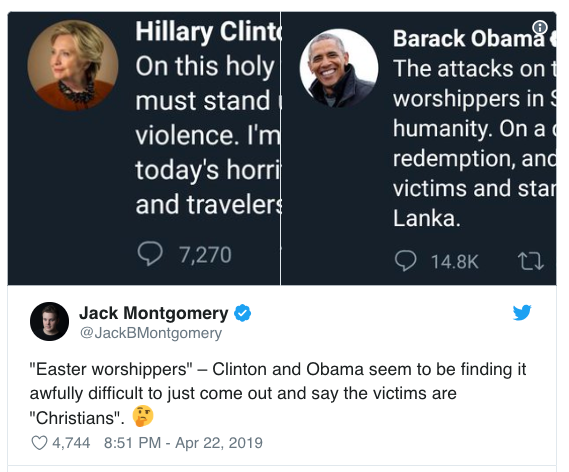 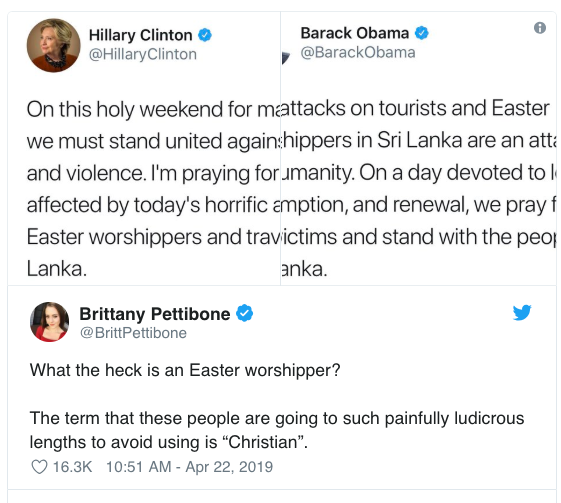 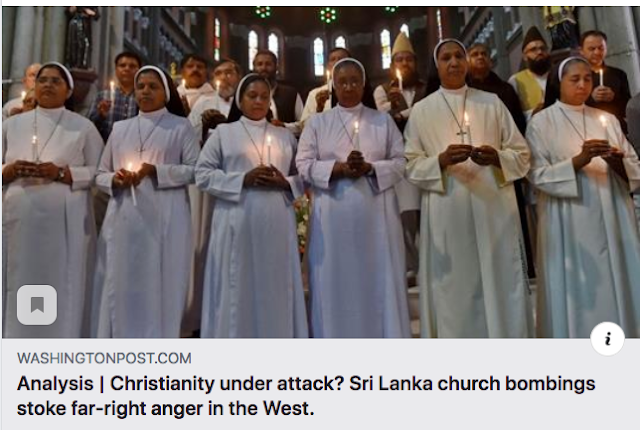 https://www.washingtonpost.com/world/2019/04/22/christianity-under-attack-sri-lanka-church-bombings-stoke-far-right-anger-west/?fbclid=IwAR13x8zEVSp0x49t-IN-lx835uqZ63fBrhVMX1xAp_9JN6J1b0N79WwLQvg&noredirect=on&utm_term=.0c5119f41f9e
Posted by seemorerocks at 15:27