A few hometruths about the NZ Greens

A few overdue hometruths about the Greens.


Who Do The Greens Think They Are? 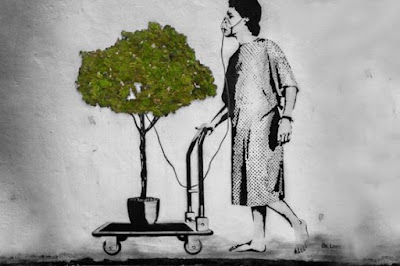 On Life Support: Most activists would assume that an ecological party of the Greens’ pedigree would be in the vanguard of the struggle against climate change: advocates for the most radical and uncompromising means of defending the biosphere. Most activists would, however, be wrong.


“WHAT WE THINK, we become”, observed Siddhartha Gautama, the Enlightened One. What then, have the Greens, particularly their parliamentary representatives, been thinking to become the confused collection of MPs we see today?

The easy answer would be to say that thinking is the one activity the Greens have not been engaging in since facilitating the formation of the Coalition Government. In part, the party’s shambolic unmindfulness is the consequence of sheer panic. The destruction of Metiria Turei caused considerable collateral damage. The party lost a lot of talent – much of which it has yet to successfully replace.

Even more serious than temporarily losing its collective head, however, was the Green Party’s loss of direction. Ever since the 2017 election, the Greens have been spinning around in their own aimless eddies. No longer caught up in the strong currents of ecological activism which had propelled them forward since entering Parliament in their own right in 1999, the Greens energies have been swallowed up in the constantly multiplying micro-conflicts of identity politics.

Such appears to be the fate of all left-wing and progressive organisations that lose the impetus supplied by a single, unifying cause. In the absence of the latter, all the essentially irresolvable conflicts of identity politics – Male vs Female; Black vs White; Cis vs Non-Cis; Trans vs TERF – rush in to fill the vacuum. Regaining the movement’s forward momentum is never easy in these circumstances, but without effective and inspiring leadership it is practically impossible. Tragically, this is precisely where the Aotearoan Greens have ended up: unmoved by a great cause and uninspired by ineffectual leaders.

In spite of the fact that the latest report from the Intergovernmental Panel on Climate Change (IPCC) calls for massive sacrifices from the world’s wealthiest nations and a fundamental transformation of the global economy, the Aotearoan Greens have committed themselves to “the technological fix” that will, somehow, allow the planet to survive without its most dangerous species having to change very much of anything.

This is nothing short of tragic. Defeating anthropogenic global warming has always depended on humanity treating it as the moral equivalent of war. But, instead of green warriors urging their fellow citizens to fight and, if necessary, die for the planet, Aotearoa has been blessed with a party of conscientious objectors. To the question: “Is anybody standing up to the big corporates? The farmers? The road transport lobby?” James Shaw, Julie Anne Genter and Eugenie Sage reply that they are doing the best they can. That politics is the art of the possible. Moreover, there’s the Budget Responsibility Rules to consider – not to mention the wishes of Labour and NZ First. Not to worry, though, because Marama Davidson is rehabilitating the word “cunt” and sticking it to the misogynist “bros” on social media. Right-on, sister!

The Green Party’s key strategic error, post-election, was to want anything to do with ministerial warrants – or coalition partners. They should have told Labour and NZ First that if push came to shove on the floor of the House, then they would always vote to keep them in office and the National Party in opposition, but, beyond that, all bets were off. They would wield the hammer of justice, ring the bell of freedom and sing the song of love between their brothers and their sisters exactly as they saw fit – while fighting for the planet with all their might.

In the end, the increasingly urgent need to keep Planet Earth liveable is going to burn off the denialists and the compromisers; the incrementalists and the technological fixers. And when that moment comes there needs to be one party that has steadfastly refused to buy into the dangerous optimism of the she’ll-be-righters and the let’s-hope-for-the-besters. A party ready to step forward with the hard answers where all other answers have failed. A party that is willing, after many, many years in the political wilderness, to offer a terrified electorate the same terse instruction that Kyle Reese gave to Sarah Connor in The Terminator: “Come with me if you want to live!”

If the Greens think anthropogenic global warming is real; if they think that only ecological-wisdom-in-arms can defeat it; then that is the sort of party they will become. Sorting out the bros can wait until the planet stops burning.