Putin's warning to the United States 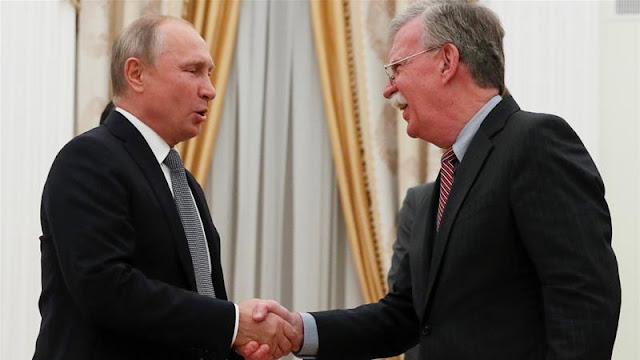 "President Putin told John Bolton that Russia is ready to destroy US jets over Syria if the US-directed attacks on its airbase in Hmeymim, Syria don't stop.


President Putin is to give one final warning to President Trump in Paris on 11 November 2018 when they meet."

He was also told he would give the same warning directly to President Donald Trump when they meet on Nov. 7

Putin breaks the ice with Bolton, “Has the eagle eaten all the olives?”


US national security adviser John Bolton was in Moscow meeting with Russian officials and President Vladimir Putin, for what was sure to be a very comprehensive and contentious couple of days, but in a sign of a possible thaw, in what has become a second cold war, Putin and Bolton traded some good spirited jokes with one another.
Putin commented to Bolton in a meeting on Tuesday…

“As far as I remember, the US coat of arms features a bald eagle that holds 13 arrows in one talon and an olive branch in another, which is a symbol of a peace-loving policy.”

“I have a question,” the Russian president continued, “Looks like your eagle has already eaten all the olives; are the arrows all that is left?”
US national security adviser John Bolton, who many reporters signal as the driving force in pushing US President Trump to withdraw from the Intermediate-Range Nuclear Forces (INF) Treaty, replied…

But I didn’t bring any more olives.

“That’s what I thought,” Putin replied…all in good fun, and a good moment between adversaries who may finally be searching for ways to scale back the tense rhetoric that has defined US-Russia relations over the last decade.

Kevin Rothrock✔@KevinRothrock
“The man has no olives” sounds like a pretty good epithet for Bolton.

Twitter Ads info and privacy
The Duran’s Alex Christoforou and Editor-in-Chief Alexander Mercouris discuss John Bolton’s trip to Moscow, where despite rocky relations, a Mueller witch-hunt investigation, and a proxy war in Syria, Russian President Vladimir Putin and US national security adviser John Bolton joked around a bit, ever so slightly, moving step-by-step towards rapprochement, with a Trump-Putin meeting in Paris.

Published on: Oct 25, 2018 @ 11:08 – In a major revelation, the Russian MoD has announced it has solved the mystery of the drone attacks ostensibly carried out by Syrian terrorists. It was the US reconnaissance aircraft that had coordinated a massive drone attack on Russia’s Hmeymim air base in Syria, Deputy Defense Minister Aleksandr Fomin said.

The military remembers that the attack was carried out by 13 drones, that were controlled by a common signal.

“At that time, an American P-8A Poseidon patrol plane was making a reconnaissance flight over the Mediterranean Sea for 8 hours,” Fomin said in a speech to Beijing.

Drones can operate either autonomously or controlled by an operator when faced with radioelectronic warfare.

According to the Russian deputy minister, it was an American Poseidon “with modern equipment” that carried out the control of the drones in that case.

As they faced radio-electronic warfare systems, the drones retreated to receive new signals: “They began to be controlled from space and to receive information about the so-called holes they eventually penetrated and then were destroyed,” Fomin concluded.

The Russian Defense Ministry did not specify when exactly the attack occurred.

Terrorists in Syria are often using unmanned flying vehicles to launch attacks, including at Russia’s Hmeymim’s base. Only in August of this year, the base’s anti-air defense systems downed 47 drones.

The Russian Ministry of Defense has repeatedly stressed that, despite their simple appearance, terrorist drones are built with modern technologies: navigation, control and explosive release systems.

For the Russian military, this shows that “a party that owns technologies for producing such vehicles has handed over its expertise to international terrorist groups.”

This comes as unmanned aerial vehicles of Syrian terrorists were displayed during a meeting of representatives of the Ministries of Defense of the countries of the Commonwealth of Independent States, joining 11 former Soviet republics.

“The exhibition has drones of illegal armed formations that are operating in Syria,” said the Russian General Staff representative, Major-General Aleksandr Novikov. 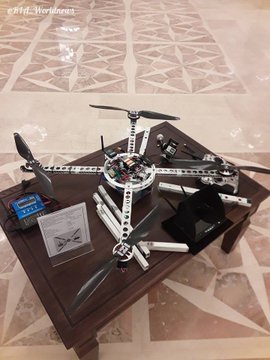 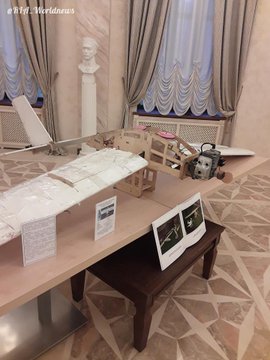 At the meeting, questions were raised on the use of non-guided aviation and drone combat, with the participation of representatives of the Armed Forces of Armenia, Belarus, Kazakhstan, Kyrgyzstan, Russia and Tajikistan.