Humanity has wiped out 60% of animal populations since 1970, report finds


More than half the world's vertebrates have disappeared since 1970; WWF sounds warning 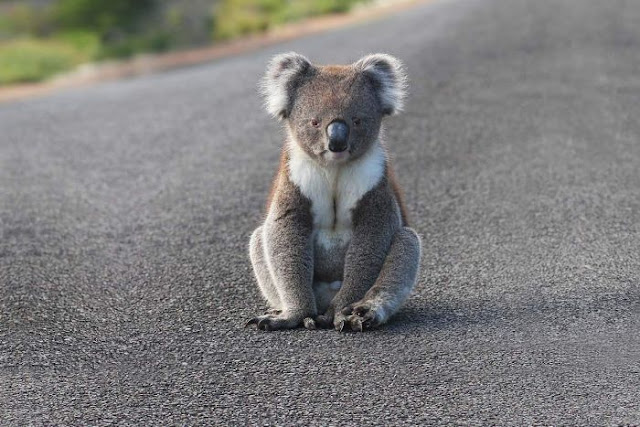 The number of vertebrate animals in the world has halved since 1970 and there are few signs we are slowing the trend, the World Wildlife Fund (WWF) has warned.
Populations of vertebrates — including African elephants, Sumatran tigers, and Australian species like the spotted-tailed quoll — have declined by an average of nearly 60 per cent globally in the past 40 years.
That's according to the WWF's latest Living Planet Report, published every two years as an update on the state of the environment.
It looks at population trends from over 4,000 species and is based on data from the Zoological Society of London and the International Union for the Conservation of Nature (IUCN) red list, among other sources.
Land clearing for livestock grazing is the main cause of the decline, with Australia's east coast named in the report alongside the Amazon, the Congo Basin, Sumatra and New Guinea as land clearing hotspots.
Increased land clearing on Australia's east coast puts koalas on track to be extinct in New South Wales in a little over 30 years, according to WWF chief executive officer Dermot O'Gorman.

Australia is among the worst 11 countries for deforestation, according to WWF.

(Supplied: WWF)
"You wouldn't think Australia would be up there in the top 11 deforestation fronts in the world," Mr O'Gorman said.
The plight of our koalas is one of the consequences of that."
Land clearing has also spiked in Queensland since laws were eased in 2013, with more than 1 million hectares cleared since 2013.
But drought and disease are also heavily impacting koalas, according to Valentina Mella from the University of Sydney, who said numbers are definitely declining.
"There's no doubt that there are multiple threats — disease is a huge one which we don't really have a solution to at the moment," Dr Mella said.
"I'm not very optimistic about the future of koalas. I can't put a date on it, but it doesn't look good."

Nepal tigers show we can turn things around

Some species have been able to recover where we've allowed them to.

(Supplied: Matthew Scott Luskin)
The report also notes that there has been an 83 per cent decline in freshwater crocodile populations since 1970, and that the tropics have been the hardest hit.
To reverse the trend of wildlife loss, Mr O'Gorman said we need to urgently examine how we value natural resources.
"We've lost 20 per cent of the Amazon in the last 50 years, and more than 50 per cent of shallow water corals have disappeared in 30 years," he said.
"Unless we have a new deal for the relationship between people and nature, these stats are going to continue to get worse and worse."
About 22 per cent of animal habitat has been removed since 1970, according to WWF.
The conservation group also estimates that 90 per cent of the world's seabirds have plastic fragments in their stomachs, and that five taxonomic groups — birds, mammals, amphibians, corals and cycads — are in decline.
The good news, according to Mr O'Gorman, is that we know the threats and there are things we can do about them.
"We've seen for example in Nepal, tiger numbers have nearly doubled in the last decade through concerted effort by government and communities to protect them," he said.
"I think that when we, as humanity, do put our effort towards these sort of problems, we can solve them."

The tropics have seen the worst population declines over the past 40 years, WWF says.
WWF lists habitat loss, overexploitation, climate change, pollution, and invasive species as the key threats that need to be addressed in order to stem the loss of wilderness and biodiversity.
Particularly in the tropics, clearing for crops like oil palm plantations are driving huge habitat losses throughout South-East Asia and the Americas.
But there are more concerted development programs that pose a threat as well.
China's ambitious "Belt and Road" initiative involves massive infrastructure construction across Europe, Asia and Africa.
Effectively the Belt and Road is the development of sea and land trade routes out of China, through countries with about half the world's population combined.
With an infrastructure cost of about $5 trillion, China says the project is being implemented to rigid ecological standards and will facilitate "a brighter future together", but critics say it will decimate the environment.
A China-backed hydropower dam planned for Sumatra, is predicted to flood critical orangutan habitat, according to research by Bill Laurance from James Cook University.
Professor Laurance has previously described the potential impacts of the Belt and Road as "flat-out scary".
And climate change is already taking its toll on wildlife, including koalas, according to Dr Mella.
"We know that climate change is affecting them. They're animals that sit in trees, and if it's 40 degrees, they sit in 40 degrees," she said.
An IPCC report released last month predicted that unless urgent action is taken to reduce our greenhouse gas emissions, warming will reach 2 degrees Celsius by late this century.
At that level of warming, extinctions are likely to increase dramatically, and experts say the majority of world's corals — including on the Great Barrier Reef — will disappear.