Bushfire in Australia burns over 2 million acres, becoming a “gigafire”
" 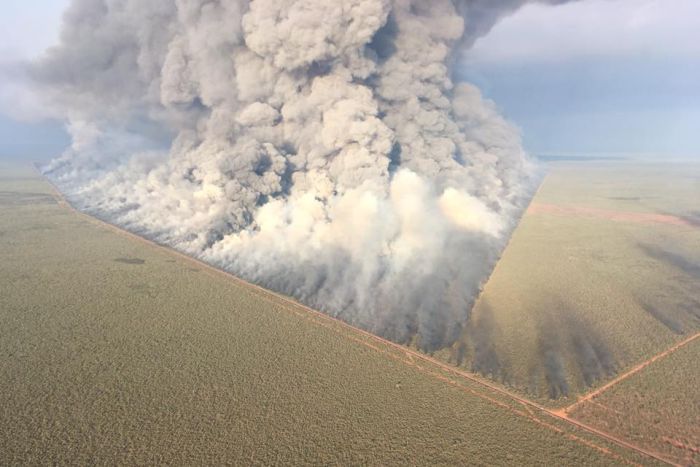 A bushfire that started October 11 in Western Australia 120km southeast of Broome burned 880,000 hectares, or 2,174,527 acres. Dry winds from variable directions and high temperatures made it very difficult to suppress. The remote location and a lack of water restricted the tactics to fighting fire with fire, constructing firelines with heavy equipment, and using aircraft.

When the wind direction changed last week, firefighters had to shut down the Great Northern Highway, National Route 1. 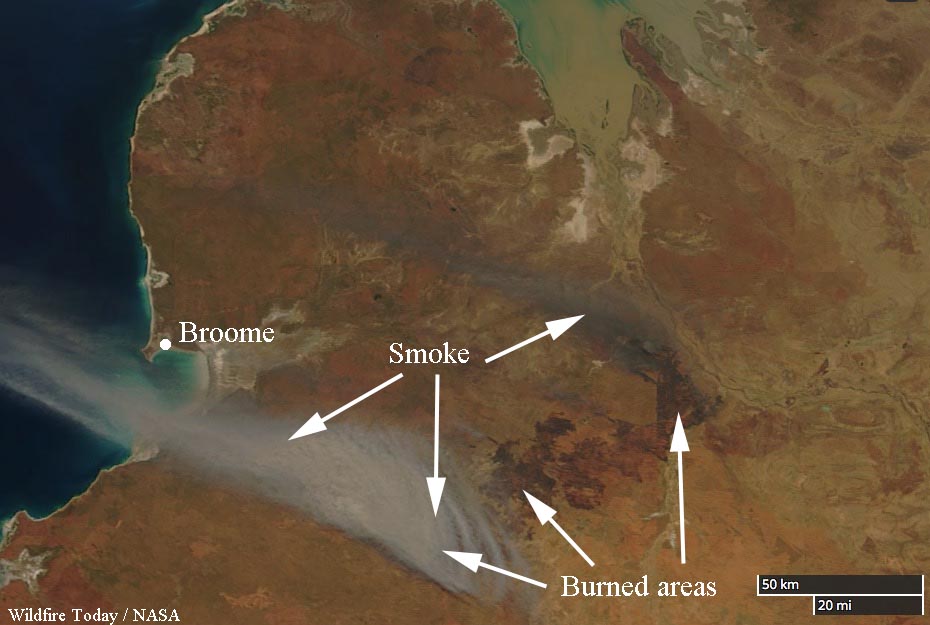 When we coined the term “megafire” for wildfires that exceed 100,000 acres, it was in the back of our mind that if a fire reached 1 million acres it would be called a “gigafire”.

In spite of the enormous size of the blaze in Western Australia there were no fatalities or damage to major structures.

The city of Broome was given the all clear Thursday morning.
Below is an excerpt from an article at TheWest.com:

Thangoo Station manager Rex McCormack said about half of the pastoral station was burnt but people and livestock were unscathed and water tanks and other important assets were undamaged.

“It is one of the biggest fires I remember from the last 10 years, but we felt safe in staying and defending the property,” he said.

“I didn’t feel scared in staying, I would have been more worried about that damage that could have occurred if I wasn’t there and it was more about being a resource to DFES.

“We were out back burning the property until about 1am last Wednesday, then up again at 6am. 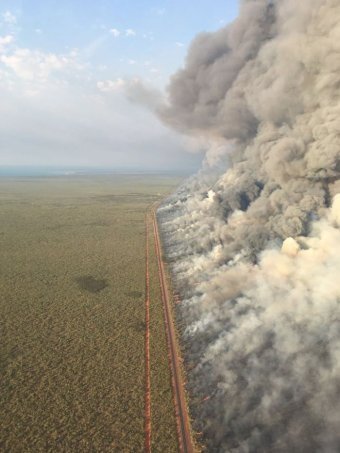 Robert Fanney
Posted by seemorerocks at 12:00